When a community comes to the rescue

Many company CEOs can speak freely about drought, and the threat it brings, without ever being personally affected.

Yet Terri Benson, the managing director of Australian water utility South East Water, is a leader who understands the threat of drought more than most.

Living in Melbourne she also owns a farm over 1000 kilometres away in New South Wales. Two years ago, a massive bushfire tore through the whole farm, decimating everything except the house. Luckily the cattle were saved after Benson and her husband opened the gates as they left the property so they could reach a creek bed.

It was the sense of community during the aftermath that really struck a chord with Benson and perhaps gives an indication why South East Water puts community interaction at the heart of its communications.

“The fire was devastating to see but it recovered quickly thanks to help from the community,” she recalls.

“We had people bringing bales of hay to the property and strangers dropping off fencing wire and posts. Communities are very powerful and I think that's the other thing about my current role – it’s being aware of who your community is and what they expect of you is a privilege.”

Growing up in energy

Before working in water, Benson spent many years in the energy sector. In her words: “I grew up in energy.”

Over 14 years, she rose through the ranks at Essential Energy, a regionally based combined retail and distribution energy company. Starting in accounting, regulatory and HR roles, she eventually became the managing director, witnessing “many mergers, as well as restructuring of the business and reform”.

"The community tie with water is much stronger than with energy.”

Benson says it was between 2008 to 2011 when she witnessed the disruption of renewables and the potential penetration of solar energy. Planning for 2030 and organising workshops addressing community-based solar versus rooftop solar, she faced resistance.

An engineer told her: “But Terri, your grandchildren will worry about this – you don’t need to worry about it!”

Today, she uses this example to give people a sense of perspective in forward planning: “Everything is up for grabs and it’s going to happen faster than you can see it coming.”

In November 2012, Benson moved from energy to water, joining Seqwater as managing director. Shortly after being appointed, she led the merger of three companies into one.

“That was a really interesting year, restructuring that business as that included water supply, and security of supply having come out of nine years of drought in Queensland.”

Drought is a topic Australians know only too well, with parts of the country facing a one-in-120 year super drought.

While the water utility provides services to 1.8 million people across Melbourne’s south-east, the city’s population is set to double by 2051. 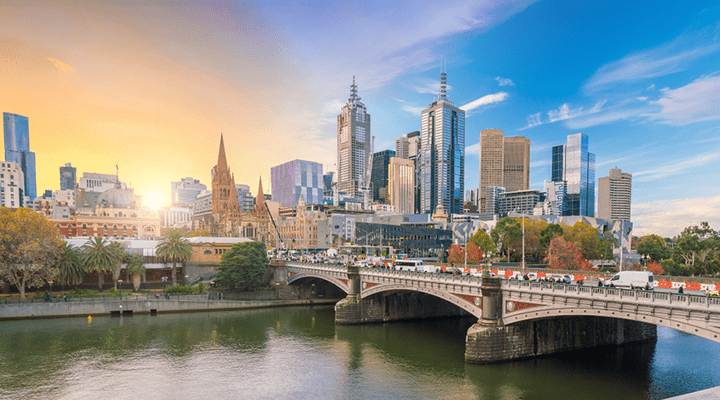 Despite the future challenges facing the business, she believes the connection between utilities and customers will become more important in the future.

“People are passionate about water in their lives,” she explains enthusiastically. “We're the silent provider. In some ways, the water authorities are nearly invisible to a lot of the customers, but it's essential to their lives. As soon as something happens to it, there's no room for error and the sense of community around water is much stronger than energy.”

One project that defines South East Water’s link between water technology and the community is Aquarevo. The development previously housed a water treatment plant. Instead of selling off the land, the utility has been working in collaboration with Villawood Properties to create a residential development with a difference: to showcase the future of water, matching supply with demand using machine learning.

In total, 440 homes are being built with potable water, recycled water and rainwater all being piped for their different purposes to reduce reliance on drinking water. This includes:


Added to which, educational forums are organised for new residents, which Benson says have been “oversubscribed”.

South East Water’s network includes 25,000km of pipes and eight wastewater treatment plants. One of these is the Boneo Water Recycling Plant on the Mornington Peninsula outside of Melbourne.

In need of an upgrade to handle local agricultural demand and peak demand from Melbourne during the holiday period, the utility put out a tender for a design, build and operate (DBO) project for 10 years. Works have started onsite to expand the capacity. 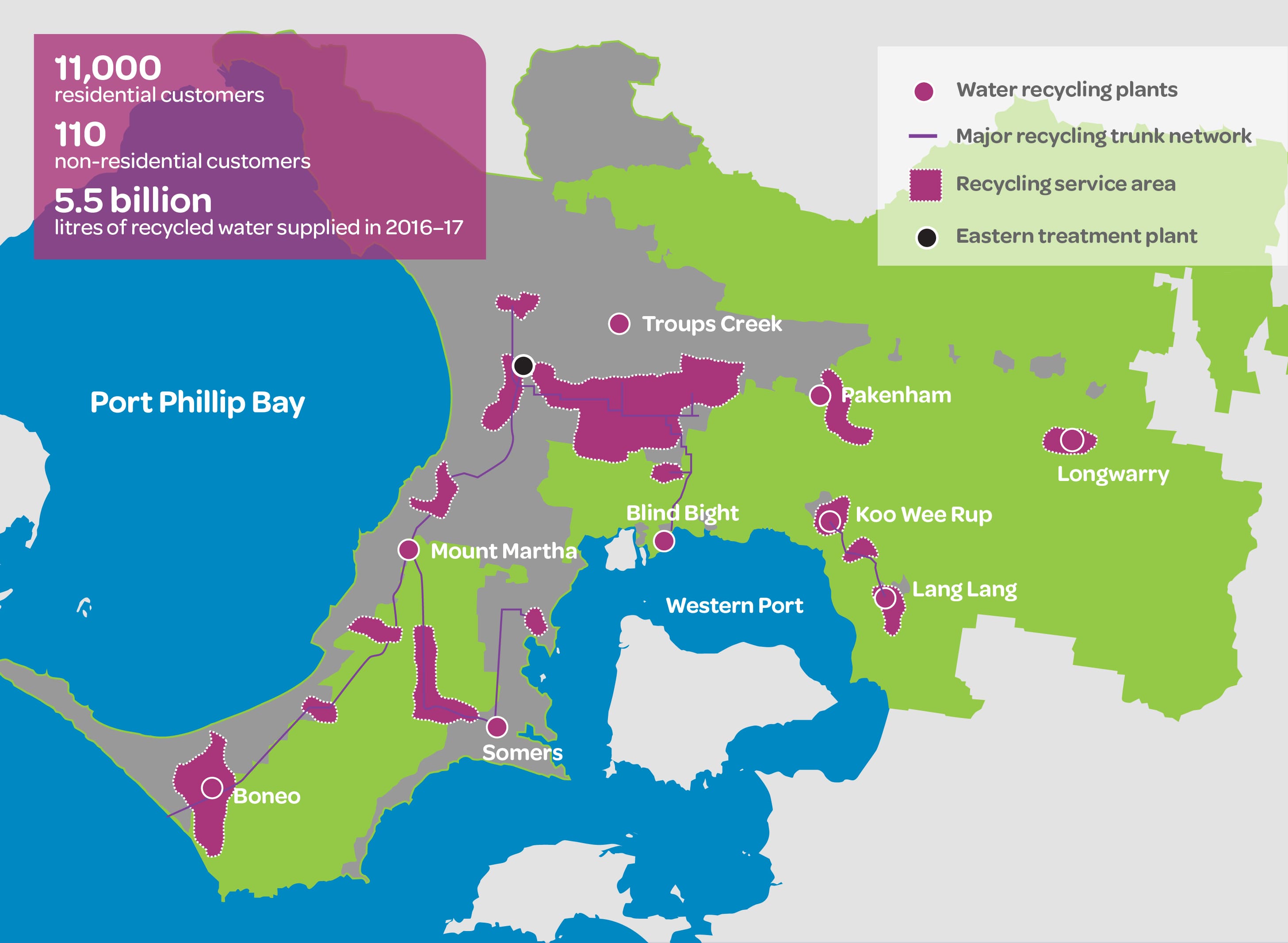 With the utility committing to a 40 per cent reduction in emissions by 2025, the Boneo project will eventually contribute to this.

“We’ve looked at this project not only from a water treatment technology point of view, but also energy and bringing in the thinking around waste energy technology,” says Benson before adding: “This includes biogas and how we might supplement the wastewater process with waste streams that may be available in the Peninsula to create a biogas and waste energy recovery as part of the process.”

In Frankston, Melbourne, South East Water has been conducting a digital meter programme which revealed that on average, six per cent of customers had leaks, costing both money and water.

It’s communicating this problem to its customer base where Benson believes digital solutions should be used.

“Just dropping people a note, or sending them an alarm is not going to be good enough,” she points out. “You’ve got to provide them with options to how they can fix the problem. Everyone's becoming more connected and the world we live in is increasingly interconnected, and that's for us and our customers. We're engaging with our customers now and making those changes to bring them on that journey with us.”

“It’s amazing to see different types of skills coming into the organisation. It all hinges around the customer perspective but also the technology perspective and how we can get them to meet in the middle has been really exciting.”

The managing director believes the water sector has learned from others who have been more digitally progressive, whether it’s airlines or banks who were “ahead of the curve”.

South East Water is integrating the smart meters with other sensors in its network across both the drinking water and wastewater systems that will eventually lead to the utility becoming “data-rich”.

She predicts that soon, they will be getting as much data in one day as they used to get in a year.

“That's a big growth in data, so let's plan for how we use that data because there's no way we can use our current business processes to cope with that data,” adds Benson.

Part of the rebuilding process, ahead of the new data, includes creating an online platform to house the new datasets, as well as recruiting new staff: digital, behavioural science, data science and consumer behavioural thinking professionals.

“It’s amazing to see different types of skills coming into the organisation,” she says. “It all hinges around the customer perspective but also the technology perspective and how we can get them to meet in the middle has been really exciting.”