Jaime Barba: It’s time to learn from our mistakes

Over 10 years ago Jaime Barba wanted to hire a water mathematician – a rare move in the water market. Today he leads a digitalisation charge as CEO of GoAigua. He speaks to Tom Freyberg about why it's important to be open about mistakes and the world's first, true 'Digital Twin' model for water.

Why there needs to be more openness in water

Openly admitting to mistakes is normally frowned upon in the global water market. After all, you’re dealing with the delivery of a service and element crucial to sustaining life. Get it wrong and the mistakes can be catastrophic.

Take the lead poisoning example in Flint, Michigan or even the lack of planning that left Cape Town on the brink of a Day Zero water situation. Both events have cemented a place in the water authorities’ legacies, not to mention wider history books, for years to come.

Yet Jaime Barba Sevillano is one man who thinks the industry needs to be more open and honest about mistakes to help everyone learn.

The immaculately dressed Spaniard, with transparent framed glasses, slicked-back hair and the self-assurance of someone with ambition and the know-how to back it up, is the CEO of digital solutions company, GoAigua.

A telecommunications engineer and graduate from the Universitat Politècnica de València (UPV) in 1999, he has spent 20 years in the water market.

It was 12 years ago when Barba was the chief technology officer of Global Omnium, the water utility serving the Spanish city of Valencia.

At the time, the company managed 21 drinking water plants, 12,000 kilometres of pipes, multiple wastewater treatment plants and 1.2 million supply points across 400 cities. You could say it was a sizeable operation. Yet it was Barba’s visit to a car manufacturing site in 2007 that sparked the genesis for the digital solutions company.

“We had all of the know-how of the operation, maintenance and engineering teams across multiple assets,” he says. “We started to change the process, which was really hard. We decided to put sensors in every asset we had.”

One of the first measures was to issue PDAs (personal digital assistants) to ground staff, who sent back images and parameters to be analysed. Using the resulting data, Barba says they revised payment agreements with contractors based on the “quantity and quality of new data”.

This saved the company €7 million annually, he adds, and that "even today, not all the companies have this kind of process integrated with the contractors or with the system".

In 2008, the money saved from this “operational tweak” was then reinvested back into “technology and integration”. First up was installing smart meters across the city of Valencia.

“It was the first city in Europe with only smart metering in a fixed network,” he adds. “We received all this information and we opened the gate for other cities to do the same. We then had 700,000 metres within a fixed network. This was 10 years ago, not today!”

We need a mathematician

It was shortly after this that the company realised it needed to invest and bolster its IT team to catch up with the new streams of data, or what Barba calls the “start of the Big Data system”. In 2011 he insisted on contracting a mathematician; a decision not widely encouraged at the time.

“It was not fashionable back then,” he laughs. “At the time the water market didn’t fully understand the idea – it was a rare move over ten years ago! However, I pushed the idea through, which was supported by our company board.”

Only one mathematician was hired and was immediately put to work, helping to ensure water levels in household tanks were filled exactly where and when people needed the water; effectively rebalancing supply and demand algorithmically.

“Every day we know what is going to be the hourly cost of the energy the next day,” he adds.

Hiring a top a number genius clearly paid off. Within a year, Global Omnium saved one million euros and today the company has 10 mathematicians, all crunching numbers to see where water delivery can be improved, and energy saved.

The birth and growth of GoAigua

It was in 2018 when Global Omnium created GoAigua as a separate independent, dedicated company in the digital transformation space. Being born out of a water utility, this enables the company to benefit from “fully understanding the problems”, according to Barba.

“First we didn’t actively go to the market,” he recalls. “People came to us, to Valencia to see the system we had developed in operation.”

Today the Spanish firm operates in 400 cities in Spain and internationally in Qatar, Colombia, Angola, Venezuela and Ecuador. For the latter, a 10-year digital transformation was signed, including a billing and monitoring system.

On the path to creating a fully digital utility, one of the main challenges continues to be 'human-driven resistance', as Carla Reid from the Washington Suburban Sanitary Commission (WSSC) recently expressed.

So how does the company anticipate overcoming this cultural challenge, particularly as an external third party coming into a utility?

As part of the consultancy process, the company interviews the utility and analyses senior IT, OT or CTO-level executives to “find out if one of these three people have the vision – if they do, then we are going to have success with this company”.

It’s strange to think that a third-party vendor is actually interviewing the potential utility customer, not the other way around, as you would expect. Barba is essentially looking for internal digital ambassadors in his customers; someone to spearhead the change and overcome human-driven resistance from the inside out.

To help with this, he has amassed a team of 20 people who are process engineers on paper but in reality act more like international diplomats, negotiating internal politics and resistance. “They are the heroes,” he adds.

As the expression goes, ‘once bitten, twice shy’ and the CEO now has a strategic focus to carefully select projects where internal digital ambassadors are clearly present.

“The first mistakes we learned was from working with companies that haven’t decided that they want to change,” he admits. “So now we reject this kind of project. These are usually projects where I don’t see really strong convictions of wanting to change their process.”

Discussing the company’s strategy for the North American market, the CEO adds: “Our strength is that we are able to combine all of the information on leaks with the information from the billing system, the smart meters, the network and assets. We cross information together using different skillsets for different users. This is not solved in most companies that I have seen.”

The phrase 'digital twin’ is definitely in fashion and has firmly made its way into the smart water lexicon. Although the concept has been around since 2002, the internet of things (IoT) based technology has enabled it to be more cost-effective to implement.

But what does it actually mean? By definition, in water a digital twin is a virtual replica of a physical asset, used to understand the physical counterpart’s performance under different circumstances.

When mentioning digital twins, Barba’s face lights up with excitement. He believes that for all the hype and discussion, there remains only one real example of a digital twin and that’s in the Spanish city of Valencia. He says the system has the ability to forecast demand, in real-time, for the next 15 minutes. 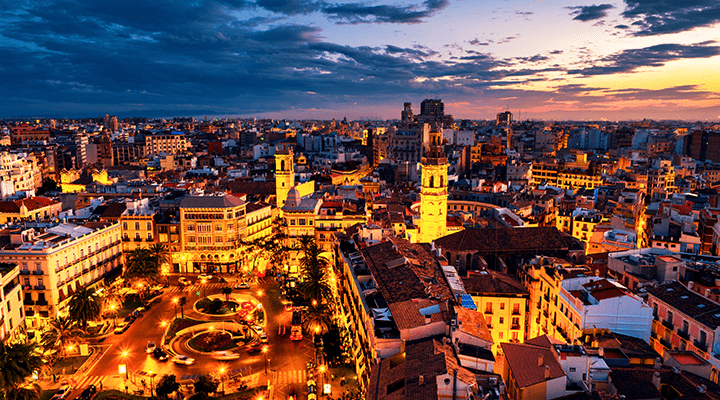 “Every day we are calculating the model by changing the pressure – we can calculate down to the second,” he enthuses. “I haven’t seen this in another utility. I visit a lot of utilities and they have a real-time focus for the next 15 minutes."

When asked if this is the only example in the world of an operational, true digital twin model, Barba responds: “Yes - that I’m aware of.”

On his journey to build a business, in the process building an army of internal utility digital ambassadors, Barba has demonstrated considerable courage.

Despite leading GoAigua, a relatively new company in the digital space, he is more than happy to turn down work and potential revenue. If he can’t find like-minded individuals within a water utility willing to embrace and push through the change with them, then he moves on. It’s a business decision.

Human-driven resistance can stifle innovation, particularly digital innovation. Barba acknowledges the challenge and has a strategy: if the shoe doesn’t fit because people are against the principle, then move on until the company finds a like-minded organisation.

With the company now in discussions with a utility in Hanoi, Vietnam, the CEO has his sights set on the Asian market, as well as North America.

Admitting to mistakes is not easy for anyone, particularly those involved in water. Yet making these mistakes, learning and being willing to share from experiences learned will make Barba stand apart in the ever-popular digital solutions space.

- Jaime Barba Sevillano will feature as one of the keynote panellists in the Aquatech Innovation Forum taking place on November 4.