Changing the algorithm will enable a move from potable to wastewater

The market for leak detection systems and sensors could be called crowded for potable water networks.

After completing 200 projects in this space, satellite-based infrastructure intelligence company Utilis is preparing to take on another major challenge facing the water sector globally: sewer pipe breaks and leaks.

Speaking to Aquatech in a video interview (watch video above) at Aquatech China in Shanghai, Jonathan Jacobi, EMEA sales manager, said that by changing algorithm, the same satellite technology will enable the company to find different types of water, not just potable.

He said: “As we see it today, there is a lack of regulation within the wastewater networks. The only time that leaks are being found are when people smell it. They call up the authority and somebody comes to fix it. Even that process takes a very long time."

“We are seeing more and more water authorities on the national or even state level wanting to proactively stop the leaks from the wastewater networks. It’s inflicting a lot of problems onto the environment: pollution of the ground and pollution of water sources. It’s a big issue.”

Jacobi said Utilis was asked by a national water authority to look into a sewer pipe break issue.

“It’s actually more complicated that regular potable water leak detection,” he added. “We’re not talking about acoustics – we’re talking about a ground penetrating radar (GPR). It’s a much lengthier process but again in comparison to what?”

How the satellite process works

Founded in 2013 and commercialised in 2016, the Utilis satellite process has been used on 200 projects around the world. This includes the US, UK, Italy, Chile, China and South Africa. Yet how does it work?

A radar 700km above ground sends down an electromagnetic pulse, penetrating the ground to an average of 5 metres. This captures information such as where the water mixes with the soil after a leak, creating a dielectric signature that is picked up by the radar. Raw data then undergoes an algorithmic analysis to track the spectral ‘signature’ of potable water in the ground before the leaks are displayed in GIS reports, including street locations.

According to Jacobi, the aim is to give an “indication of a leak within a 100m buffer”. This then allows the acoustic teams or the “boots on the ground” to effectively go into the area and start looking for leaks.

Satellite success in the UK

In the UK market the company is represented by Suez Advanced Solutions and a trial with utility Yorkshire Water identified 44 leaks in Halifax and Keighley to save 333,000 litres of water a day. 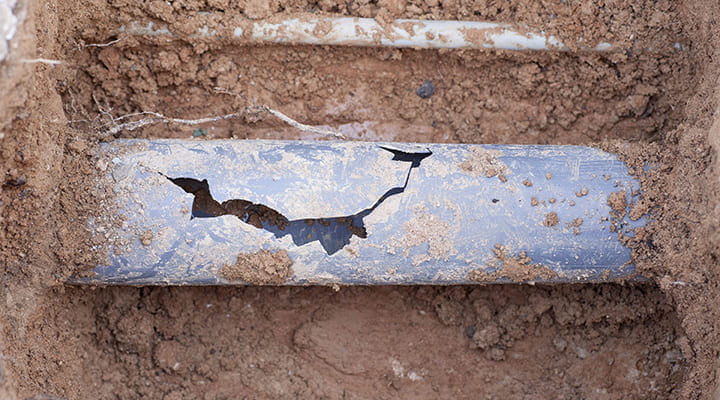 The company was recently picked by Aquatech as one of ‘Five progressive digital water technologies to watch’ after its work with the utility.

According to the utility, the technology was able to detect underground water leaks from pipes within a 100m radius. This is part of a wider ‘predict and prevent’ project in which the utility has also used drones to conduct an aerial topographical survey of 30km of pipework, stretching from York to Sheffield.