Rebekah Eggers: It’s time to get serious about AI

Rebekah Eggers is on a mission to ensure that man, woman and machine can evolve harmoniously together. Here, IBM’s IoT expert talks about her childhood influences, why blockchain should be taken seriously and artificial intelligence in the water utility market.

Why now is the time for action

Blockchain is a utopian vision of how we will pay for goods securely as part of Brave New World. Eliminating the need for banks, PayPal or Western Union, it’s a way to buy and sell goods securely without the need for these ‘middlemen’. Blockchain is a buzzword, often added to headlines, conference topics and podcasts to attract clicks and fill seats. Widely used yet highly misunderstood, blockchain is too early in development to be taken seriously, particularly when it comes to the delivery of water services. Agree?

Rebekah Eggers disagrees, strongly. The industry leader for energy, environment & utilities at IBM has been rooting for blockchain for some time and has the examples to back it up. The company now claims to have over 400 blockchain engagements, including in water.

In collaboration with The Freshwater Trust and SweetSense, the technology was used to create a market for water and empower farmers in Kenya and Sacramento in the US to manage groundwater rights. A Water Management as a Service Platform (WMaaSP) was developed as a unified platform for surface and groundwater data collection, system servicing, billing, data collection and action.

“The need and the concerns of those farmers in Kenya and Sacramento are no different,” says Eggers. “They’re so many miles apart but they’re experiencing the same challenges, and it’s incredible how the technology is being used to assign a value to this groundwater. Those that are overusing it should pay for it, and those that are underutilizing it have something of value that they could be compensated for.”

The platform links satellite reporting from borehole and flowmeter sensors with GIS water resource mapping to a dashboard and action platform. Data collected shows the runtime of each groundwater extraction pump, with sensors reporting daily regardless of the pump runtime.

To understand Eggers’s current role in IBM, it’s important to go back in time. For many industry professionals, being exposed to the inner workings of a utility is something they experience during an internship, work experience or even during engineering courses at college or university. For Eggers, this experience came much earlier.

The daughter of an electrical contractor, she spent several family vacations doing side tours of local utilities “because that was the world my father was in and that’s what I learned growing up”. Going on what could be considered ‘busman’s holidays’, she very quickly learned practical skills, learning how to screw on electrical outlet plates and other maintenance jobs.

Coupled with this was a childhood growing up in Buffalo, New York, during the ‘Love Canal Tragedy’ – one of the most devastating environmental affairs in American history.

“This was an immense environmental pollution disaster, affecting the entire neighborhood and surrounding community,” she says.

A third part of Eggers’s past which went on to shape her future was witnessing the impact of environmental pollution in the Great Lakes.

“I grew up near Lake Erie, which caught on fire because of the pollution,” she says. “I believe that there is so much more that we can do, that we have access to technologies that can begin to chip away at the world’s most enduring problems. It won’t be without challenges, but technology together with a healthy attitude and willingness to change can literally move mountains. My upbringing very much led me to an interest in water and what we can do to make this a better world for our communities.”

Now living in Los Angeles, California, which Eggers describes as “an area with epic ozone pollution”, the mother of four is determined to “see us make a difference”. 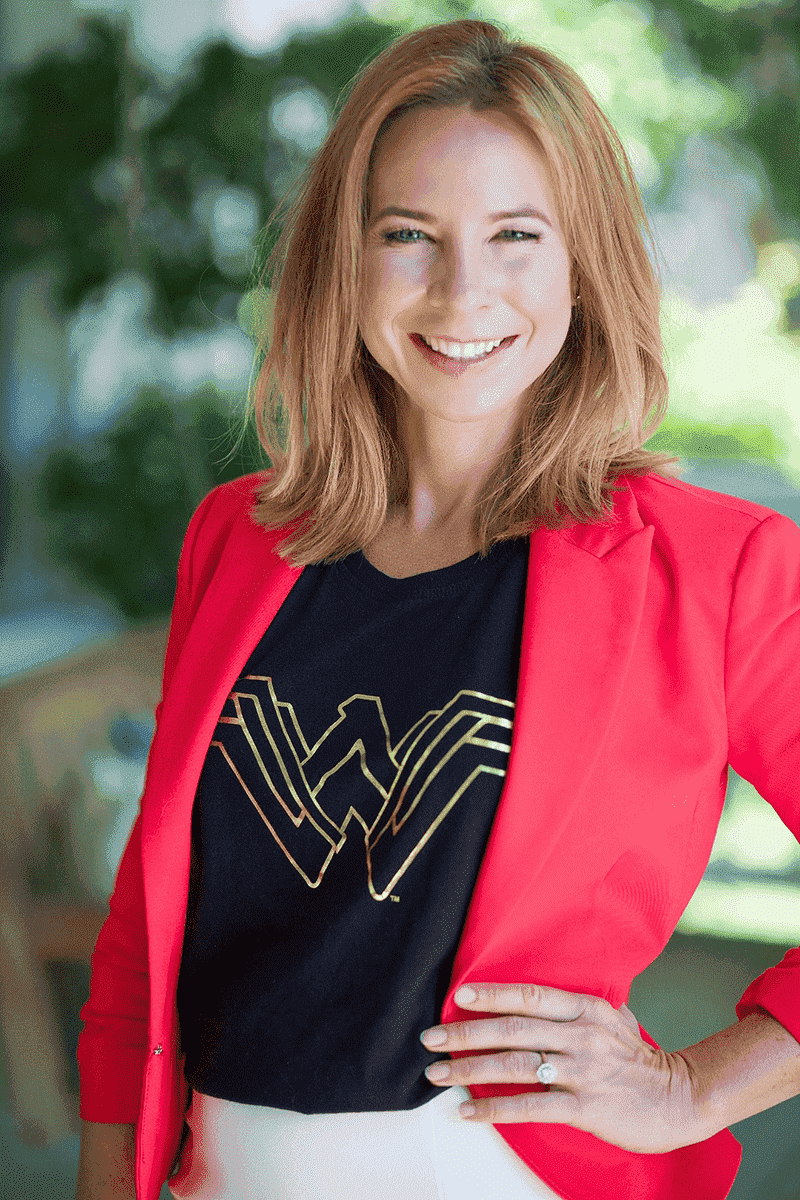 Data before Big Data was cool

In the World Class Finance Group at Arthur Andersen, she started to specialise on the “customer-to-cash”, or “meter-to-cash”, as it was called in the utilities space. “I became fascinated with the credit and collection area, and I guess that was sort of big data before big data was cool,” she added.

After this she moved onto roles at consumer reporting agencies Equifax and Experian, helping to provide utilities with data for “making the credit decisions”. Eggers sold the data, the technology and the services around that.

Then 10 years ago, leading utilities in NA were completing the process of implementing smart meters, particularly in California, Texas and Florida. As this was very early on in the evolution of the smart utility, there was a perception that: “You know what? We’ve got smart metres, so we’re smart now right?”

To help the business analytics and optimisation team to understand and analyse the data, Eggers joined the utilities practice at IBM, which is now called Energy Environment and Utilities.

“I brought across a stronger interest in water because I was seeing the progress that was being made on the electric side of the utility business and had a strong belief about water, although a very different business area, that the lessons learned from the electric space could absolutely apply,” she adds. “And water was such an important resource and such an essential element, if you will, and something that really needed attention.”

Since then, IBM has previously worked with US utilities including DC Water, Kansas City BPU, and Miami Dade Water and Sewer District, as well as Thames Water and Irish Water in Europe and Yarra Valley Water in Australia.

With 20 years now behind her working with utilities, Eggers says one of the most interesting cases was where predictive analytics were used on a utility’s infrastructure where trunk bursts had been experienced.

Data analysed found that reservoir levels were noted as being “unusual”, together with irregular pump behaviour before bursts occurred. When the data was grouped together, it could predict the bursts but when left in silos, it wasn’t enough.

According to Eggers, water companies often have 150 sources of data yet say there is no practical way of harnessing the information to make informed decisions. She added that by creating a digital twin – a step many utilities have not fully taken - it will help support the journey to digitisation and, ultimately, transformation.

Changing the I in AI

Regardless of whether it’s under or over-hyped, artificial intelligence (AI) and its role in improving the delivery of water services is provoking discussions at many levels.

One notable example is UK water company United Utilities signing an eight-year framework agreement to use AI to take over control centre responsibility on an existing, automated part of its drinking water network.

Despite this initial progress, which could be called a giant leap for the inherently conservative water sector, Eggers believes the definition of AI needs to be changed.

“We’ve learned that the A in AI stands for "augmented," not "artificial",” she says. “And, as a result of that, man and machine will need to learn to work in harmony,”

A common, perhaps sometimes irrational fear behind losing control to AI systems is that it can eradicate the need for a human workforce. Eggers downplays such fears.

“The symbiotic relationship between man and machine is so much stronger than just man or machine alone. As a result of that we recognize that, 100 percent of jobs are going to change. We're so sure that the relationship of man plus machine is so much more powerful. And yes, some jobs will be eliminated, but it will be the jobs that are tedious, like monitoring the inside of a sewer system.

“Those are going to go away because AI can do that. But there will be new jobs. Think about the jobs lost when we went from rotary to smart phones. True, we don’t have operators anymore, but think about the jobs created by the millions of apps we’ve developed.”

Ethics and removing the AI bias

Eggers adds: “We can use computer vision to see the things that man cannot, because five hours of inspecting a fuselage or watching the inside of a sewer system, you're going to miss something with human eyes because you're tired, but machines will not. And let's elevate man to be able to deal with the anomalies, to be able to fix problems, to be able to solve puzzles, and do those things that humans do well.”

A discussion on AI inevitably leads onto ethics. Just how far can, or should, AI go? As an engineering business, physically moving and treating water, human intervention will always be required. And it’s because of this that perhaps our views on working with AI can be blinkered and less open than they could be.

IBM is currently looking into how the bias can be removed surrounding AI.

“When humans train machines, especially educated humans or wise humans who have been in the business for some time, we naturally have biases,” says Eggers. “So how do you remove the bias from AI? When humans are training the machines, a bias will naturally get in the way. So, we're researching and trying to figure out how to remove that.”

The water sector is no stranger to trials, MoUs, partnerships and pilots. Even for the latter there is an ongoing, inside joke: the water sector has more pilots than an airline. Eggers believes now is the time to turn this learning into concrete action and business.

“We’re getting comfortable with the idea of digitalisation across many industries, perhaps not as much in water,” she says. “We have done several pilot projects and tried things out. But now it’s time for chapter two – it’s time to get serious.

“We’ve got to scale this across organisations; we’ve got to implement it and we’ve got to change. Because playing around with this new technology is one thing, but now it’s time to really get serious and begin making a difference.”

With access to IBM’s latest research, coupled with her background and witnessing the beginning of the ‘smart utility’ over 10 years ago, Eggers has seen first-hand how data can be used for the good when it comes to water supply.

Blockchain may continue to attract its fair share of cynics, critics and naysayers, but then every new technology, software or system does so at the start. The lessons learned from the Kenyan and Sacramento water trading project, enabled by blockchain, need to be shared widely.

Optimistic, passionate and with a strong vision for the future, Rebekah Eggers is perfectly placed to spread this word. There is no doubt we need sharp minds like hers too, in order to help us all navigate our way through a sometimes daunting Brave New World.

-Rebekah Eggers will be one of the keynote speakers at the Aquatech Innovation Forum on November 4. More information can be found here.