Digital solutions and their impact on human workforces

There is no doubting that digital technologies and the increased availability of artificial intelligence (AI) have piqued both interest and scepticism among water utilities.

A question facing many industries is how far can digital solutions go and what impact will they have on human workforces?

One UK utility is demonstrating that machine really is better than man, or woman, for certain tasks and has adopted a novel AI system to take over control centre responsibility on an existing, automated part of its drinking water network.

"Machine learning is changing the way our industry builds digital twins… With machine learning, we can now leverage live data to build dynamic models that not only predict future conditions, but are self-correcting and significantly minimize manual overhead.”

This followed a demonstration site being set up in the OIdham District Metered Zone, selected due to its “remote control capabilities and high degree of instrumentation at sites”.

After a 12-week programme, Emagin and UU estimated that they generated 22 percent in cost savings, giving a “payback period of five months”.

The utility said that the employees previously responsible for this task have been repositioned to spend “more time on human intervention and skilled work”.

In total, 80 companies applied to take part with the list whittled down to seven suppliers in total. Following the ten weeks of the Innovation Lab, United Utilities then decided to continue working with four of those seven companies, including Emagin.

Kieran Brocklebank, head of innovation at United Utilities, said: “Emagin was the first company we’ve come across who have high technical skill in AI, which is a huge digital innovation trend, and also couples that with water industry experience.” 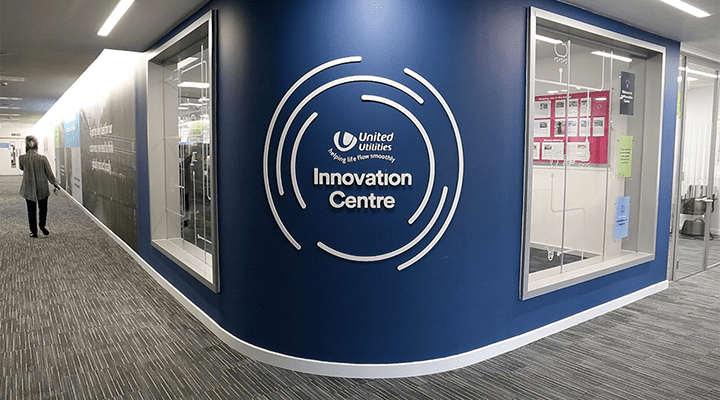 Thouheed Abdul Gaffoor, CEO and co-founder of Emagin, said: "Machine learning is changing the way our industry builds digital twins. Traditionally, we've relied on explicitly defined numerical models. These are hard-coded and require significant human intervention to maintain.
“With machine learning, we can now leverage live data to build dynamic models that not only predict future conditions, but are self-correcting and significantly minimize manual overhead. This means the operational workforce of the future will be far more agile in responding to the challenges of the industry."

Another company to succeed from the Innovation Lab was UK pipe sensor company Datatecnics, which has secured a two-year trial with United Utilities.