Smartphone giants start to dial in water use

Though not generally compatible with water, smartphones and mobile telephones represent a significant consumption of this vital element.

This is especially the case when considering the wider supply chain and manufacturing process.

Responding to the demand for greater sustainability, consumer electronics giants like Samsung and Apple are investing huge sums of money to make the supply chain more sustainable.

US corporation Apple, for instance, recently splashed with the news that it plans to bring its entire carbon footprint to net zero by 2030.

"While much of the focus is on reducing emissions….considerable opportunities remain in water conservation and stewardship."

While much of the focus is on reducing emissions from energy use and conserving resources like metals, considerable opportunities remain to make big gains in water conservation and stewardship.

In its 2020 Environmental Progress Report, for example, Apple detailed how both data centres and suppliers’ manufacturing facilities rely heavily on water, far more than corporate and retail installations.

The organisation said it examines its usage in a local context and beyond to the region, the supply chain and even global resources.

In 2019, Apple facilities used 1.3 billion gallons of water, with the use of freshwater (excluding temporary water uses) increasing by just nine per cent over the same period,

Using the Aqueduct tool from the World Resources Institute, Apple identified more than 100 top supply chain sites where it is providing tools, training, and water engineering to reduce usage.

2019, 136 suppliers participated in its Clean Water program, which it claimed is saving more than 9.3 billion gallons of fresh water. 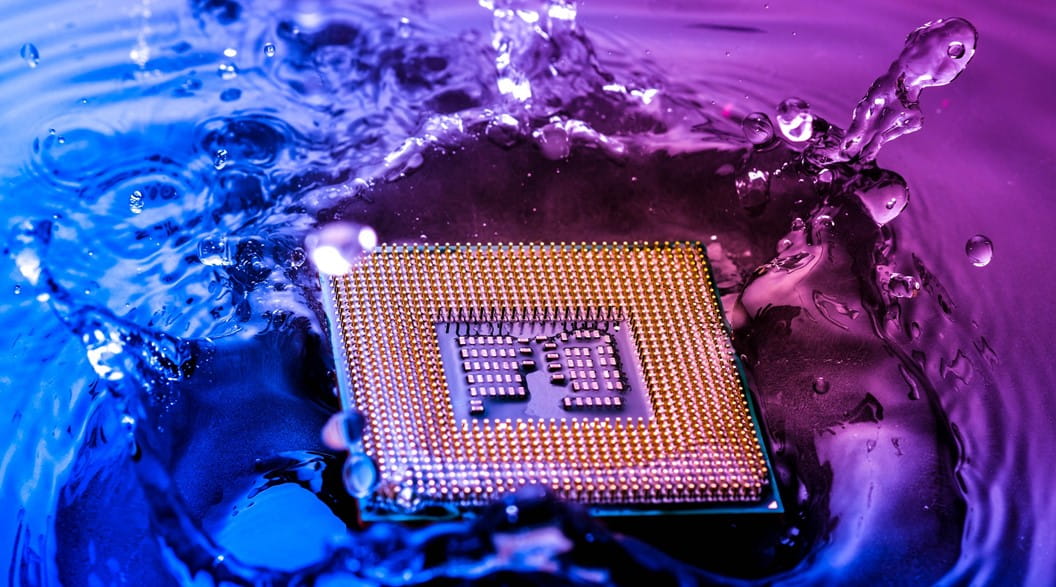 One China-based supplier, for example, developed a recycling system using electrolysis to remove copper from water following a micro-etching process.

That approach enabled the supplier to reuse 53 per cent of the local water they rely on. On average, suppliers in the Clean Water program have achieved a 40 per cent wastewater reuse rate.

Prioritising manufacturers of modules that involve a water-intensive production process or those that create wastewater, Apple said it is focusing on locations in areas of increased water risk, including Maiden, North Carolina, Mesa, Arizona, and in California’s Santa Clara Valley.

These locations also account for more than half of the company’s facilities-based water use.

However, some supply chain manufacturers are making rather more significant progress on water use.

Intel, for example, has already announced that it plans to be net water positive by 2030, exceeding a previous target for 100 per cent water restoration from its manufacturing activities by 2025.

To achieve its new 2030 goal, Intel will need to increase water conservation to “record high levels” of 60 billion gallons by the end of the decade, a plan which will also need to include funding external water restoration projects.

Since 2000, the company reports, it has achieved a 38 per cent decrease in water use intensity.

Meanwhile, back in 2014, Huawei's Honor 6 Plus Smartphone became the world's first smartphone to be issued with a Product Water Footprint Verification Statement by German verification company, TÜV SÜD.

The results of the product water footprint also provided a reference for subsequent Huawei products in terms of design, production and better water efficiency.

In 2019, Huawei used 3.4 billion gallons of water across its entire operations, which was “up 28 per cent year-on-year”.

The organisation claims to have increased the amount of water it recycles by 10 per cent from the previous year.

This was achieved through a combination of optimising worksites, improving manufacturing processes and establishing recycling systems.

At the same time, Samsung’s renewable energy usage reached 92 per cent in the US, China and Europe in 2019 and the company is on track to reach 100 per cent by the end of the year.

Apple’s wider plans include reducing emissions by 75 per cent by 2030 while developing innovative carbon removal solutions for the remaining 25 per cent of its comprehensive footprint.

The organisation was unavailable to comment on its water usage.

However, in previously released press statements, Apple’s CEO, Tim Cook, said: “Businesses have a profound opportunity to help build a more sustainable future, one born of our common concern for the planet we share.”

Major consumer electronics manufacturers have a significant role to play in improving the environmental performance of their products. Top tier players are already making considerable efforts to reduce resource consumption.

It is also clear that considerably more can be achieved to improve water use when it comes to communicating the progress being made and challenges ahead.