Listen to this article read to you by Pien Ankerman:

What is a fatberg?

The term “fatberg” is slowly but surely, making its way into the vocabulary of the general public.

Defined as “a large mass of fat and solid waste that collects in a sewer system”, fatberg was even announced as one of 533 new words to be added to the Merriam-Webster dictionary.

Water utilities can spend millions every year clearing blockages as a result of homeowners and businesses pouring fats, oils and greases (FOG) unnecessarily down drains.

It’s estimated that there are over 300,000 sewer blockages across the UK annually.

To put this into perspective, utility South West Water estimates it spends a whopping £4.5 million every year on clearing blocks from its 17,000km sewer network.

What are the biggest fatbergs?

With multiple reports of fatbergs popping up across the UK, this is one challenge that doesn’t seem to be going away, despite increased campaigns on FOG.

It also raises the question of which fatbergs discovered are the largest? Together with the help of Swift Comply, we took a look at the biggest found in the UK (in no particular order).

1. Fatty McFatberg, the King of Fatbergs

This beast, the undisputed ‘King of fatbergs’ nicknamed “Fatty McFatberg”, became famous around the world and single-handedly put London’s fatbergs on the map.

Some pieces of the fatberg have even been displayed in the Museum of London, and a manhole cover installed by utility Thames Water as a tribute to the workers who extracted it. 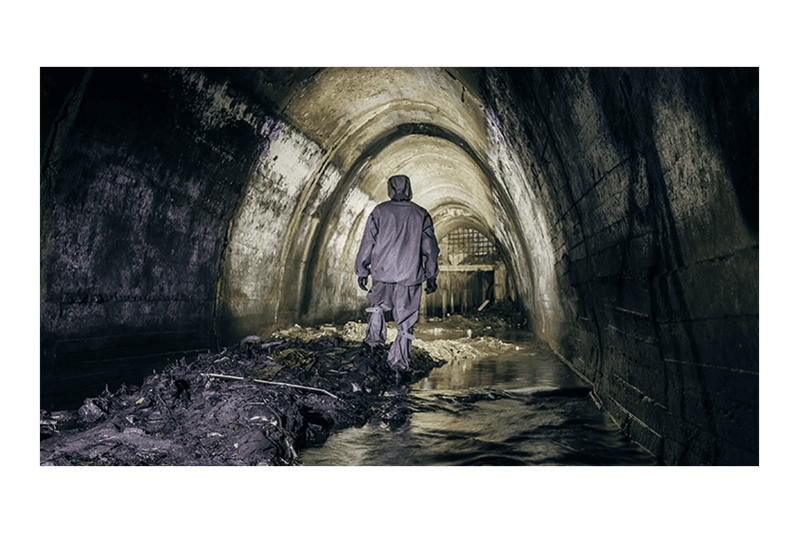 More than twice the length of two Wembley football pitches, it weighed the same as 11 double-decker buses.

Thames Water said it took a team of eight, working every day for several weeks, to break down the mass using high powered jet hoses. They would remove 20 to 30 tonnes on each shift.

Interestingly, Fatty McFatberg was converted by waste to power company, Argent Energy, into around 10,000 litres of biodiesel.

Called the Dublin Road fatberg, this monster was estimated to weigh “a couple of hundred tonnes” and clogged up a sewer under takeaway restaurants in Belfast.

Gavin McCready, network sewerage manager at Northern Ireland Water (NIW), was quoted by the Irish Times as saying: “While most businesses use grease traps and bin their waste correctly, those that don’t are contributing to a massive fatberg in the sewers around the area.”

The utility said that while it is upgrading existing sewer capacity, it needs the public and businesses to stop disposing of FOG down the drains.

3. Welshpool gets to grips with fatberg giant 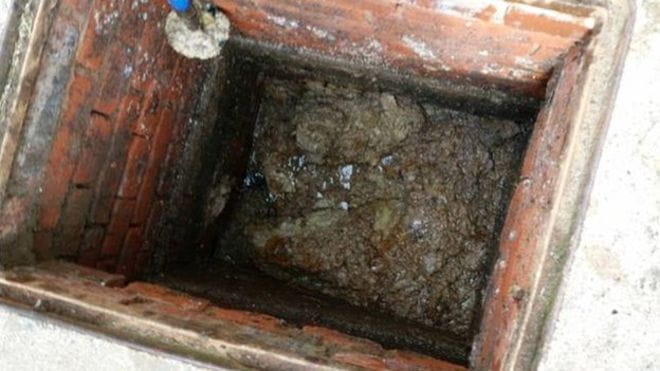 Found at the Welsh town hotspot known for sewer blockages, this fatberg eventually led to manholes overflowing onto the streets.

Utility Severn Trent Water described this gigantic fatberg as the length of a football pitch, which took its team five hours to clear.

Homeowners in the area were warned about pouring fats and grease down the drain, but the utility said it has still dealt with 143 incidents in the area since 2011.

United Utilities (UU) discovered what has been called the northwest’s biggest-ever fatberg, measuring 84 metres and weighing the same as 13 African elephants.

Wingith sewer systems designed for water, toilet paper and human waste, the addition of wet wipes and FOG have contributed to over 25,000 sewer blockages in the North West every year.

A utility spokesperson was quoted as saying: “Fatbergs block our sewerage system which can wreak havoc in homes and businesses.”

Answering the question of whether it’s safe for engineers to handle fatbergs, UU said: “There is a potential for gas pockets to form within the fatberg so full breathing apparatus equipment, gas detector and health and safety approved electrical equipment must be used when removing the material within a confined space in the sewer.”