Ari Raivetz is on a mission to accelerate sustainable design in water engineering. The CEO of Software as a Service (SaaS) company, Transcend, speaks to Tom Freyberg about spinning the company out of Organica and why automating “engineering bottlenecks” could speed up innovation.

Paying back his debts

Before starting his journey into the water sector, Ari Raivetz admits he amassed a substantial ecological debt. How?

By “raising money for oil and gas companies – everyone who’s destroying the planet”.

He said it was during a key life moment that he decided to change directions to focus on “bringing climate impacting technologies to market”.

“When my kids were born 14 years ago, I paid back my loans from business school and decided I'm just going to spend the rest of my life paying back my debt to the planet because I have a big one," he says.

Today, the CEO is recognized for his relaxed, jovial character, yet a businessman who knows this stuff. When I speak to him, he seems even happier than usual. It’s not surprising. His company, Transcend Software Inc, recently secured $10 million in equity investment.

Led by Aspen Capital Group, HG Ventures and PureTerra Ventures with participation from existing investor Vespucci Partners, this is the second round of financing and follows a $3 million seed round.

“It's always good validation for a new start-up concept when you're able to raise capital successfully," he tells me.

The company was launched in 2019 with a mission to “accelerate sustainable design in water and infrastructure engineering”.

A private equity (PE) fund Raivetz worked for had invested in Organica in 2008. He relocated to Hungary in 2011 after the founders recruited him to take up the position as CEO. The business was already 10 years old and had 20 plants operating in its home nation.

“I didn't understand why the business couldn't scale – it was a proven technology,” he says. 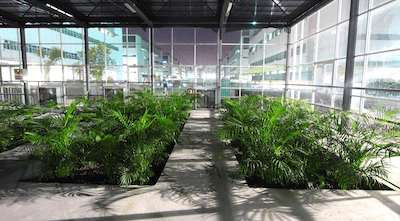 After spending some time looking into it, he found the answer: “We were spending 300 hours over three weeks just to bid on a single project. Five different people had to do design work.

“If clients would want to change something, you'd end up spending hundreds and hundreds if not thousands before you were able to contract or sometimes even bid on a deal. And it just wasn't economical. There's no way you'd be able to scale that business.”

And so, the spark and genesis for Transcend began in 2012, with the software being developed over two years. From 2014 Organica started using the solution with positive results – 50 further projects were signed, helping the company grow from 30 to 100 people.

"It was clear at the time if this software could help Organica grow that quickly, think about what it could do for two groups?” he adds.

The solution was effectively "incubated" while still under the Organica roof, meaning it could hit the ground running upon launch, without the need for the heavy-lift traditionally associated with building a software start-up.

“The SaaS solution was used for a long time before the spin-out,” adds the CEO. “And because of that, we don't need to hire as many developers. The product's more mature than a one-and-a-half-year-old business would normally be.”

“That engineering is a bottleneck. They can’t get proposals out fast enough.”

Transcend started signing customers towards the third and fourth quarters of 2020. Today, without naming names, the CEO says it has “dozens”, including technology OEMs (original equipment manufacturers) making up less than half the customer base.

One example he mentions includes the Membrane Bioreactor (MBR) business of SUEZ.

“If you're selling an MBR solution, you have to do engineering work and either you send it to an engineering firm or an industrial user or the utility end-user. That engineering is a bottleneck,” he adds.

“They can't get proposals out fast enough. They can't efficiently evaluate options, and this becomes an efficient tool to help them do that. And then we'll expand to other parts of their product portfolio over time.”

The CEO adds that the software is being used for design-build projects, which he welcomes as a pathway to “drive more innovation.”

Getting past the gatekeepers

Raivetz is not afraid to ruffle a few feathers when disrupting “business as usual” with his software platform. He openly admits to having a client roster including the companies he is disrupting, for example, engineering consultancy Black & Veatch.

“The technology OEMs like Organica have engineering as a bottleneck in their sales cycle - anybody who sells an engineered system or membrane, filter or any equipment that has engineering around it.”

"Engineering firms are the gatekeeps to innovation…they can't evaluate different technologies the way that they should."

“The engineering firms are the gatekeepers to innovation in this industry, and they're very often very conservative. They can't evaluate different technologies the way that they should. This is why, in my opinion, we don't have as much innovation in water and don't have as good quality infrastructure as we should.”

The CEO attributes the gatekeeping mentality down to bandwidth limitations.

“They (engineering consultants) have a lack of capacity in preliminary engineering,” he says. “They don't want to do non-billable work, and they're not getting paid to assess 10 different options and find the most carbon-efficient one or what's going to happen in 20 years when climate change dramatically changes sea levels or water scarcity happens.”

A wild card in the Innovation Lab

Earlier this year, Transcend was selected as one of eight companies to participate in United Utilities’ third Innovation Lab programme in the UK. A total of 103 suppliers submitted 118 ideas to meet the themes of Systems Thinking, Circular Economy, Future of Water and Wild Card.

Designed to help start-ups get a literal foot in the door of a utility, the Innovation Lab has helped to shepherd companies such as AI company emagin, which was later acquired by Innovyse and UV-LED company Typhon Treatment.

Utility partnerships: Transcend was selected as one of eight companies for United Utilities’s Innovation Lab.

With Covid-19 restrictions, so far, Transcend’s participation has been largely remote and virtual.

"I do think more utilities should run Innovation Lab-type programmes,” adds Raivetz. “It certainly helps with the engineering firms and the tech providers as well. The utility potentially has 100 engineers internally looking at using a tool like ours.

“It raises the bar for what a technology provider or an engineering firm should deliver to the utility and more sustainable designs, more design options and ultimately better outcomes.”

From the interview, I get the impression that the CEO is positioning Transcend not as a software tool but more as an enabler, the platform to help streamline engineering design and fast-track start-ups into this ecosystem.

“I think you hit the nail in the head,” he smiles. “We think of it like a platform that's connecting those dots of the technology provider, the engineering firm that has to validate the design and then the end-user, the utility or a real estate developer or industrial company that ultimately will own the asset.”

By connecting these dots, he says, it can help to “speed up innovation not just in water but other industries as well”.

A capable businessman, Ari Raivetz has a track record of raising capital and scaling private companies. His initial success at Organica and the $13 million raised to date on Transcend demonstrate this.

It’s still early days in the Transcend journey but the initial results and investment, not to mention the client base, are promising. The CEO has every right to be jovial, and you could say he’s paying back his ecological debt, one sustainable and automated design at a time.