The OCWD general manager has been at the water utility for over 30 years. What has he learned?

OCWD general manager Mike Markus has been at the water utility for over 30 years. Here he speaks to Tom Freyberg about what he's learned along with recent developments on PFAS.

In cricketing terms, Mike Markus has put in a solid "innings" at the Orange County Water District, better known as OCWD.

An engineer by training, he's been at the water utility for over three decades. That's a whopping 30-year stint, for anyone counting. He started as the construction manager before moving on to manage the flagship Groundwater Replenishment System (GWRS) program and in 2007, was promoted to general manager.

When I first interviewed him in 2014, the OCWD had just won the prestigious Lee Kuan Yew Water Prize during the Singapore International Water Week.

Fast forward five years and the utility has picked up a plethora of other awards. Not only did it win the "Utility of the Future" accolade earlier in 2019 but went on to achieve the status "Leading Utility of the World".

Such accolades could easily inflate already overinflated egos of certain managers. But that's not Markus's style. From the interview in 2014 to today, he's remained humble, approachable, light-hearted and fun.

Markus admits that, like many engineers, he came into the water sector by accident but has remained for a lifelong career. 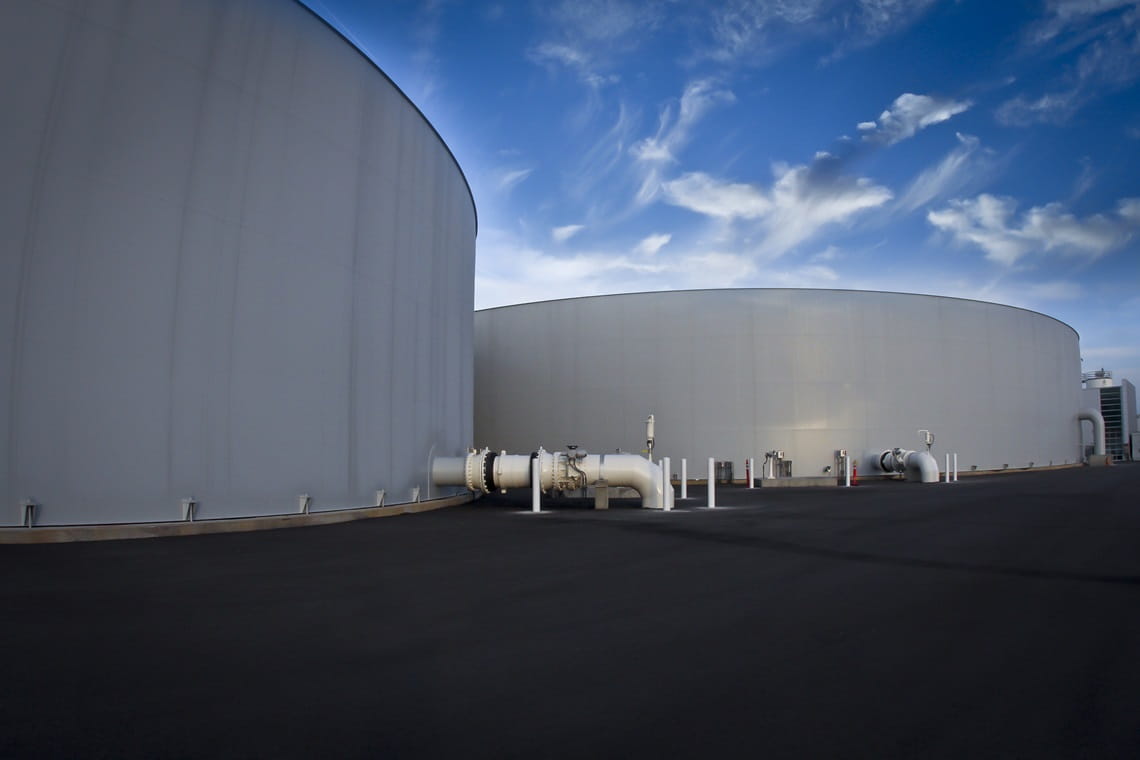 "I graduated college in 1978," he says. "It was at a time when there was tremendous growth, especially with the Clean Water Act. Wastewater agencies were having to go to secondary treatment, so there was a lot of work in that field. I just kind of fell into it. Those were the types of projects that I built early in my career and helped build early in my career working for a contractor."

A self-confessed problem solver, the general manager says he "loves putting things together".

"When I saw the opportunity at OCWD to act as their construction manager, I acted on it. I've been doing it for 31 years, have loved every minute of it and continue to love what I do. I think that when I stop loving what I do, then I'll walk out the door. But, right now, I've really enjoyed every aspect of my career."

One of the feathers in Markus's proverbial project cap is the flagship GWRS; arguably one of the world's most significant water recycling projects.

The three-stage advanced process cleans up wastewater before putting it back into the Orange County aquifer to create a sustainable water supply.

"It really goes back to the mid-1990s," recalls the general manager. "It was at that time when we started pilot testing some of the technology that really hadn't been used to purify wastewater before. So, we were looking at microfiltration which had been used on surface water but not recycled water, along with new polyamide membranes, reverse osmosis membranes, and also the UV [ultraviolet] light. So, we pilot tested them."

Initial work on the GWRS even inspired Singapore water agency, PUB, to introduce its own NEWater solution.

He adds: "Interestingly, at that time, Singapore PUB came over and visited us. And we actually shared some of the piloting information with them which helped springboard their new water projects back in Singapore. They were able to develop those a little bit more quickly than we were. I guess you might say we have a few more regulatory obstacles than Singapore does."

It was in 2008 when Orange County built its first facility which boasted a capacity of 265,000 cubic metres per day (m3/day). Following that, an expansion took the project to its current size of 378,000 m3/day.

"We have just awarded a contract and broken ground on our final expansion," adds Markus. "And that'll add another 113,500 m3/day, bringing us up to close to 500,000 m3/day which is enough water for about a million people."

Key to the success of any water reuse scheme is proactive and transparent public engagement. Get it wrong, and it can lead to projects being stalled and even mothballed. Get it right, as OCWD has, and the utility has long term access to a sustainable supply of water. OCWD remains a shining example of a utility getting it right; a success Markus is keen to credit to his peers.

"We had a committee at that time," he explains. "And they were the ones that said, listen, what we need to do first and foremost before we do any engineering or anything else, is we have to develop an outreach plan. And so, we developed that outreach plan in which I played a small part."

We had to take engineers who hate to talk to people and transform them to make sure that they were able to clearly articulate what it is that we were going to do.


Rather than hiring external consultants for the outreach, OCWD decided instead to look internally and train its own team of engineers.

"We had to take engineers who hate to talk to people and transform them, in essence," the general manager says. "And make sure that they were able to clearly articulate what it is that we were going to do so that we could gain the trust of the public. We were very successful in doing that."

PFAS are certainly making the headlines in the US and further afield. Known as perfluorooctanoic acid (PFOA) and perfluorooctane sulfonate (PFOS), these chemicals are part of a larger group referred to as per-and polyfluoroalkyl substances (PFAS). Prevalent in certain environments, they were once commonly used in many consumer products.

Yet the water district is not resting on its laurels. In early December 2019, the utility launched what it called the "nation's largest PFS pilot program". Investing $1.4 million in the pilot and related study. OCWD will work with the engineering firm, Carollo.

The pilot program aims to "explore long-term solutions to ensure that water supplies continue to meet all state and federal water quality standards".

"This is a huge issue for us," emphasises Markus. "The state of California is trying to determine the regulation for PFAS. And we have what are called response levels."

"If they do set them at those low levels, and those are extremely low levels, we will lose about a third of the pumping out of our groundwater basin," warns Markus.

Considering groundwater currently supplies 77 per cent of the total water demands for about 2.5 million people in Orange County, this could be a game-changer.

"If the state sets the regulations at those levels, it will have a significant impact. And those retail water agencies will have to introduce some sort of treatment then if they want to continue to serve that groundwater as a part of their portable supply."

Markus points out that OCWD is working with its retail water agencies to come up with schemes to be able to treat PFAS at the wellhead.


"Right now the two primary technologies are granulated activated carbon or ion exchange," he adds. "So, either one of the two of those work. And we have studies out. We're doing some pilot testing on 10 different carbons and in four different resins to see which ones would work the best. And we're working with our retailers to try to find solutions for them that we'd be able to implement on their behalf."

Golf handicaps and next steps

After a solid 30 years at Orange County, it would be easy for many general managers to look forward to winding down, lower their golf handicaps and enjoy the Californian beaches; not Markus.

He's the type who clearly needs to be kept busy. He describes a time when he was the construction manager at OCWD as work was winding down when he got a "little antsy".

Once the final expansion of the GWRS is completed in 2023, what does he intend to do?

"I really have a keen interest in continuing to consult perhaps after I retire from the water district," he says. "I have a unique skill set: being able to solve problems, help people implement projects, come up with different ideas and solve different issues. My wife and I love to travel. So, I certainly wouldn't be averse to extending that consultancy beyond the United States to perhaps the UK, Europe, and beyond."

From pilot testing the necessary technologies to reuse wastewater in the mid-90s, to doing the same for PFAS removal over 20 years later, Markus clearly thrives when pairing, tweaking and modifying solutions to meet future challenges.

In cricketing terms, a solid innings usually involves scoring a century, otherwise known as a ton – 100 runs or more. Completing the final expansion of GWRS could be the general manager's equivalent of a ton – a fitting way to end a superb run, taking the utility to become one of the best in the world.

Yet, I can't see that being the end for the Mike Markus legacy. If anything, he's just getting warmed up.

Intel takes byte out of water risk with reuse project