Roelof Kruize: Wake up and face the drought in the Netherlands

Ten years ago in the Netherlands few would have believed that we should have to deal with a situation of drought. And yet, in the last three summers (2018-2020) we have seen drought right up there on our national agenda. Daily drinking water consumption is sometimes 150 per cent of the normal consumption.

Scientists will explain that global warming is behind drought in the Eastern Netherlands, with a study by meteorological institute KNMI and Utrecht University supporting this view.

Research and climate models indicate for the future that winters will get more westerly winds and more rainfall in the Eastern Netherlands, while the summers will be hotter and drier.

It is believed the droughts will have two main causes:

Water restrictions are not enough

So how do we address the issue? Water restrictions have been discussed for the first time in our history. Customers have understood the message to be careful with water consumption.

They certainly understand ‘climate change’. And they have been avoiding the use of drinking water for washing cars, watering the garden or filling the swimming pool.

"Personally, I do not believe that restrictions are the solution, nor can we simply blame climate change for the current difficulty."

Personally, I do not believe that restrictions are the solution, nor can we simply blame climate change for the current difficulty. Water scarcity in the Netherlands is related to our water management system.

For a great many years now we have had the philosophy to pump water directly into the sea to avoid flooding across the land. In periods of high rainfall we have failed to store this water for the dry periods that follow.

I really believe that we have to change this system. Of course, the changes would mean the necessity of a delta plan, because this has a big influence on our water infrastructure in the Netherlands.

And, of course, it will mean considerable investment, something that is necessary to ensure a robust and future-proof water system in the Netherlands in the time to come.

Learning from other countries

We have a system of full cost recovery for drinking water supply, waste water collection and treatment, and water management. Our inhabitants (our customers) pay a yearly fee and tax of about two per cent of our average income.

I really believe that we need to work to create awareness that we have to change our water infrastructure and to invest for the future. We can learn from other countries which have a longer tradition of drought management. Maybe we can even consider the use of brackish water for drinking water production in the western part of our country.

"We can learn from other countries which have a longer tradition of drought management."

This is such a big problem we face now. The droughts that very few saw coming a decade ago, mean restrictions and rules will not be enough.

Large scale, long-term investment in a future-proof water system can’t happen overnight. But it needs to happen. And investment needs to start (…with a quick look at our watches), now. 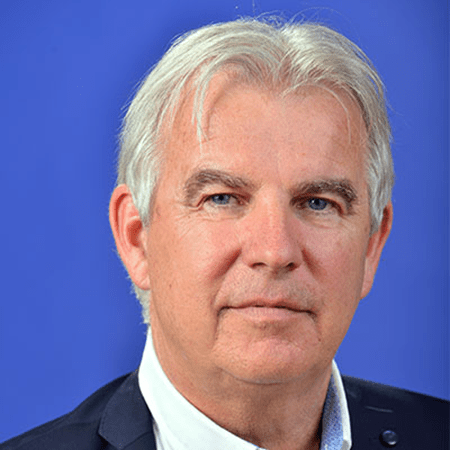