Damian Corbet: Being a social CEO means leading from the front

Communicating with a broad audience

"People expect CEOs and leaders stand up and take the lead. They want them to speak out about issues they care about – not just profits, share price, or whatever other metrics many leaders regard as important. There is a desire for leaders to demonstrate their humanity, to be seen as trustworthy – to be authentic."

I wrote this soon after the onset of the Covid-19 crisis. It was an anxious time when CEOs and other senior leaders were being asked to be open and honest about what was happening, to keep people up to date, to engage a reassure people – to be a source of hope.

And how were they encouraged to do this? Via social media, of course. What better way was there to communicate remotely with an often large and varied audience?

Then, within the last month, a new crisis emerged following the death of George Floyd and the outpouring of anger that followed it.

The Black Lives Matter movement never went away, but it resurfaced stronger and louder than ever. Again, CEOs were urged to speak out about racism and equality; to say what they were doing to tackle it in their organisations.

Those that didn’t were seen as weak - as not caring. Those that took the mantle and decided to speak out have been inspirational. Just look at the Twitter account of Jack Salzwedel (@AmFamJack), the CEO of American Family Insurance. This is a leader who has made a stand.

And closer to ‘home’, look at Xylem CEO Patrick Decker’s Twitter account (@PatrickKDecker). While he’s not as outspoken as Jack Salzwedel, he is nevertheless unafraid to speak out about Black Lives Matter. He is leading.

How not to do it

At the other extreme is a CEO who has been woeful. The UK’s national airline, British Airways, is embroiled in a scandal having first accepted government money to keep its workers paid – and then threatened to lay off its entire workforce and take a smaller number back on at lower wages.

There is real anxiety and anger among its 40,000+strong workforce. And where has the CEO, Alex Cruz, been? What has he said? The answer is virtually nothing. He has both Twitter (@alex_cruz), and LinkedIn accounts but (at the date of writing this) has not posted anything since early March. No updates, no information, no reassurance. In fact, spoof Twitter accounts have been created answering questions and giving advice to customers!

What is the point I’m trying to get across? It should be clear by now.

"If you are a leader – whether it's in the water industry or anywhere else – you need to realise that the rules have changed."

If you are a leader – whether it's in the water industry or anywhere else – you need to realise that the rules have changed. Standing on the sidelines during a crisis is no longer acceptable.

As the Edelman Trust Barometer shows, employees and the public now expect leaders to speak out about societal issues – whether it’s equal pay, equality or the environment.

Whatever you do, don’t do nothing

We live in a social age. As a leader, you can't bury your head in the sand and ignore it. As the example of British Airways' CEO shows, if you stay silent, other people will step in and take control of the conversation.

I wonder if Alex Cruz is even aware of the spoof Twitter accounts? Either way – if he isn’t, or he is and is doing about it – it’s terrible leadership at a time of genuine crisis for the company he leads.

Now is the time, as a leader, to step up and embrace social media. If you’re worried or afraid, that’s fine. It may all be new to you – but that’s no excuse to do nothing.

Get help, training and advice. Is there someone in your business who can advise you? If not, get someone external to help you.

Whatever you do, don’t do nothing.

- Damian Corbet is the author of The Social CEO, an essential guide to leading in today’s fractured, social media age, available here: https://bit.ly/2XdggBA 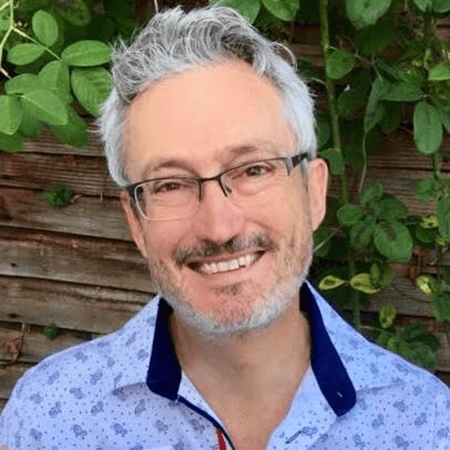