Crowdfunding water technology – is it viable?

Water technology start-up Watr has raised over a quarter of a million pounds via crowdfunding to help take the business to the next level financially.

The company raised more than £320,000 from over 350 investors through the crowdfunding platform, Seedrs.

Exceeding its £250,000 target, the organisation has developed a small, floating solar-powered device to monitor and provide real-time, water quality data.

Ahead of a full venture capital (VC) round, the company needed to “generate fast revenue into the business”, according to CEO Glyn Cotton. 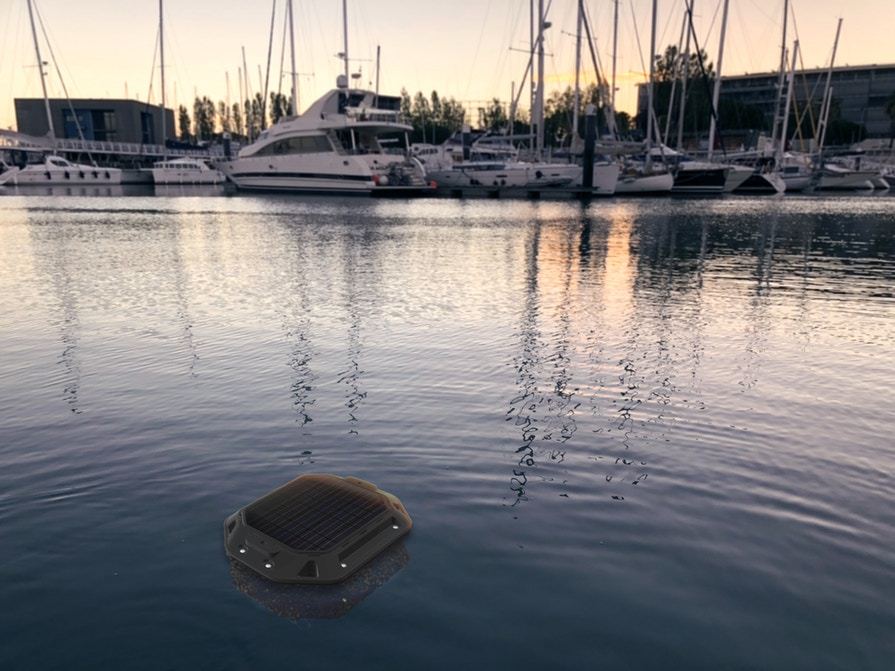 Cotton believes part of the reason for fund’s popularity was that Watr’s core mission to “improve water quality across the globe” resonates with many people.

“Crowdfunding has not only helped the business get to the next level financially, it has helped us so many other ways and has also been a huge morale boost to the team that has been working so hard over the last three years,” he said.

How does crowdfunding work?

An alternative to mainstream, conventional investment, crowdfunding flips the script by putting entrepreneurs in front of a wide online, public audience, rather than banks, angel investors, venture capital firms and wealthy individuals or institutions.

Interactive platforms such as Kickstarter, Indiegogo, Seedrs, Fundable and others allow the public to view and invest in three types of crowdfunding projects:

One well-known example, albeit outside of water, is Peloton Interactive, a fitness start-up known for on-demand exercise bikes and monthly subscription programmes.

The company initially attracted over $300,000 to kickstart the business, eventually raising $1.6 billion through an initial public offering.

Using rewards-based crowdfunding, people could invest $20 for a Peloton-branded water bottle, right up to $1700 for a fully-fledged, connected exercise bike. The campaign was successful, attracting nearly 300 backers.

Crowdfunding’s place in the financial landscape

With the success of Watr, it raises the question of where crowdfunding fits in the financial landscape for water technology start-ups?

Independent consultant and advisor to Watr, Dr David Lloyd Owen believes crowdfunding is complimentary to venture capital and that its speed is key.

“Too many in cleantech venture capital regard water as a fringe activity at best, because it is a complicated and conservative sector.”

“Venture capital is a lot more conservative than many people might realise,” he said. “Too many in cleantech VC regard water as a fringe activity at best, because it is a somewhat complicated and conservative sector.

The managing director of Envisager told Aquatech Online: “Pre-initial public offering (IPO) funding can take a very long time (especially in terms of decision-making processes) and use a lot of a company’s time, especially when it is trying to expand its operations.”

He said that simpler and more straightforward methods of attracting early-stage capital are needed, especially at a “time of great innovation in rapidly evolving markets and when companies need to be able to address swiftly evolving opportunities”.

“As long as investors fully appreciate the potential risks involved, it is a case of aligning potential investors to opportunities that match their interests and beliefs as to where opportunities lie,” he said.

Lessons learned: resonate with your investors

Lloyd Owen said the trick is to present investments as an opportunity that have an essential appeal.

“Watr had made an impact because its message is one that potential investors can relate to - the core message matters,” he added.

“Does this offering deliver a better service for less? Likewise, does this offering directly enhance sustainability? In these cases, Watr was able to say “Yes”. So, this approach works in water-related innovation when it resonates with investors' desires.” 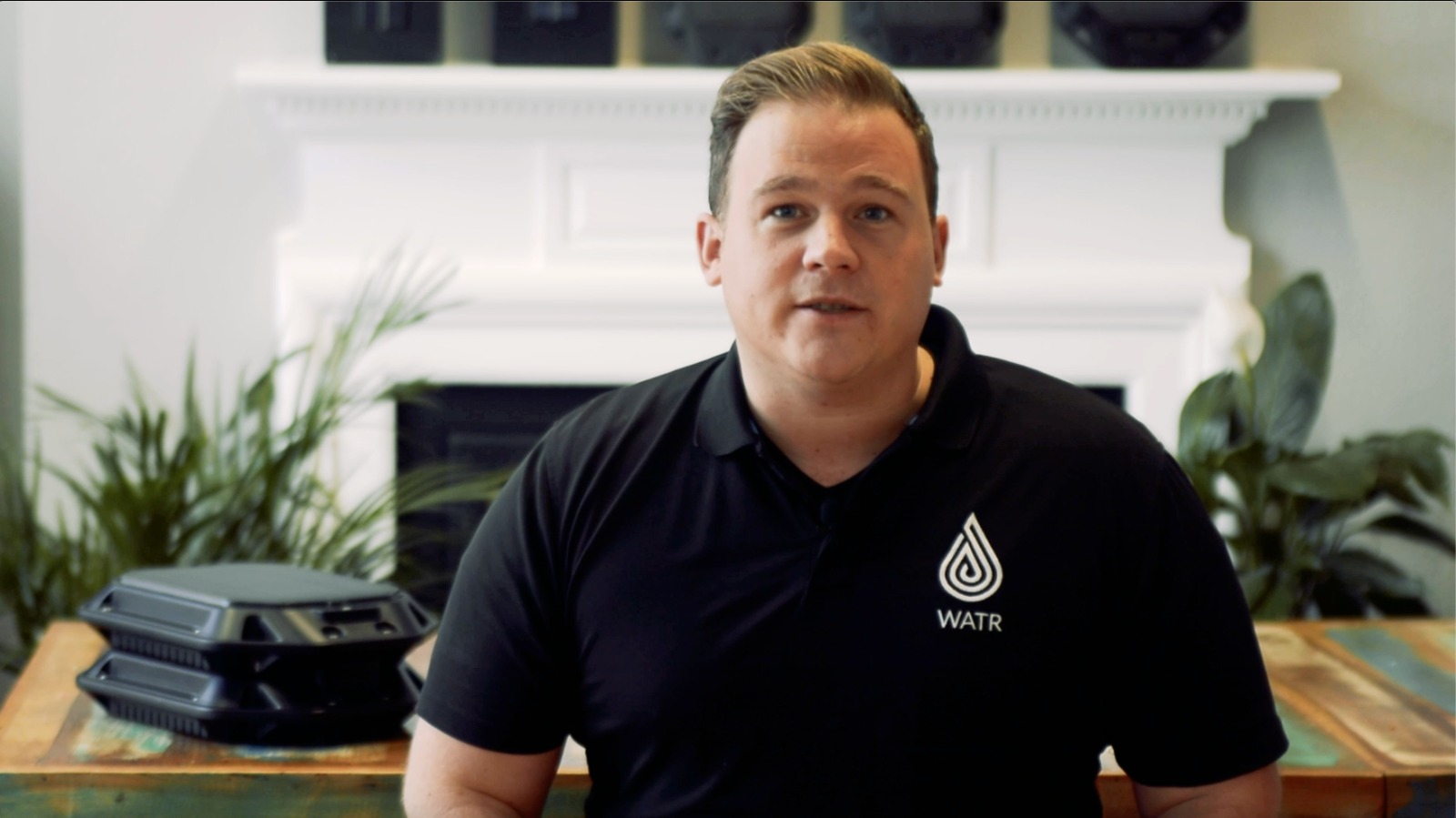 Watr’s CEO Glyn Cotton praised the Seedrs platform and recommended not underestimating the marketing needed to amplify the crowdfund.

“The level of effort and time investment that’s needed to go into marketing and supporting the campaign is not to be underestimated.”

“The level of effort and time investment that’s needed to go into marketing and supporting the campaign is not to be underestimated,” he admitted. “It’s certainly not just a case of launching it and sitting back.

“What we didn’t expect from crowdfunding was the level of PR, general interest, fantastic support and advice that’s coming from it.”

“Gadgets are more successful than software”

Unfortunately, the campaign did not reach the intended target. Project manager, Ioana Dobrescu, attributes the failure to reach the goal down to two main factors.

Speaking to Aquatech Online, she said: “Firstly, backers are more interested in tangible products, ‘hard’ technologies that can be manufactured and delivered to their hands. This doesn’t hold true just for water sector innovations, but for crowdfunding campaigns in general. Gadgets are much more successful than software or ‘non-tangible’ products.

“Second, our crowdfunding ask was more in the vein of a donation than an investment. While we hoped to get the backing of the private sector genuinely interested in making sustainable water decisions, we also aimed at keeping the tool freely accessible to any user.”

Another reason, according to the project manager, was the donation model compared to the equity or rewards-based crowdfunding.

“In our attempt to deliver value to both the public and the private sector, we might have overlooked the fact that the private sector would only back up an initiative that brings them a competitive advantage,” she added.

“Keeping the tool free meant that backers would be making a donation rather than an investment.”

A question of scale

A start-up crowdfunding hundreds of thousands of dollars to scale a new sensor is one thing, but what about raising millions when a company rises to a certain level of maturity?

At the other end of the spectrum lies the initial public offering (IPO) option. To put this into perspective, in 2017 US technology company, Evoqua, raised $500 million through its debut on the New York Stock Exchange.

If an IPO or acquisition is considered the “end game”, then venture financing rounds are considered a necessary part of the journey to profitability to get there. It usually takes place in rounds: first the seed round, followed by a Series A, Series B, Series C and so fourth. While some start-ups do self-finance to success, known as bootstrapping, these tend to be the exception.

Many believe crowdfunding certainly has more potential but will continue to remain at the lower end of the investment scale, or at the “pre seed” stage.

“If you look at the lifecycle of a company from inception to profitability and scale, there is room for both crowdfunding and private equity,” said Keith Hays, managing director of industry analysts, Bluefield Research. “It depends on what phase you’re looking at.”