How Anglian Water and other utilities are controlling algae growth

Algal blooms are common in large water reservoirs and can cause high levels of turbidity, adding pressure on the treatment process. We look at how utilities in North America, Colombia and the UK turned to ultrasonic treatment to keep algae at bay.

Water utilities are increasingly turning to ultrasonic treatment systems to help with the monitoring, prediction and control of algae blooms. Anglian Water’s Alton Water Reservoir and treatment works treat up to 10 million Imperial gallons of water a day (42,000 m3/day). Water from the reservoir undergoes a robust treatment process before being delivered to customers’ taps.

To provide additional resilience to the treatment process, the utility company began exploring facility improvement, including a partnership with LG Sonic to apply its ultrasound technology. The project team carried out the following initial research to identify the required solutions:

A package of measures were identified, both within the catchment and at the treatment works, including the installation of 13 ultrasonic floating systems, called MPC-Buoys, for the monitoring, prediction and control of algae blooms.

“Anglian Water started to see a reduction in algal blooms, which minimised the extra pressure at the treatment works.”

Since the installation of the MPC-Buoy systems in Alton Water Reservoir and the implementation of additional control measures in the upstream catchment area, Anglian Water said it has started to see a reduction in algal blooms, which minimises the extra pressure on the treatment works.

This, in combination with modifications and improvements at the treatment works has given greater confidence in the plants’ ability to treat up to its full design capacity. 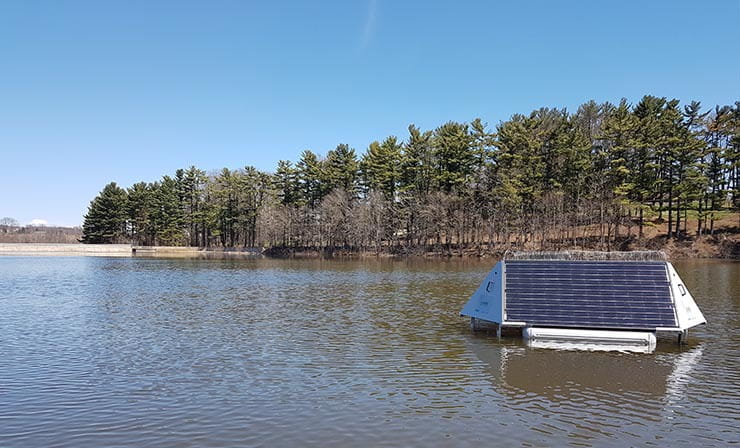 American Water is the largest and most geographically diverse US public water and wastewater utility. The company employs more than 7,000 people to provide drinking water, wastewater and other related services to more than 15 million people across 46 states.

“The reservoir was shallow and eutrophic due to moderate-high levels of nutrients, leading to seasonally excessing algal blooms.”

The reservoir was shallow and eutrophic due to moderate-high levels of nutrients. This combination of factors led to seasonally excessive algal blooms, as well as impaired filter runs.

The first step towards determining whether ultrasound technology would solve the challenges was to conduct extensive research. This was done by installing LG Sonic’s MPC-Buoy systems within the reservoir and monitoring key water parameters.

“Extensive testing conducted during 2014 showed that the buoys had a significant impact on the algae, allowing the plant to reduce chemical consumption by more than 20 per cent, and reducing the concentration of undesirable taste and odour causing compounds in the treated water delivered to customers,” said Dr Orren Schneider, manager of water technology, American Water.

In the past, the reservoir had been treated with copper sulfate or Cutrine-Plus (copper ethanolamine complex); hence, the secondary objective of the project was to decrease chemical dosing. It was indeed possible to entirely eliminate algaecide use in the raw water reservoir.

Compared to the same time period in 2013, results showed:

Overall, the use of the MPC-Buoys resulted in OPEX savings of approximately $87,800 (based on projected chemical savings compared to 2013, elimination of copper treatment for the reservoir, and reduced monitoring costs).

Since the first installation in New Jersey, American Water has deployed ultrasonic systems in other water reservoirs, including Pennsylvania, Iowa and Maryland. 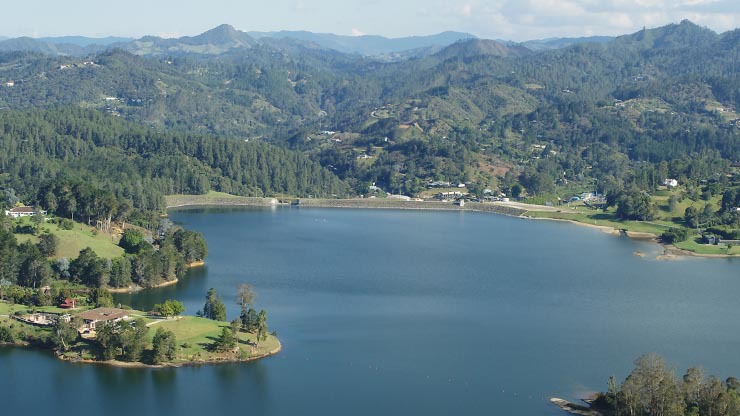 Colombian company EPM operates in the water (and sewerage), electricity and gas sectors, including serving the 2.6 million inhabitants of the municipality of Medellin.

La Fe reservoir is the water body is the main drinking water source of the city of Medellin and it was six years ago when EPM began its ultrasonic journey with the installation of eight MPC-Buoy systems.

Since the installation of the systems, algal blooms have been controlled effectively, even in the extreme environmental conditions of ‘’El Nino’’ in 2015-2016.

“We achieved by means of an environmentally friendly technology to improve the water quality and decrease the treatment costs,” said Santiago Barrera, technical operations manager at EPM.

“Furthermore, we have a monitoring and control which is more adjusted to the behaviour of our reservoir.”

Two years later, following a significant reduction in cyanobacteria and reduced operational costs, EPM installed six extra systems in its other drinking water reservoir, Rio Grande. Within a month following installation, algal blooms had been reduced by more than 90 per cent, the company reported.

Results from the Rio Grande and La Fe reservoir have led to the installation of another system in the drinking water reservoir located in the city, Guatapé. Then, in 2019, EPM installed six systems in its hydroelectric generation reservoir, Porce II, and four systems in Porce III.