Increasing incidents of harmful algal blooms are prompting a wave of new research to better understand, predict and control this damaging phenomenon.

In recent weeks Singapore’s upmarket Sentosa Cove neighbourhood has been the source of dramatic images featuring a picturesque canal with vivid pink water.

The result of an algal bloom, the pink water has resulted in the deaths of thousands of fish and some unpleasant odours that have hit the district.

An investigation by the Singapore National Environment Agency concluded that the bloom followed weeks of heavy rains. These rains washed excess nutrients and organic material into the canal while also changing its salinity, both significantly affecting water quality to the detriment of fish life.

Algal blooms are certainly not a new phenomenon with recorded incidents stretching back hundreds if not thousands of years.

However, the frequency and impact of algal explosions is growing as anthropogenic activities increasingly create suitable conditions that is expanding their frequency, duration, and harmful effects.

“Over the last 100 years or so, then there have been more algal blooms around the world,” explains Maarten van Schijndel, water systems advisor at Waterschap De Dommel.

He told Aquatech Online: “There are more people, heavy industries, agriculture is getting more intense, more traffic and aeroplanes, they all have an influence on surface water and algal blooms.”

Algal growth is affected by a wide range of factors including temperature, pH, salinity, the availability of sunlight, carbon dioxide and nutrients such as nitrogen and phosphorus.

“Human influences that can impact these factors include an excess of nutrients, temperature rises associated with global warming as well as increased incidence and intensity of rainfall events.”

Human influences that can impact these factors include an excess of nutrients like the NPK used to fertilise agricultural land, temperature rises associated with global warming that is warming water bodies, as well as increased incidence and intensity of rainfall events.

Other influences are less well understood, for example increases in the atmospheric concentrations of nitrogen-containing NOx compounds derived from combustion.

Indeed, while all algal blooms are derived from basic photosynthetic organisms (phytoplankton) that live in water, there are many different types of algae which have a range of different impacts when they appear in excessive numbers.

Green, blue, brown, red and pink blooms are possible, as reflected by different species and their concentrations. Blooms may also have a deleterious effect on marine life but remain invisible to the naked eye.

Algal blooms are potentially considered harmful (HABs) where their toxic effects have an observable impact. Harmful effects arise typically through decomposition when blooms die off, either as a result of increased oxygen demand or the release of toxic compounds.

HABs are caused by a variety of algal groups, such as diatoms, dinoflagellates and cyanobacteria, which feature different toxins. Alongside impacts on aquatic life, such as shell fish and finfish deaths, HABs may also cause serious illness or even fatalities in humans who are exposed.

Given their impact on the health of people and marine ecosystems as well as their significant economic impact, a number of global bodies have been established to not only record the incidence of HABs but also attempt to understand them better. 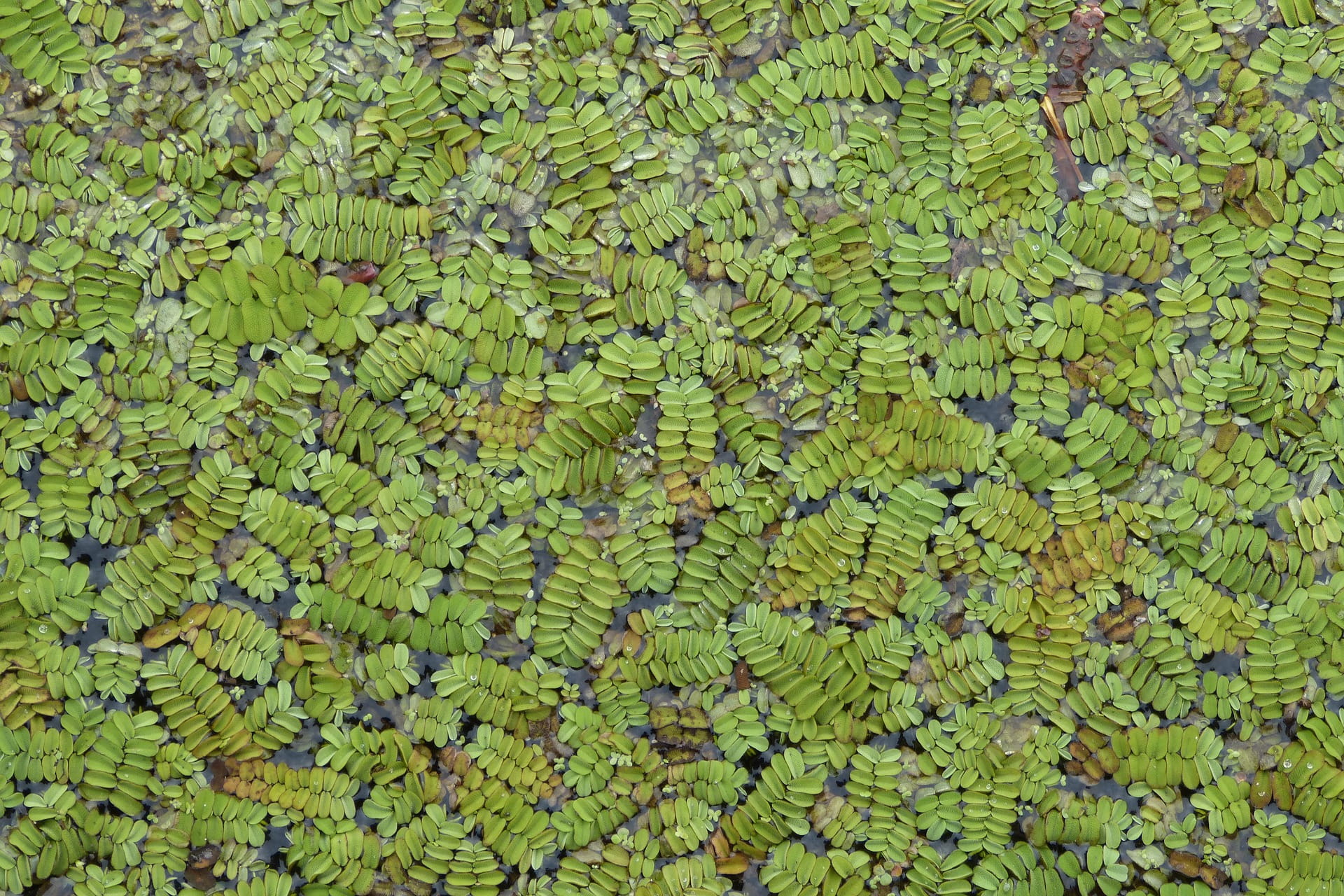 Under the UNESCO umbrella, the Global Ecology and Oceanography of Harmful Algal Blooms (GEOHAB) Programme, for example, is an international network of scientists and projects with the primary goal of an improved understanding of HAB population dynamics.

Working under the auspices of the Scientific Committee on Oceanic Research (SCOR) and the Intergovernmental Oceanographic Commission (IOC), the integration of biological, chemical, and physical studies and application of advanced observational tools and modelling is at the heart of the GEOHAB programme.

As part of HAIS, the Harmful Algal Events Dataset (HAEDAT) is a meta database containing records of marine harmful algal events worldwide going back to 1985.

“The GEOHAB Programme is an international network of scientists and projects with the primary goal of an improved understanding of HAB population dynamics.”

Among the developments underway is the Harmful Algal Information System, (HAIS). This system will report harmful algal events, monitoring and management systems, as well as current use of taxonomic names and information on biogeography of such species. It is being built within the International Oceanographic Data and Information Exchange (IODE) of the IOC.

Subsequently, the GlobalHAB programme was launched in 2016 and is sponsored by IOC-UNESCO among others to operate for 10 years until 2025. This aims to improve understanding and prediction of HABs in aquatic ecosystems as well as management and mitigation of their impacts.

Elements include cooperative research to address the scientific and societal challenges of HABs, including the environmental, human health and economic impacts.

Harmful algal blooms in the US

With HABs reported in every coastal state of the US, according to the country’s National Oceanic and Atmospheric Administration, HABs have caused an estimated US$1 billion in losses to coastal economies over the last few decades.

These impacts include seafood but also amenity value such as recreation and tourism as well as potentially requiring additional water treatment for consumption.

“Harmful algal blooms have caused an estimated US$1 billion in losses to coastal economies over the last few decades.”

Within their existing treatment centres, companies have some ability to respond to moderate levels of algal toxins. However, if the toxin levels get high or remain elevated for persistent periods then the utility would want to move into more robust treatments, for example ozone, ultraviolet light and hydrogen peroxide,” says Dr Mark W. LeChevallier, founder of Dr. Water Consulting, LLC.

Speaking to Aquatech Online, he said: “There are other measures available to treat water but they all have additional costs. Even for a moderate sized utility it’s in the range of additional millions of dollars of treatment technology just to handle this problem.”

Ultimately these additional costs of treatment are borne by consumers.

As with the IOC, the National Centers for Coastal Ocean Science (NCCOS) conducts and funds research that can help protect the public and combat HABs, including developing the Algal Bloom Monitoring System. This aims to deliver near real-time information to help locate, monitor and quantify HABs in both marine and freshwater bodies.

A growing challenge for water managers

Many countries and states also have strict monitoring systems to ensure that commercially harvested fish is safe to eat, for example adopting standard measurements for limiting Microcystin-LR in drinking water.

Microcystin is among the most toxic hepatotoxins produced by cyanobacteria. Sectors such as commercial fishery, tourism and recreation can be severely impacted by blooms. 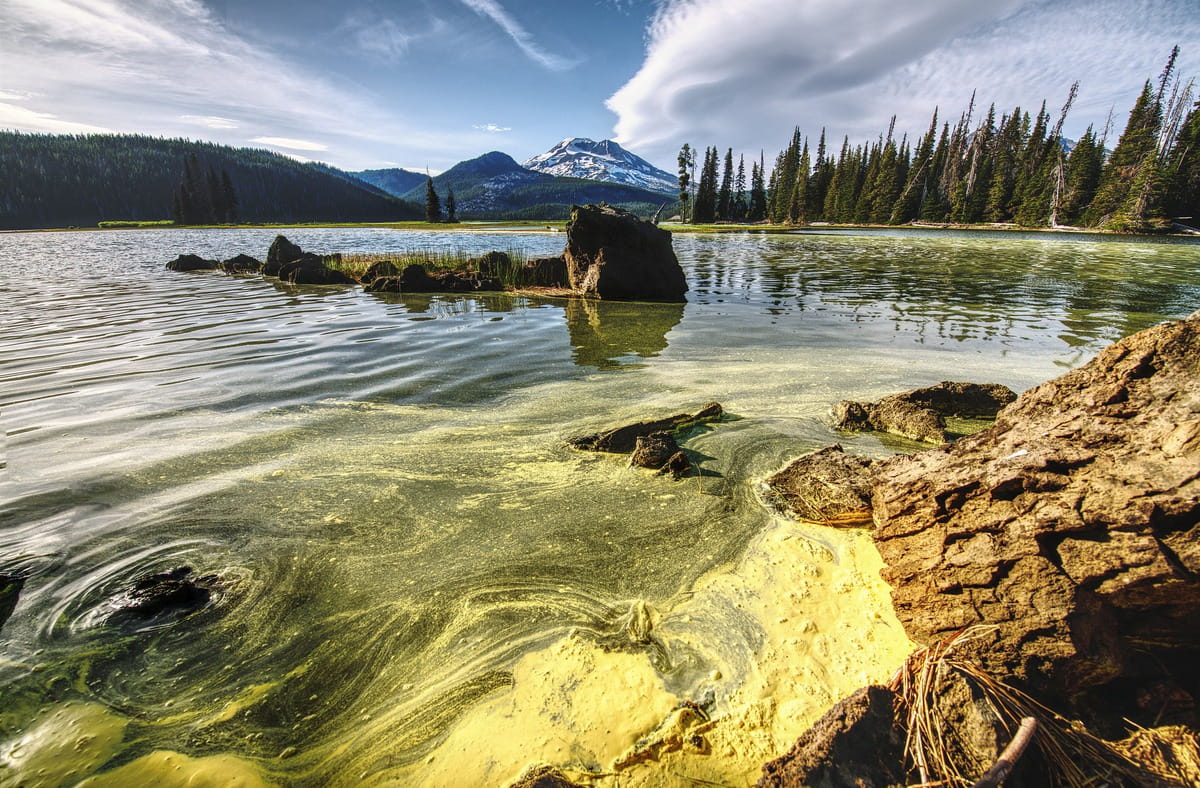 However, van Schijndel argues that more nuance is required in our approach to managing algae.

“We need to consider the goal of the water we are treating. There are cases where we shouldn’t make it a problem. If there are algae it is OK,” he adds.

Nonetheless, for most water managers algae are considered a growing challenge, as LeChevallier says: “This is definitely a concern and trends for the future such as global warming and nutrient run off mean this is a high priority for water managers.”

However, addressing the fundamentals of HABs is a long-term challenge.

“We are focused on the short-term symptoms of water quality but in the longer term we need to do something about the causes like pollution, like excess nutrients, warming atmosphere,” says van Schijndel.

“We also need to take measures like restoring agricultural soils which also has an influence on both ground and surface water, but that is a long-term thing. That is not going to help this year or next year, that is going to take decades. It’s difficult but we need those policy influences.”

“We are focused on the short-term symptoms of water quality but in the longer term we need to do something about the causes, like pollution.”

With algal blooms evidently harmful for the environment, aquatic and human health, there are significant efforts underway to better understand and predict how these events evolve.

The goal will enable water companies and others to address the numerous economic impacts associated with HABs across human health, fisheries tourism and recreation, as well as the costs of monitoring and management.

“There is probably no one size fits all solution for every water body, but we do need the ability to have different things to use under different circumstances,” LeChevallier concludes.