Addressing the environmental impact of CED

Pumps are a critical component to enable water reuse, but what about the recycling of wastewater from the pump manufacturing process? As part of its broader sustainability aims, Danish pump company Grundfos built a recycling system for the cathodic electrodeposition (CED) rinsing water.

In the Danish railway town of Bjerringbro, home to 8000 people, sustainability efforts are underway at pump company Grundfos’s factory to reduce water use by 50 per cent by 2025.

A process known as cathodic electrodeposition (CED) or cataphoresis is used to coat pump components with a layer of paint electrostatically.

This involves a series of chemical or water baths for surface treatment and rinsing and is responsible for the highest water use during pump manufacturing. 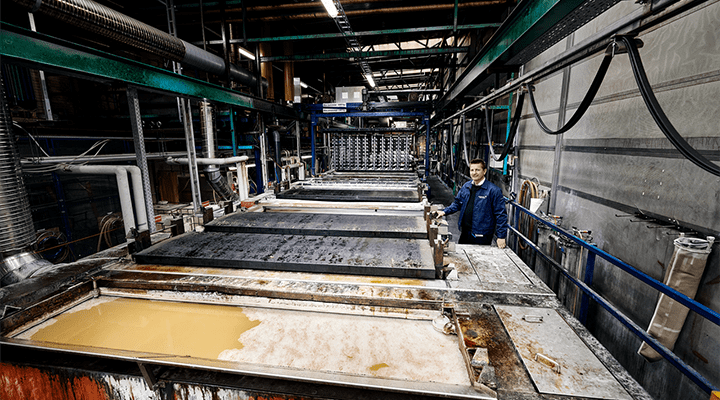 The CED surface treatment application involves a series of baths with chemicals, water and paint, which ultimately protect pump components from wear and rust.

The water baths use about 5,000 cubic metres of water, sourced from local aquifers, to rinse nearly eight million components a year.

Here, it went through basic filtering and pre-treatment before flowing onward to the city's own municipal wastewater treatment facility.

Instead, the company saw the potential to build a full wastewater treatment and recycling system for the CED rinsing water. 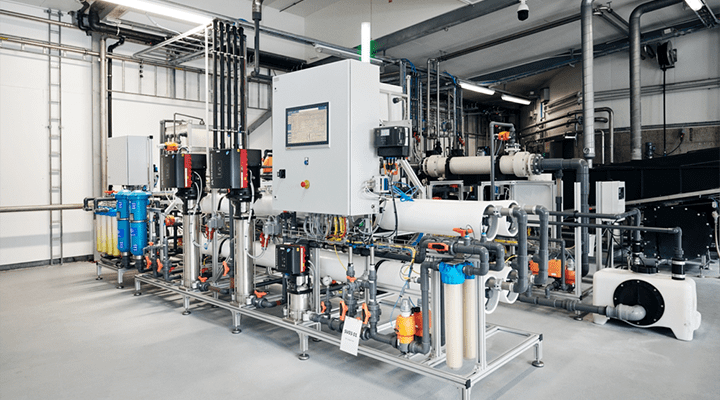 Wastewater from the CED surface-treatment application is treated with a series of filters and reverse osmosis. The cleaned water is then sent back to the CED unit for reuse.

After taking into account environmental issues, chemistry and production processes, a CED wastewater treatment system was designed and installed.

A three-stage filtration unity, including reverse osmosis (RO) unit, was implemented that redirects purified water to the CED tanks in the factory.

With a capacity of 5,000 m3/year, the system recycles 80 per cent of the process water back to the treatment baths. The remaining 20 per cent is either solid matter or used to flush the filters.

For the first year, this closed water circuit has been running at only half capacity and will eventually treat 10,000 m3/year.

“The point was not to create a good business case,” says Anders Lund Hansen, senior manufacturing director at Grundfos. “That was not the driver. The motivation was sustainability – the ambition to reduce water consumption.”

In its 2019 Sustainability report, Grundfos set out the following ambitions:

As well as its Bjerringbro site, the implementation of a water treatment system in Indjija, Serbia has led to 60-70 per cent of the factory's wastewater recycled back into the process.

Karen Touborg, senior director of group environment, health and safety at Grundfos, said the project ties in with the need to see waste as a resource.

“We don’t see used water as wastewater,” she said. “We see it as a resource that can be reused when it’s treated and can be looped back into production.”