Membrane desalination push on the Road to Qatar 2022

Reportedly spending $500 million per week on infrastructure developments including metros and stadiums, the water sector is also benefitted from what could be the most expensive World Cup in history.

Qatar to increase desalination capacity by 280,000 cubic metres per day

With only three years until it hosts one of the biggest sporting events on the planet, Qatar, located on the Arabian Peninsula, is continuing to increase water supply with renewed faith into reverse osmosis (RO) membrane technology.

The country is allegedly spending almost $500 million per week on major infrastructure as it builds new stadiums, motorways and hospitals but thankfully the water sector is not being left out of the equation.

An agreement has been signed to increase water desalination capacity by a significant amount of 280,000 cubic metres per day.

Under the agreement, Umm Al Houl will build and operate an expansion to the existing plant that already provides 40 percent of the country’s water needs. Overall capacity will be eventually raised to 750,000 m3/day by 2021.

Umm Al Houl Power will act as project’s developer, while Samsung will be the main contractor and Acciona Agua will be the supplier and sub-contractor.

This is the second project in the country for Spanish firm Acciona, who is also working with Kahramaa on the Ras Abu Fontas 3 development, which has a daily capacity of 164,000 m3/day. 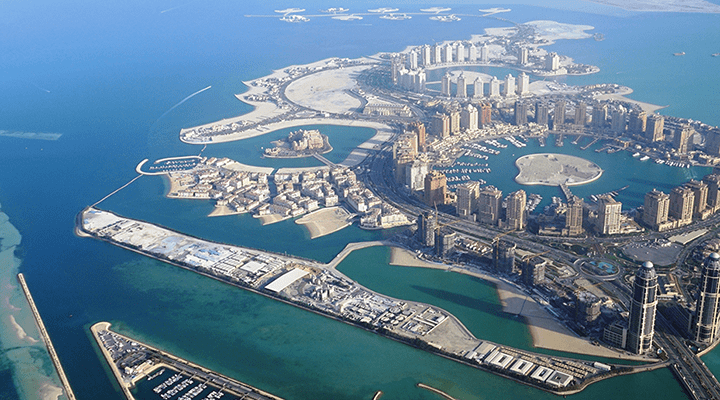 Kahramaa said that the expansion will use reverse osmosis membrane technology, which it said “will improve production efficiency and reduce the use of gas”.

The move falls in line with the country’s slow transition away from thermal desalination to membrane-based technology.

At one stage Qatari officials boasted that the 2022 tournament, under current plans, would be the most expensive world cup yet.

To put this into perspective, the 2014 World Cup in Brazil reportedly cost $11 billion and the 2018 World Cup set Russian back an astonishing $15 billion.

Earlier this month photos were released of the Al Wakruh grand stadium, which will be able to seat 40,000 World Cup fans. More details can be seen in the video below:

In total the nation plans to have seven entirely new, all air-cooled stadiums, including an 80,000-seater in the newly built Doha district of Lusail to host the final on December 18.