Desalination’s Digital Twin makeover: Is it the future?

Digital twin (DT) modelling has helped to improve water utility networks, but now the approach is being used to digitalise desalination plants.

An exact digital version of the Al Khobar 1 desalination plant in Saudi Arabia is being created, before its construction has been completed.

The project is the result of a broader alliance between the Spanish engineering company Acciona Agua and German organisation, Siemens.

Al Khobar 1 is currently under construction based on an engineering, procurement and construction (EPC) contract from the Saline Water Conversion Corporation (SWCC).

With construction slated to be completed in two years, the resulting digital twin will eventually be used to help remote management to analyse and optimise productivity.

As demonstrated in Valencia but for water supply, a digital twin is a virtual replica of a physical asset, used to understand the physical counterpart’s performance under different circumstances.

The first one relates to the engineering design, regarding Building Information Modeling (BIM) systems, which work directly to create objects that provide valuable information and a collaborative platform for the entire project.

The second is the digital twin related to the control system, with all the functionalities of the system, to be able to check a plant's response at any given time.

"This is a real need in the water sector," said Alejandro Beivide, director of digital transformation and control systems at Acciona Agua. "We need to be more productive, faster, more efficient and be sure that our systems will arrive at a plant with the maximum efficiency and availability so that it can be started up in the shortest possible timescale."

The companies believe that one of the main benefits will be the ability to recreate and stress-test different scenarios.

"The ability to test the programming in a more dynamic virtual setting than lines of code is very motivating."

“The ability to test the programming in a more dynamic virtual setting than lines of code is very motivating,” added Enrique Palmero, project engineer, automation and control.

“Furthermore, the simulation makes it possible to recreate situations that are difficult to achieve in reality, which helps us with the later start-up."

Creating a full digital twin of a desalination plant is no small feat, involving more than 40,000 signals, according to Acciona.

Multi-disciplinary knowledge is required, from the process to instrumentation, mechanical and electrical equipment and the control system.

This includes “subsystems” of the RO membrane process: collecting data to provide automated membrane cleaning, based on the amount of real-time fouling that is occurring. 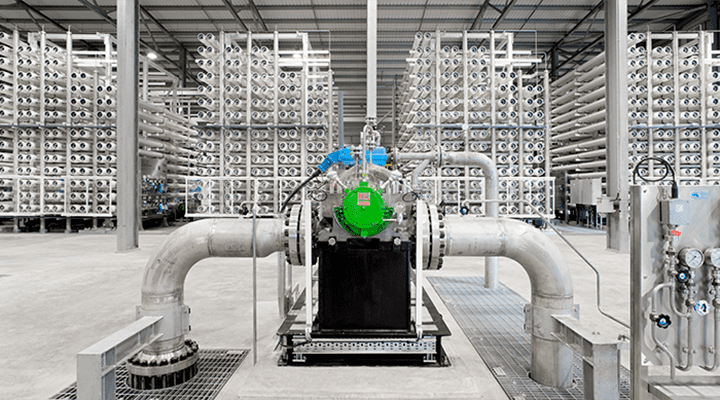 However, she warns that a full digital twin involves more than combining the models with data.

“Holistic integration is the key to digital twins,” she said.

Expansion into wastewater and beyond

As well as other unnamed desalination projects in the Middle East, Acciona Agua and Siemens are taking the DT concept to wastewater treatment plants (WWTP).

This includes the Culebro Cuenca Baja WWTP, as part of an operating contract with Canal de Isabel II in Madrid, Spain. 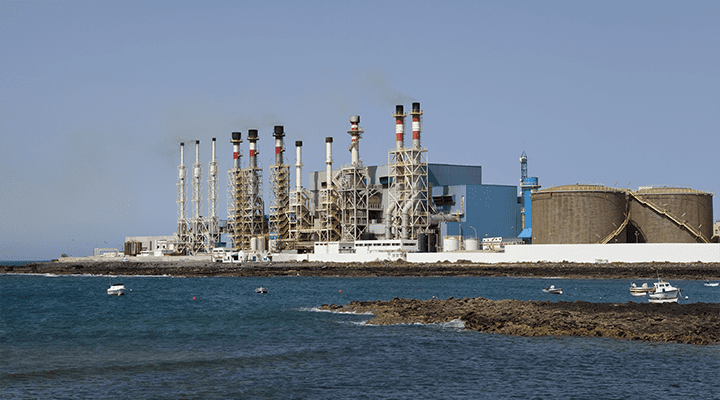 “The Al Khobar 1 project is just the starting point,” he told Aquatech Online. “IoT possibilities will mean more and more sensors will be integrated [into desalination]. This doesn’t necessarily mean there will be an added cost because sensors on quality, temperature and pressure are increasing in number but not price.”

He likens the situation to automotive engineering, with the number of sensors in new cars increasing exponentially over time.

“This will be the same on water and wastewater treatment, with the membranes and pumps,” he added. “More and more sensors will be integrated to collect more data for optimisation.”

Seeing theory and reality in real-time

Carlos Cosin, president of the International Desalination Association (IDA), said it’s great to see the water sector moving in the same direction as the O&G, mining, and power sectors.

He said: “Many companies have been trying to implement this idea for years, but I think Acciona is the very first to implement it.

“The possibility to see ‘theory and reality’ in real-time will significantly reduce commissioning, functionality and any necessary corrections. Together this also opens new scenarios for more efficient training of plant operators.”

Cosin added: “The idea is great and has 100 per cent consensus of its advantages, but the key point will remain in the allocation of proper resources to ensure this is done before the plant will be operational.”