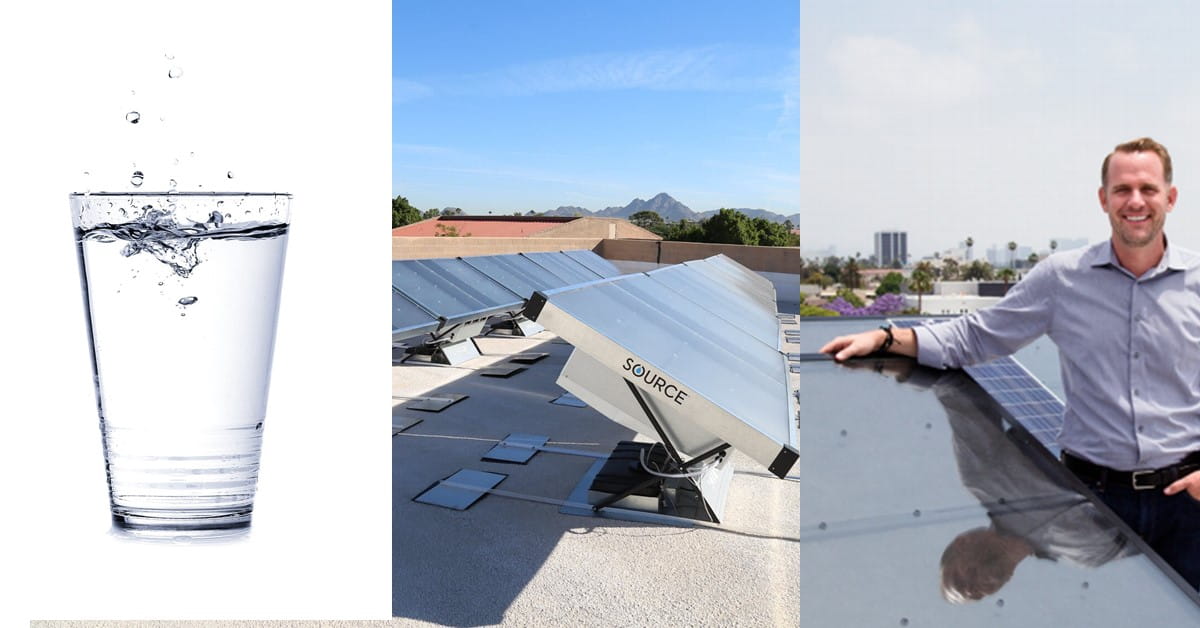 Zero Mass Water: Why all the hate?

The poster-child of air to water tech

Zero Mass Water attracted $50m investment from BlackRock yet atmospheric water generation continues to be a divisive technology in the water sector. Why? Tom Freyberg investigates.

Zero Mass Water (ZMW) has fast-tracked its position as the poster-child of the air-to-water market, after securing $50 million investment from BlackRock.

Yet, the company, and the wider atmospheric water generation (AWG) technology, appears to be extremely divisive in the global water sector.

To some, CEO Cody Friesen is a charismatic idol with an answer to the world’s water problems.

To others, a leader who is raising eyebrows of seasoned water practitioners by selling a technology with claims more akin to science fiction than reality.

With the promise to “do for drinking water what solar panels have done for electricity”, the ambitious Arizona-based start-up provides ‘Source Hydropanel’ technology.

The panels essentially take in sunlight and air to create water from the atmosphere, adding minerals, ozonating and then storing the water ahead of its use.

Why all the hate?

In May, Global Water Intelligence (GWI) published an analysis of the technology.

It was referenced as an “incredibly inefficient means of making water” that has caught the “imagination of billionaire backers and ill-informed philanthropists”.

In a follow up article on LinkedIn, GWI publisher Christopher Gasson added that: “There is no place on earth where a hydropanel is the most cost-effective source of water.”

“In this crazy world of guilt-ridden billionaires, extreme poverty and anxiety about climate change and the environment, its main product is emotional,” he said.

Tom Ferguson, VP of programming at Imagine H2O, said the $50 million investment is considerably larger than other recent equities rounds in the water technology market. “Typically they fall in the $2.5m to $10m range, so there is a shock factor to a round this big.”

He said it is second only to PrecisionHawk, which brought in a $75 million round but in agricultural technology, with Fracta’s $37m investment from Kurita in 2017 possibly a better comparison.

Commenting on the investment and criticism ZMW has attracted, he told Aquatech Online: “This is a stone thrower’s opportunity – whenever there’s a national news article there’s always a reason why the “non-water people” are wrong.”

"Whenever there’s a national news article there’s always a reason why the non-water people are wrong."

He said: “This is one of those water innovations that it's easy to get excited about because it has this kind of science fiction, silver bullet, element to it. It’s being pitched that if we have this solution, we essentially solve the centralised water problem.”

Earlier this year Zero Mass Water launched the residential version of its Source Hydropanel at the Consumer Electronics Show (CES) in Las Vegas.

Ferguson said that $50m investment into ZMW is reminiscent of the Nebia shower head, which raised a lot of money initially but hasn’t yet been “a spectacular success despite several notable Silicon Valley investors betting on it in 2015”.

Discussing the question of the cost per unit of volume of water, he added: “Zero Mass Water survived the major due diligence process and obviously [Breakthrough Energy Ventures] think the productivity, weight, cost efficiency is going in the direction is needed to be.

“You have to assume that they’ve seen an engineering plan that we haven’t seen, and that they liked what they saw. These are sophisticated people.”

It’s estimated there are 71 companies to date, with 32 companies actively selling in a market currently worth between $2m-$10m per year, according to the ‘Atmospheric Water Capture’ BlueTech Horizon Scan report.

In 2018, the Skysource/Skywater Alliance won the $1.75m Water Abundance XPRIZE as a solution to harvest “fresh water from thin air”.

Will Sarni, founder and CEO of Water Foundry believes the technology has great potential for off-grid applications but believes the real challenge is with the business model: how to scale for utilities, industrial applications and small scale applications (e.g., home, building, neighborhood, etc.).

Speaking to Aquatech Online, he said: “The off-grid technology would be truly disruptive if it could generate greater volumes of water at a lower price point.

“The current challenge with off grid AWG is the business model which is viable for philanthropic programs that subsidize or pay for the technology but less so for the public and private sectors. However, I believe, these challenges will be solved over time.”

According to the BlueTech report, the three most commercially relevant AWC processes include: 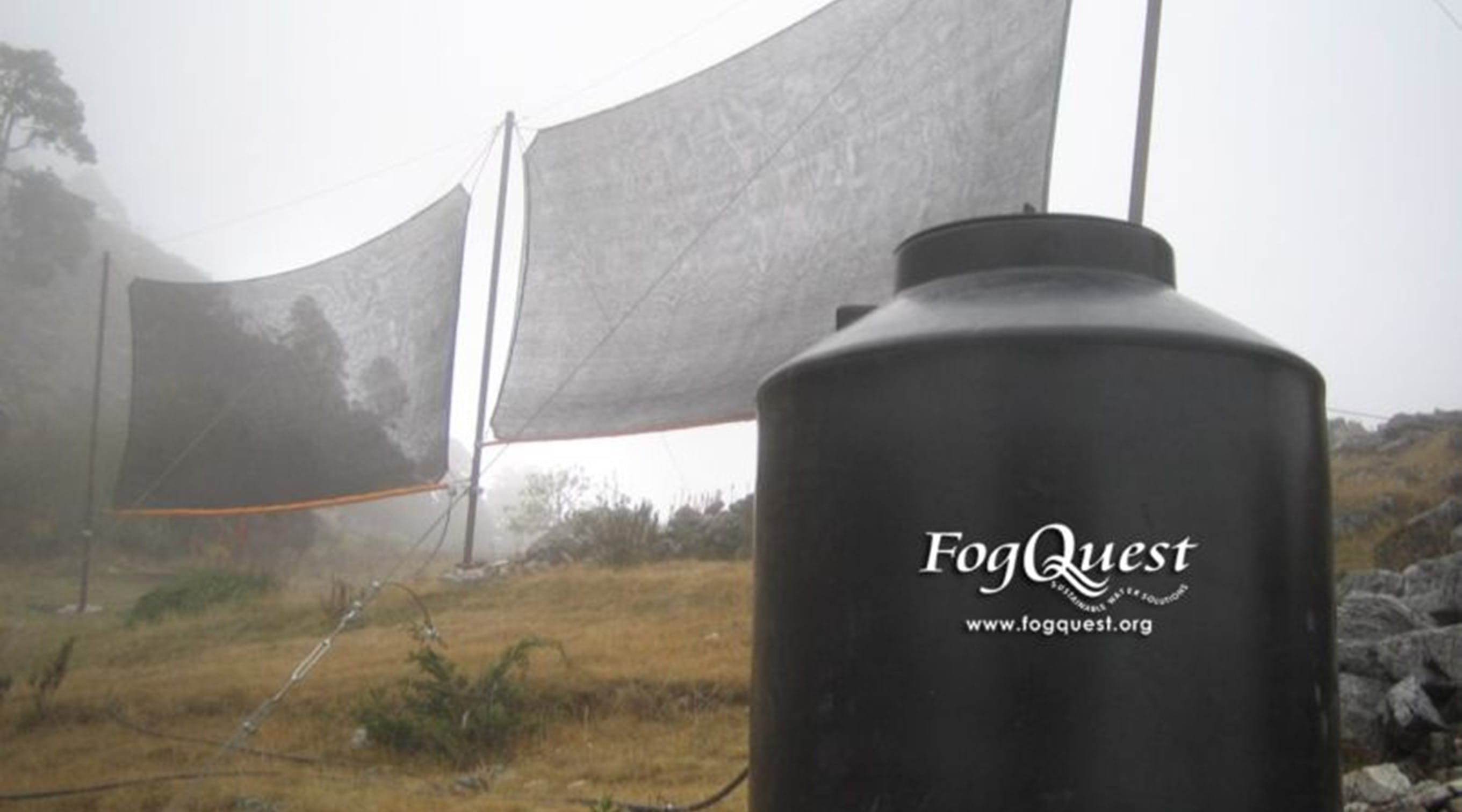 Zero Mass Water, which did not respond to requests to comment, said it now has installations in 45 countries.

It offers hydropanels based on two scales of installation: single hydropanels for homes, or multiple panels – similar to solar panel fields – to produce larger quantities of water for communities.

For the first, the company states that two hydropanels can provide the equivalent of 300-600 (16.9 oz) bottles per month, enough water for four to six people.

For community installations, it claims that “Source arrays can scale up to meet any drinking water demand”.

The Australian Renewable Energy Agency (ARENA) granted Zero Mass Water $420,000 in funding for its first trial of the hydropanels.

An array of 30 panels are being installed on Stradbroke Island, which will eventually produce more than 3000 litres of water a month, according to a recent Business Insider article.

However, there remains scepticism on the technology operating at such large scales.

One industry source told Aquatech Online: “Commercial and utility scale is currently not viable. ZMW is trying to build a solar array business model, including hundreds of panels, to address this. One of the many challenges is the acreage required and low volume of water produced.”

Higher energy consumption of many systems in the market has restricted AWG to “niches where water production rates below 5,000 L/d are needed and there is no alternative source of water”, the BlueTech Horizon Scan stated.

To give an example, the team made a comparison to desalination processes, with energy consumption typically in the range of 1.85 and 23 kWh/m3 (kilowatt hours per cubic metre).

This compares to a range of 200 to 365 kWh/m3 for atmospheric water capture, based on the companies analysed.

One noteworthy development is the use of a metal-organic framework (MOF), a sponge-like material with the highest surface area of any known material.

An paper entitled “Water harvesting from air with metal-organic frameworks powered by natural sunlight” in the journal Science (volume 356), said water could be harvested using only ambient sunlight to heat the material.

While not commercially available, MOF-based AWG systems could have the promise to be much more energy efficient than refrigeration-based dew harvesting systems.

He said: “We expect the company will continue its track record of success and will soon be enabling access to clean water across the globe to those most in need.”

“This is certainly different and I really hope they [ZMW] surprise us,” he said. “If the system can provide safe and cleaning drinking water in areas previously lacking access, that should be applauded.”

He said the $50 million investment could spark more finance coming into water technology but that it remains important to minimise the potential of high-profile failures, which can undermine the sector as a destination for capital.

“This is the first sizeable round from a mainstream fund in recent years, and so the stakes are high for the water innovation market – ZMW win, and it will pull more money in to the market. We want that to happen. We don’t need any more headwinds in terms of attracting capital than we already have.”