Weather modification is becoming an established process that could have significant influence on the availability of clean water. The Weather Makers, a group of international engineers and scientists, is aiming to regenerate the Sinai ecosystem.

Cloud seeding, the doping of water-bearing clouds with compounds that encourage precipitation, has been used for at least half a century to modify weather, often with questionable success.

However, as the efficacy of cloud seeding is becoming established scientifically, it is being reassessed as a potential technique to provide new sources of water and even regreen barren landscapes.

With almost half the world’s population expected to face water shortages over the next decade, even parts of Europe are facing droughts as the impact of global warming and changing weather patterns makes itself felt.

“Novel approaches to water management are being explored and among those is cloud seeding as a technique to increase snowpack or replenish reservoirs.”

Spain, Portugal, Greece and southern France have become used to droughts but are now being joined by Italy, the low countries and others that today face growing water shortages and prolonged drought.

In response, novel approaches to water management are being explored and among those is cloud seeding as a technique to increase snowpack or replenish reservoirs.

Silver iodide, salts like sodium chloride and dry ice have long been used in cloud seeding attempts to prompt rainfall. These compounds act as condensation nodes, allowing rain drops (hygroscopic) or snowflakes (glaciogenic) to form around them and fall to the ground.

Weather modification has been used to dissipate fogs, diminish the intensity of storms and try to guarantee good weather for key sporting events, parades and even weddings. While the science theory behind cloud seeding is well established, the detailed understanding and practical efficacy and of cloud seeding has long been questioned.

Now though, studies have established a clear basis to quantify its impact, proving its effectiveness. Early last year, for example, a research project in Idaho used a combination of radars and snow gauges to measure the impact of cloud seeding on snowfall.

Using modern technology like radar allowed the researchers to establish direct, unambiguous observation of the cloud-seeding process for the first time.

In a National Science Foundation (NSF) funded study, researchers from universities in Wyoming, Colorado and elsewhere found that injecting clouds with silver iodide generated precipitation at multiple sites over the Payette Basin near Boise. Crucially, these efforts also generated snowfall where none had existed previously.

“Researchers found that injecting clouds with silver iodide generated precipitation where none had existed previously.”

The potential impact of cloud seeding is already attracting commercial interest, the NSF study was also partially funded by the Idaho Power utility company in its bid to increase precipitation feeding its hydropower assets on the Snake River.

Analyses conducted by Idaho Power since 2003 indicate the annual snowpack in the Payette River Basin increased an average of approximately 12 per cent as a result of its cloud seeding program.

Other US studies have indicated a 5-15 per cent increase in precipitation as a result of seeding.

Changing the climate with clouds

While understanding and quantifying how efficient cloud seeding can be is the first step to establishing a clear commercial value, other weather modification projects are looking to transform entire regions.

With around 50 countries currently conducting or exploring weather modification, a new project centred on the Sinai peninsula aims to transform the local climate through a series of initiatives that are anticipated to restore the local ecology by improving the hydrological cycle. 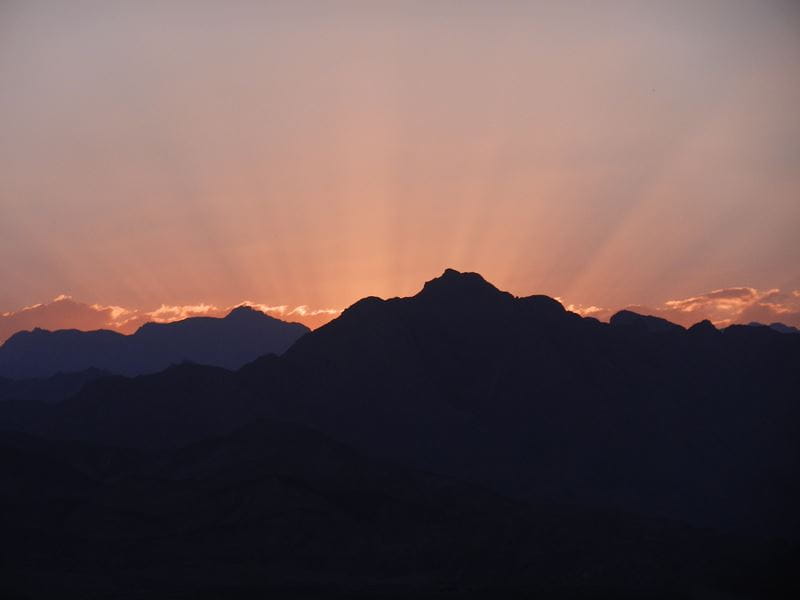 The Weather Makers, a group of international engineers and scientists, is aiming to regenerate the Sinai ecosystem, creating a greener and cooler region that can bring more moisture and influence larger weather systems that can cause extreme events.

Developed in Leeuwarden in the Netherlands, the project aims to recreate small cycle rainfall.

“What research shows is, once you have more forests next to the waterfront, next to the seas, you can attract more clouds that enter the country and then you especially need forests also to trigger clouds, to trigger rain,” said Pieter de Jong, EU representative of the WaterCampus in Leeuwarden, northern Netherlands.

In its third year, the regeneration project aims to balance water cycles and provide social and economic benefits, in part by greening the region to boost small cycle rainfall events.

“Understanding and quantifying how efficient cloud seeding can be is the first step to establishing a clear commercial value.”

However, while there are clear benefits associated with weather modification there are potential downsides too. In the UAE, for example, an aggressive cloud seeding programme last year resulted in a flood event that significantly impacted Dubai.

Certainly, the science of cloud seeding and weather modification is in its infancy despite its many decades of history. And, while it is clearly feasible to produce additional precipitation in the presence of clouds, the specific results depend on many additional factors that are still not fully understood.

It is those additional factors that will ultimately determine if cloud seeding is a cost-effective approach to increasing the availability of increasingly scarce water.