The Swiss Federal Institute of Aquatic Science and Technology (Eawag), together with ETH Zurich, have produced plastic particles with palladium, a precious metal, built into their centre.

Creating ‘traceable particles’, the researchers could then track whether the particles produced in the laboratory are taken up by organisms, as well as carry out controlled eco-toxicity tests.

As part of the research, a joint project is running between Eawag and the Zurich water utility using the tagged particles, focusing on the retention of nanoplastics during drinking water purification.

Presented in peer-reviewed journal, Nature Nanotechnology, the researchers wrote how the method has great potential for keeping track of the behaviour of nanoplastics in technical systems as well as in environmental situations.

The research focused on tiny plastic particles measuring about 100 nanometres, which are used in many products, for example to encapsulate dye or aromatic substances or as additives to shampoos and cosmetics.

Many of them land directly in sewage as soon as the products are used, with more than 98 percent of the smallest plastic particles from sewers retained in sludge, according to Eawag.

However, together with other plastics, for example from tyre rubber in road run-off, they end up in the water-treatment plants. 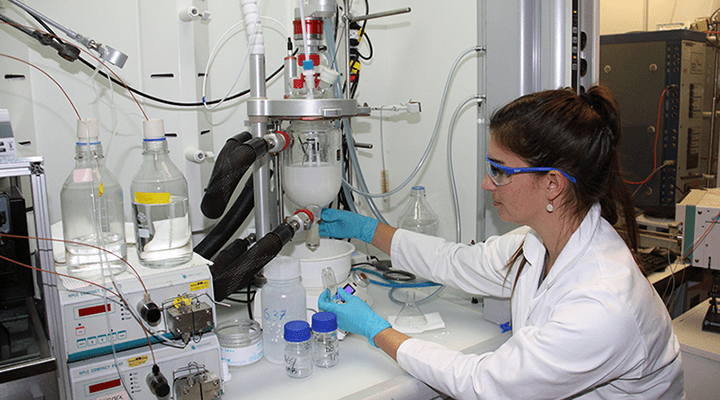 Globally, concern is growing regarding the presence of microplastics in the environment.

Last year the World Health Organisation (WHO) announced it would launch a review into the potential risks of plastics in drinking water after a study by the State University of New York in Fredonia found 93 percent of popular water brands tested included microplastics.

Elsewhere, research in Finland found that microplastic removal in certain wastewater treatment plants was as high as 99 percent, depending on solids removal.

“Until now it has not really been possible to measure them [nanoplastics] there [water treatment plants],” said the Swiss institute behind the research. “Unlike larger particles (microplastics), they cannot simply be sieved out and weighed or counted. In addition, it was unclear, except in models, how much nanoplastic was retained in water treatment plants and how much entered the environment.”

Researchers said the nanoplastic particles bind very quickly to the sludge flocculate, resulting in an ultimate elimination level of more than 98 percent.

Denise Mitrano, project leader, said: “As long as the sludge is not spread on fields, but burned, as is the practice in Switzerland, very little nanoplastic material makes it into the environment.”

She added: “We need to know much more about the behaviour of nanoplastics. Even if only small percentages make it into surface waters, these can add up to higher concentrations downstream.”

Humans could ingest 2000 microplastics per year through salt