In recent years, the impacts of climate change have meant that temperatures have risen and water levels are falling. Droughts and heatwaves are forcing governments and water suppliers to bring in restrictions on our water use. Yet, the recent development in water reuse technology has opened the door for opportunities to augment water supply. 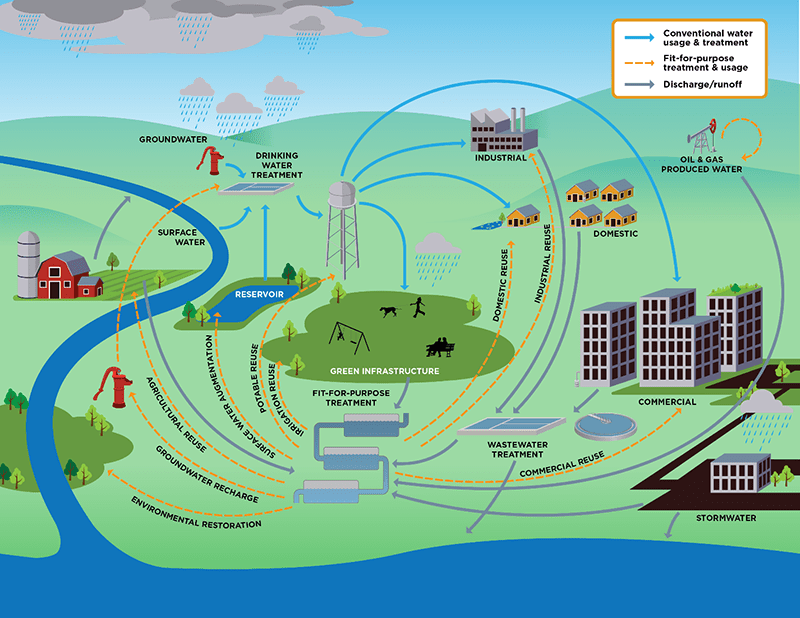 Through the application and investment of water reuse technology, it is possible for communities around the globe to make their water go further. The idea of water reuse – to recycle wastewater - for agriculture, sanitation and even drinking water is not a new concept.

While the technology has developed and improved, public opinion on water reuse is still playing catch up. The following article is designed to provide an overview of water reuse processes – including direct and indirect potable reuse – as well as the technologies and guidelines.

What is water reuse?

In its simplest terms, water reuse is a process of treating wastewater by removing any pollutants, before either adding it back into a water source or sending directly to be consumed. Conventional municipal water systems take water from lakes or rivers and treat them to meet drinking water standards before it is released for public use.

There are many benefits to water reuse, especially in small communities where it significantly increases the community's water supply during droughts. While almost all water is eventually reused in some form or another, there are two processes that have designed specifically for recycling wastewater to then be used for drinking water; Direct Potable Reuse (DPR) and Indirect Potable Reuse (IPR).

Direct potable reuse is the process where purified water is created by adding treated wastewater directly into a municipal water supply system without any environmental buffer. There are many benefits to using a DPR process:

Cost-effective – DPR systems typically appear in or nearby drinking water and wastewater treatment plants and, as a result, water only needs to be pumped a short distance. The close distance between the two means that is much cheaper for municipalities compared to IPR methods.

The Australian Academy of Technical Science and Engineering (ATSE) conducted a study comparing the set-up and running cost of DPR and IPR systems. It found that a hypothetical DPR system would cost $616 million compared to the $1,287 million for an IPR system. The running costs were considerably lower too, with the DPR running at $53 million and year in comparison to the $72 million for the IPR system.

There are drawbacks to DPR systems – some systems may require a water quality check plus the additional set-up costs that are involved through labour and planning time. To date, there is only a handful of municipal DPR systems set-up across the world.

Public perception and lack of knowledge should also be taken into account as the general idea of a DPR system being implemented in a local community’s water system can lead to public resistance and misunderstanding, if implemented poorly. 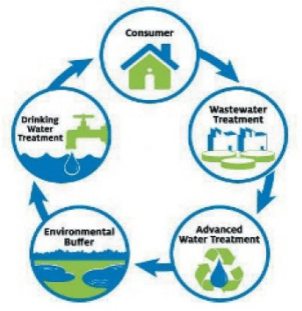 This process works by releasing treated wastewater into either underwater or surface waters reservoirs, with the intent of using it for drinking water supplies later on. The water is then reclaimed and treated to meet drinking water standards. There are a number of benefits to using an IPR system:

A known method – IPR is not new and has been introduced successfully around the globe. There a no adverse health impacts that have been reported as a result of an IPR system in communities that make use of it, leading to their popularity. Public backing – IPR systems have won public favour in recent years as more consumers get on board with the idea of having an IPR system compared to a DPR system, according to the study carried out by the ATSE.

Just like with DPR systems, IPR systems also have their drawbacks. Not only are they more expensive than a DPR system, but they also have the additional cost of having to pump water a much further distance to and from the water treatment plants. IPR systems have been criticised on resource efficiency as they effectively treat the same water twice, as referenced in the ATSE report.

While IPR does have greater public support than DPR systems, it has still not 100 per cent won the hearts of the public. General public opinion and knowledge on the subject of water reuse are one the major stumbling blocks this process is facing today.

There are a number of factors that can have an impact on the choice of water reuse technology. The National Academies Press report found that the key factors that determine a technology choice include; the application of water reuse, the quality objectives of the reclaimed water, characteristics of the source water, compatibility, process flexibility, operation and maintenance, energy and chemical requirements, staffing requirements, residual disposal options, and environmental constraints.

Membrane bioreactor – By combining biological, secondary, and tertiary wastewater treatment in one step, this technology can treat wastewater to drinking water standards. It also represents an established means of enabling the reuse of wastewater.

Ultrafiltration – Used for drinking water treatment, ultrafiltration systems designed to operate downstream on a secondary wastewater treatment process, where no further biological treatment is required but where high-quality water is the objective. One of the benefits of this system is that it features a small footprint that can be placed practically anywhere.

Reverse Osmosis (RO) – RO systems are used after the wastewater has been pre-treated to remove any organics, solids, and metals that may oxidise the membranes. Pre-treated water is sent to an RO for desalination for drinking water, water reuse, or as part of a system to produce ultrapure water. This technology is selected for indirect and direct potable water reuse applications because it provides an excellent barrier to bacteria and pathogens and can remove pesticides. 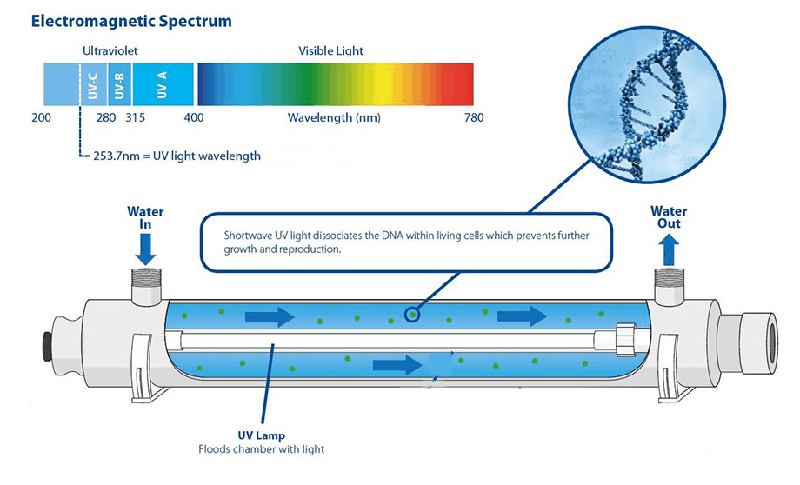 Disinfection Technologies (UV / Ozone / Advanced Oxidation) – These technologies are used as a final step in water reuse applications to remove any remaining organics.

Electrodialysis Reversal (EDR) – This is an electrically driven membrane process that uses an electric voltage to draw ions through membranes. Because of the polarity reversal design, EDR is a self-cleaning, durable membrane system ideal for turbid wastewater. EDR technology achieves the highest water recovery for water-scarce areas. 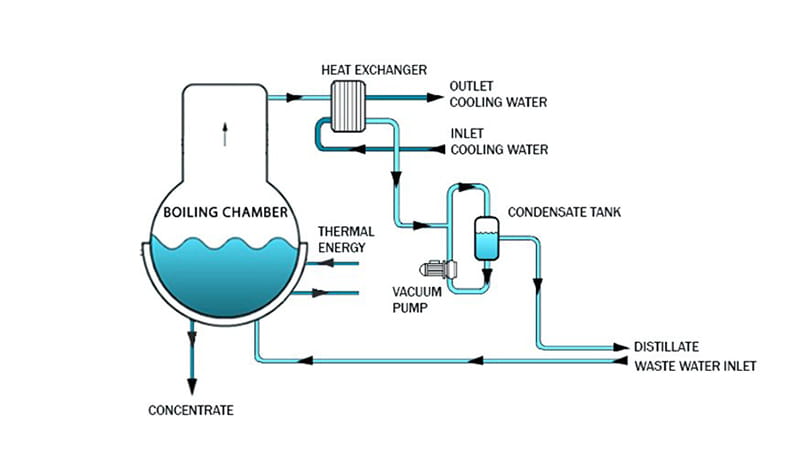 Thermal Evaporation and Crystallization Systems – These systems are essential for achieving zero liquid discharge and recycling the remaining wastewater. With any wastewater reuse system, there are often a few remaining wastewater streams too saturated for conventional physical/chemical and membrane technology. Evaporation and crystallisation reduce these last difficult wastewaters to dry solids, allowing for cost-effective disposal and squeezing out the last bit of clean water for maximum recycle and reuse.

One of the main attractions of wastewater reuse is its application to augment drinking water supplies. Both reuse processes, DPR and IPR, are viable methods to reclaim wastewater as drinking water, but the treated water is commonly used for agriculture and sanitation purposes.

The current objections to wastewater reuse, as stated in the National Research Council's study. Issues in Potable Reuse: The Viability of Augmenting Drinking Water Supplies With Reclaimed Water, are “whether drinking water standards are adequate to ensure the safety of all waters regardless of source”.

In the United States, San Diego took part in an IPR study in 2013 to use wastewater as its main drinking water source. Importing 85 per cent of its water from Northern California and the Colorado River, they treated wastewater that had been discharged from Las Vegas to treat into drinking water. The $11.8 million project produced one million gallons of purified water each day.

The biggest challenge around using wastewater for drinking water is not the technology or application; more the public opinion resisting the idea. Many communities still dismiss the idea of using wastewater as they believe it is not safe, or it is still unclean to be used for drinking after treatment.

Any wastewater that is being reused for the purpose of drinking water has to compile with these guidelines and must meet the drinking standards of whatever regions they are in.