Experiencing one of New Zealand’s worst droughts on record

Parts of New Zealand have an abundance of water, yet others are facing one of their worst droughts in history.

For Auckland, the latter means it will introduce mandatory water restrictions for the first time since 1994.

Data from the New Zealand drought monitor index (NZDI), a climate-based indicator, shows that Auckland has been hit hard with more than 77 consecutive days spent in drought, or severe drought.

With much less rainfall received thank normal for this time of the year - only 36 per cent of usual levels - the region’s water supply is expected to remain under strain. 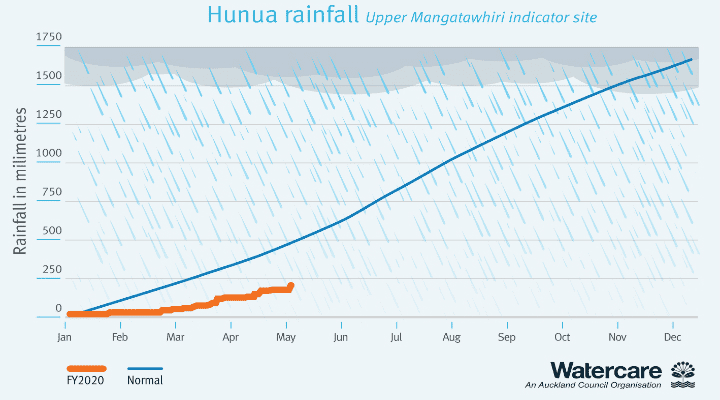 Stage 1 of restrictions will ban the use of outdoor hoses, and car washes can only operate if they use non-potable water.

It will also prohibit the watering of sports fields, plants or paddocks unless an irrigation system is fitted with soil moisture or rain sensors.

‘Stage 2’ restrictions will be then introduced if Auckland’s water storage levels continue to decline to a level agreed in Watercare’s Metropolitan Drought Management Plan.

Aucklanders who breach water restrictions will get a warning in the first instance. This will only be escalated to prosecution in the case of significant or repeated breaches.

“I want Aucklanders to remember that if we don’t get it right and save water now, we will have to implement harder restrictions on the future and no one wants that,” said Auckland Mayor, Phil Goff.

The Mayor said the approach is a preventative measure to make sure the city doesn’t reach a crisis situation. “The reason for doing this is obvious: we all enjoyed a really great summer. It was long, fine and hot. But the cost of a beautiful summer is that Auckland experienced the worst drought on record,” he added.

Auckland Council water and wastewater services supplier, Watercare, said it would be maximising production at its Waikato and Onehunga treatment plants, to help reduce demand on its storage dams.

This includes taking 150,000 m3/day from the Waikato River, as part of its approved resource consent.

Raveen Jaduram, chief executive of Watercare, believes the city needs to have “mature” conversations about “circular” options, such as direct potable reuse.

He believes that water conservation efforts will only delay the need to increase supply, according to the NZ herald.

“Treating wastewater is environmentally friendly and a closed-loop system…if there is nothing else, what do you do?"

"Treating wastewater is the most environmentally-friendly and preferable option,” he reportedly said, adding that it’s a “closed-loop system, though it presents some societal challenges”.

He added: “If there is nothing else, what do you do?”

As well as the perceived public perception challenges, the process could face cultural hurdles as part of Tikanga, a Māori concept with a wide range of meanings.

This opposes the mixing of “waimate”, known as water devoid of life with “waiora", healthy and freshwater.

However, freshwater and Māori studies expert Dan Hikuroa from the University of Auckland said treated wastewater is degraded but not dead water, or “waimate", the NZ Herald reported.

A recent report from Water Reuse Australia concluded that the barriers to water reuse are not insurmountable for drought-stricken Australia.

With treated wastewater already being successfully used in the US, Singapore, Namibia and even closer to home in Australia, it raises the question of what is New Zealand’s experience of water reuse?

The potential role of treated wastewater as a water source is well acknowledged in New Zealand, yet the adoption of direct and indirect potable reuse on a large scale has yet to take off.

In its Asset Management Plant 2016 to 2036, Watercare, which owns and operates AUD$8.4 billion of water and wastewater assets, did not reference supplying the public with treated wastewater.

Currently, large volumes of treated water are instead used for on-site processed, including flushing, cleaning and cooling.