Wastewater to hydrogen: the fuel of the future?

Hydrogen is widely touted as one of a core clean energy fuels we need. Novel wastewater treatment technology represents a potential source of this fuel of the future.

Burning hydrogen produces only water, and so it is seen as a potential breakthrough fuel for the clean energy transition. Coupled with emerging technologies like fuel cells, hydrogen is clean, efficient and is crucially energy-dense enough to replace conventional liquid fuels like petrol and diesel.

However, more than 95 per cent of all hydrogen produced around the world today is derived from steam reformation of natural gas. This so-called grey hydrogen is not only far more expensive than existing fossil fuel alternatives, but it is not a solution to climate change.

Consequently, the search is on for cheaper and cleaner ways to produce hydrogen and water treatment is a potential source of green hydrogen that is attracting growing interest.
It is well known that anaerobic digestion of the kind commonly found in water treatment works produces methane or natural gas. Like fossil-derived natural gas, this can then be reformed to strip out the hydrogen.

Addressing the challenge to make such a process cleaner, far more efficient and cost-effective is now set to take a significant leap forward in Australia with a new project that is expected to get underway next year.

Using wastewater as a hydrogen feedstock

Hazer Group recently announced that a commercial demonstration project is set to commence following a final investment decision and the appointment of Primero Group as the EPC contractor.

Intended to operate for up to three years or until the end of 2023, the hydrogen project is scheduled for completion by the middle of 2021.

Once operational, the plant is set to produce around 100 tonnes of hydrogen a year using Hazer’s novel catalytic process. A thermocatalytic decomposition of methane splits the natural gas at high pressure and temperature using an iron ore catalyst.

Located at Water Corporation’s Woodman Point Wastewater Treatment Plant at Munster in Western Australia, the AUD$16.7-AUD$17 million (US$11.7-11.9 million) project will use the biogas produced during water treatment as feedstock to produce both hydrogen and graphite – a fixed form of carbon that is used in multiple manufacturing processes.

This sets the technology apart from most processes that strip the hydrogen from methane, as these typically produce carbon dioxide. Following the signing of a binding gas supply agreement with Water Corp, it has moved to the project execution phase.

A circular economy in action

Dr Michaela Kendall, CEO of fuel cell company Adelan is a veteran of hydrogen technologies and Hydrogen Challenge Champion for the UK at BEIS.

“This is a great example of the circular economy in action, and we are working with a number of businesses that can both produce and use hydrogen to improve the bottom line.”

“The search is on for cheaper and cleaner ways to produce hydrogen and water treatment is a potential source of green hydrogen that is attracting growing interest.”

According to Hazer the hydrogen produced will be fuel cell grade and capable of use as a low-emission transport fuel, for power generation or in clean industrial applications.

Indeed, Hazer has now expanded the scope of the project to include a stationary fuel cell element that will help to power the process. A significant chunk of funding for the project has come from an Australian Renewable Energy Agency (ARENA) grant.

Commenting on the development Geoff Ward, Hazer Group Managing Director, said: “This is a significant milestone, and… is a key step in demonstrating the commercial readiness of our technology to the growing national, and international, low-emission hydrogen market.”

Cleaning up transport with dirty water

Water treatment companies are also exploring other approaches to generating hydrogen. Scottish Water in the UK, for example, announced earlier this year that it is exploring using electrolysis to produce hydrogen and oxygen from its wastewater stream.

“The preliminary results showed that hydrogen production from wastewater might now be possible and could help reduce carbon emissions.”

The company’s Scottish Water Horizons programme and Research & Innovation teams have worked with a Strathclyde University MSc student to identify the potential to use electrolysis with wastewater. The preliminary results showed that hydrogen production from wastewater might now be possible and could help reduce carbon emissions.

“Hydrogen is cleaner and kinder to the environment than natural gas and could be used to power our sites. Tests are also ongoing to use it to fuel our hydrogen vehicles. We use oxygen in some of our wastewater treatment processes, which requires a lot of energy to create. The oxygen produced could be used to reduce our energy consumption and carbon emissions,” explains Zoe Frogbook, strategic programme manager in research & innovation at Scottish Water.

The UK is now developing its hydrogen strategy, and this is expected to be published early next year.

Scottish Water is now commissioning a more detailed feasibility study, which will allow it to establish the economics and carbon benefits of installing the equipment and to decide if it’s technically and commercially viable.

If the study proves the technology is viable, it could see a pilot project using the new technology at one of the company’s sites in the near future, the company says.

Going to the dark (fermentation) side

Another promising avenue of research that may prove attractive to wastewater treatment companies is the production of hydrogen directly by microorganisms.

Considerable research efforts are underway to establish, which are the best strains of bacteria and what are the optimal conditions to promote hydrogen production. This includes sewage sludge while inhibiting species more typically found that produce methane. 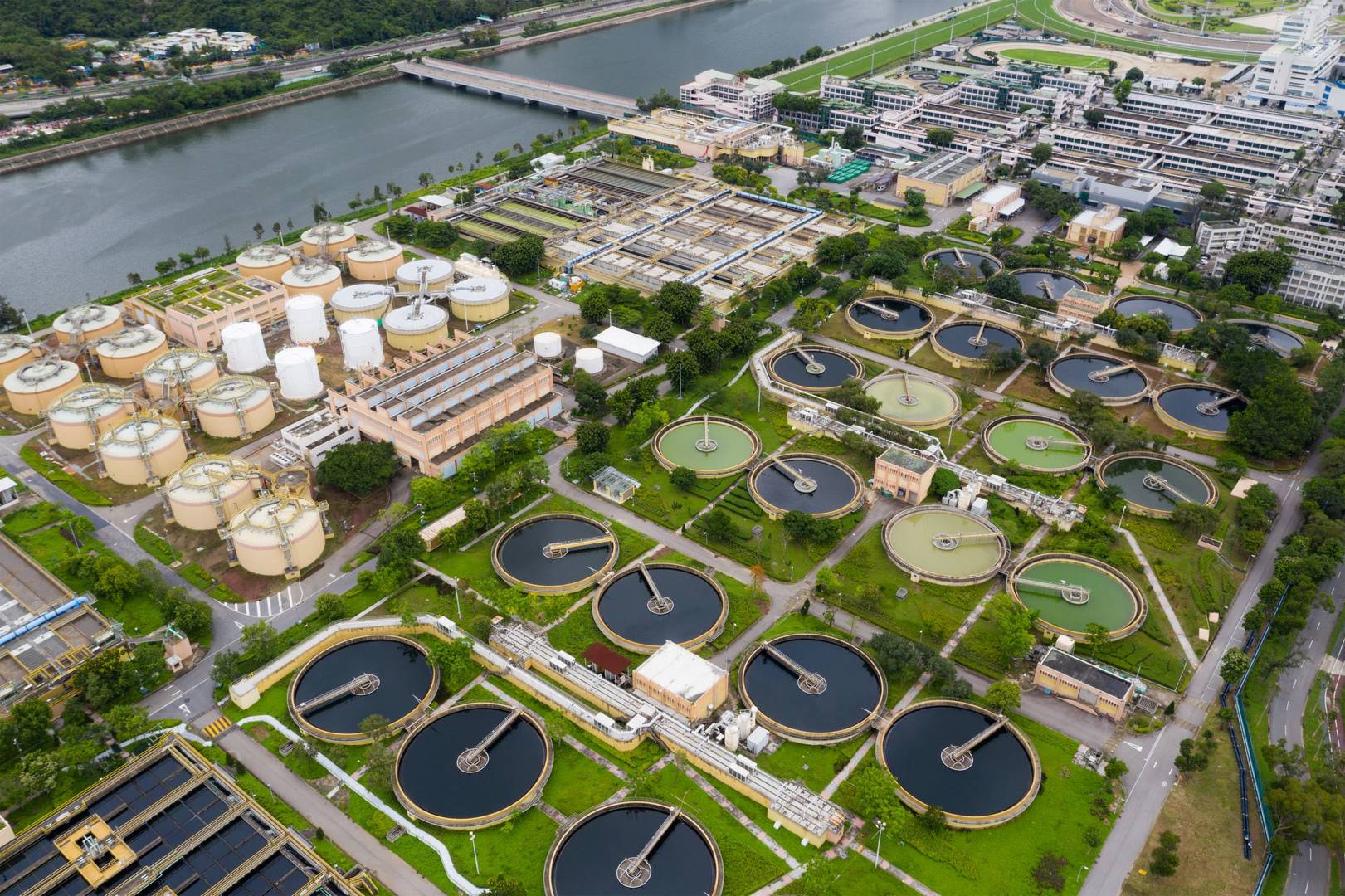 Dr Kendall concludes: “The world is increasingly turning towards hydrogen on the road to Net Zero.  With Germany and France recently committing over €7 billion a piece to developing the hydrogen economy, and China set to spend $20 billion before 2023, international technological collaborations like Mission Innovation will become more critical in spreading good ideas and best practice.

“Global climate change commitments will mean that governments will need to use every tool in the box to reduce carbon emissions.”

Potentially, wastewater makes a readily available, attractive and low-cost stream of material from which hydrogen can be produced.

Indeed, numerous different approaches are being explored and developed that can reduce the environmental impact of water treatment while increasing the production of hydrogen. Perhaps more significantly, wastewater may ultimately prove to be the clean fuel of the future.