Video: Water digitalisation – could it be Denmark’s next export success?

Boasting abundant aquifers and 120,000 lakes, Denmark is blessed with water. Yet behind the country’s 80+ suppliers and utilities, disruption is taking place, particularly on the use of data and digitalisation. We speak to a variety of water utilities and companies to find out more.

Winds of change for water

Lego, Bang & Olufsen and Lurpak: three powerful brands known around the world. But what do plastic bricks, high-end audio equipment and butter have in common? To start with, all three can be considered Danish export success stories.

A fourth worth mentioning is wind energy: an industry that has accounted for nearly 80 percent of the country’s exports in recent years, valued at over 5.8 billion euros. Furthermore, by 2020, wind will be responsible for half of Denmark’s energy supply.

With such enviable statistics behind the country, it raises the question of what could be the next wind, or the next Danish success story? A story that has been homegrown within the Scandinavian country of 5.7 million and one that is ready to be shared with the world?

One answer could be the digitalisation of the country’s water sector and the experience and technological solutions that go with it. 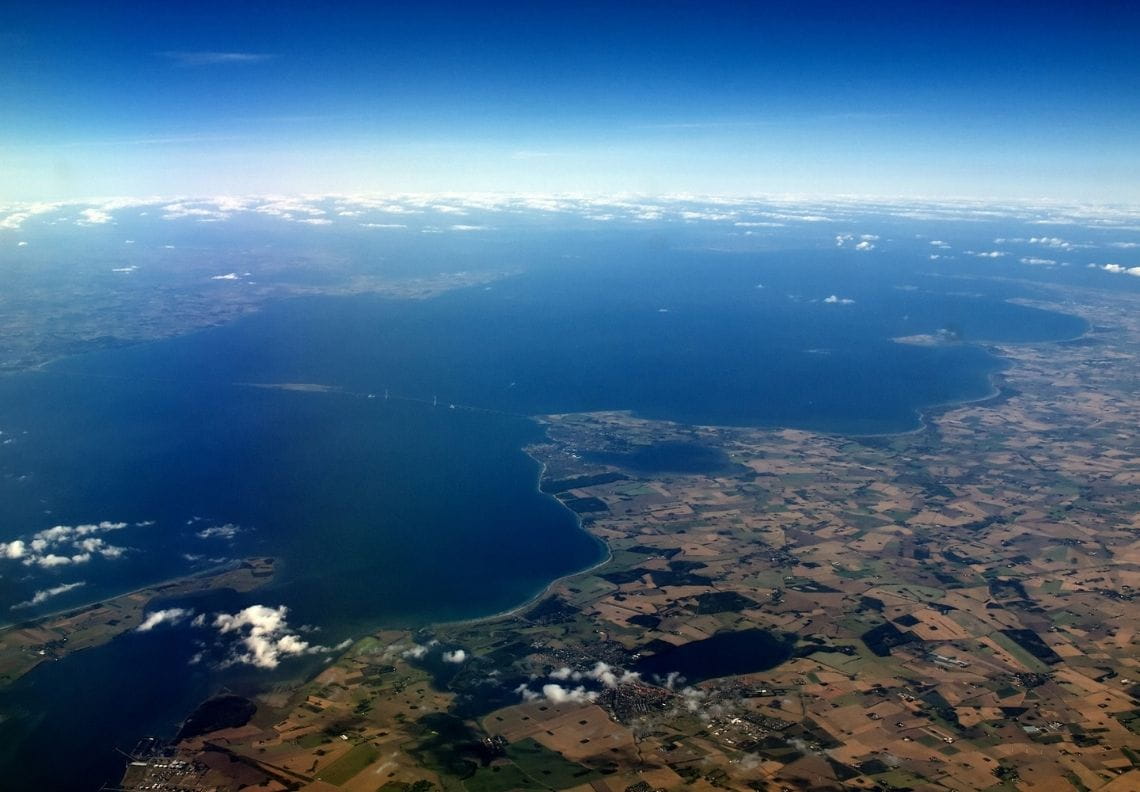 For Denmark, water availability is not a problem. The country is blessed with groundwater, which supplies almost 99 percent of its total supply. Coupled with this is a total of 120,000 lakes and a diversified and a somewhat fragmented utility market, comprising 87 municipal owned drinking water companies and approximately 2600 waterworks.

Yet, consolidation of the market could be inevitable in the future. Historically, the responsibility of managing water supply from a well fell to the community figureheads – farmers, butchers and teachers. Since then the size, scale and maturity of water suppliers has varied considerably.

Future consolidation is being seen as an unwanted inevitability in the country but such changes are political, as expected in any part of the world.

The price is right?

As well as wind, Denmark has a solid track record on water. Since 1980 the country has reduced its water consumption by nearly 40 percent, with per capita consumption down to 104 litres per person per day.

A lot of this has been driven by previous governments: each year water utilities have a target to improve costs, driven by efficiency, by 2 percent.

Despite the lower than average consumption, it comes at a price. According to the Danish Water and Wastewater Association (DANVA), households pay around DKK5300 (€710) per year for water - one of the highest in Europe.

The previous administration signed and delivered a strategy known as ‘Vandvision 2025’, setting its strategic ambitions for the country’s water sector. In the document it states: “Our vision is that Denmark in 2025 will be the world leader in delivering intelligent, sustainable and effective water solutions. Denmark will build on its position as a growth center for the smart water solutions the world needs.”

In January 2019 the government’s ‘growth team’ for green energy and environmental technology made nine recommendations. Although not yet implemented due to the recent parliament elections, digitalisation is a major part of at least three of these recommendations.

One Danish utility that has been flying the digitalisation flag before it became popular was Aarhus Vand. Denmark’s second largest utility provides drinking water to 260,000 people and treats wastewater from 340,000 people.

It was back in 2000, almost 20 years ago that the company investigated building systems to increase its monitoring and reporting efforts, producing more data from process operation right through to the lab.

The latest digitalisation effort is looking at how more data can be generated to be used in the administrative parts of the business. Efforts are underway on accessing data, making it available and secure.

“It’s about getting information out of data, to further increase our productivity to help develop new businesses, to grow our business and as a foundation to launch new businesses,” says Jesper Kjelds, chief digital information officer at Aarhus Vand. 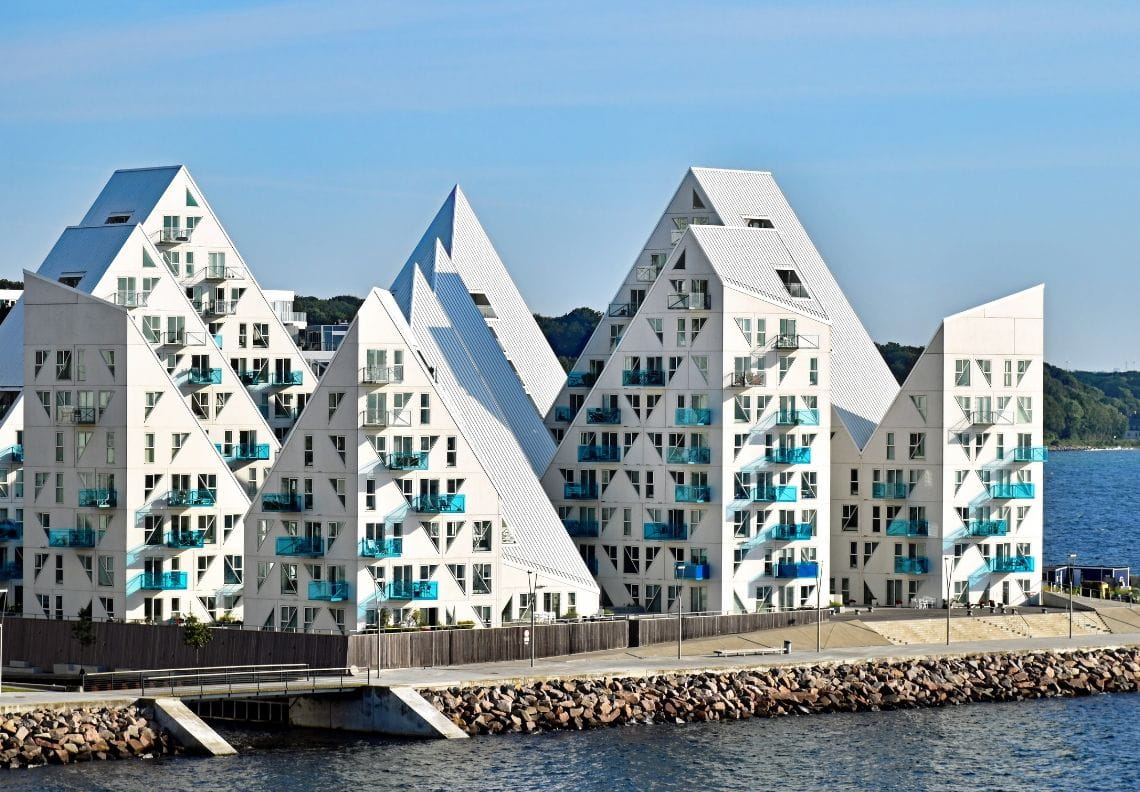 The utility has been working to integrate Supervisory Control and Data Acquisition (SCADA) with lots of types of other data to automate, streamline and help control its water operations.

“We are looking to raise the bar for water utilities,” adds Kjelds. “Nobody is going to disrupt us – we are the disruptors and want to continuously push the limits on innovation.”

For Claus Hoffman, the chief operating officer of the business, digitalisation is more than just technical changes. “It’s about changing from a technical and project-led organisation to a visionary company,” he says.

“Customisation plans started 10 years ago – SCADA has brought us a long way, but we are seeing digitalisation as an added layer on top of that.”

It was in 2013 when Aarhus Vand implemented a real-time integrated control-and-warning system, comprising three wastewater treatment plants and nine underground wastewater storage tanks. All were networked to the combined sewer overflows, rainwater overflows and a local weather radar.

The system was virtualised to ensure real-time operation. It handled data acquisition, processing and validation, modelling and strategy optimization, issuing control instructions and controlling the infrastructure elements. Even the public were alerted after operational alarms were triggered.

And the results? An alleged €32 million saving for the city, compared to the estimated construction cost of €79 million for conventionally operated retention structures.

“This was about changing from a physical engine to a decision-based network,” says Richard Vestner, Group CDO DHI A/S, which supplied its MIKE software solution for this project.

He believes this embodies the evolutionary stage between water and industry, known as Water 4.0, which will be a seamless blend between real and virtual systems, including real-time forecasting modelling.

“There will be four maturity degrees for digitalisation and the value creation process with Water 4.0,” he adds. “This includes to enable water utilities see, to understand, to prepare and finally, to act.” 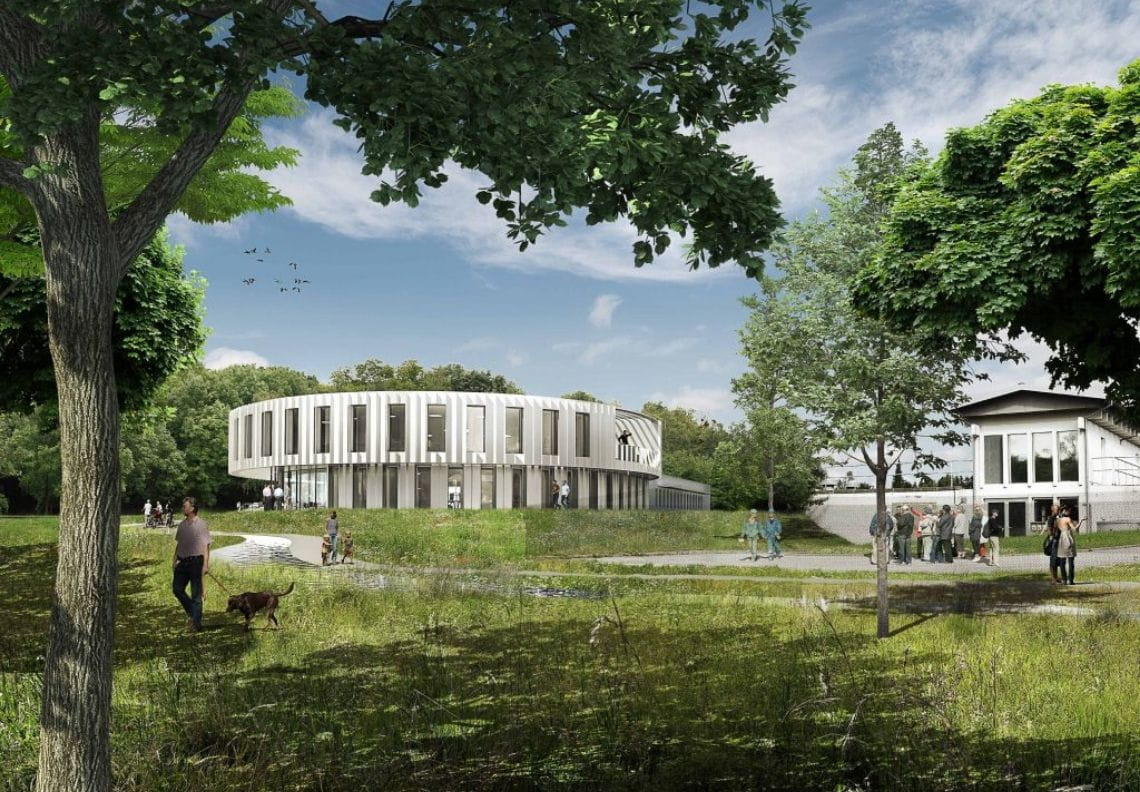 Another notable example is utility Skanderborg, which serves 62,000 people for drinking water and wastewater services. It is also the central pillar behind the AquaGlobe initiative, launched in 2016, which is a cluster of 15 Danish companies and effectively a ‘test bed’ for new solutions.

A small-scale water treatment plant greets you as you enter the AquaGlobe site. This is symbolic of the metamorphosis taking place within the utility sector, according to Rune Kier Nielsen, strategic communications consultant.

“We are trying to shift from a water engineering utility to a service organisation,” he exclaims. “We want to be open, not keep people out with barbed wires and bad smells.”

As well as deploying 7000 smart meters, the utility is looking to increase the consumption of the resulting data by adding automation, machine learning and artificial intelligence (AI) into the mix.

Jens F Bastrup, CEO of Skanderborg Forsyning, adds: “Digitalisation for us means we can get more value to our customers, to our partners and create new services and better solutions. By getting data to work for us, we can get more out of less.”

He adds: “It’s a new way of working. For us as a utility the way we work will be different in the future. So that’s also a transformation that we’re going through – how can we use data in a new way?” 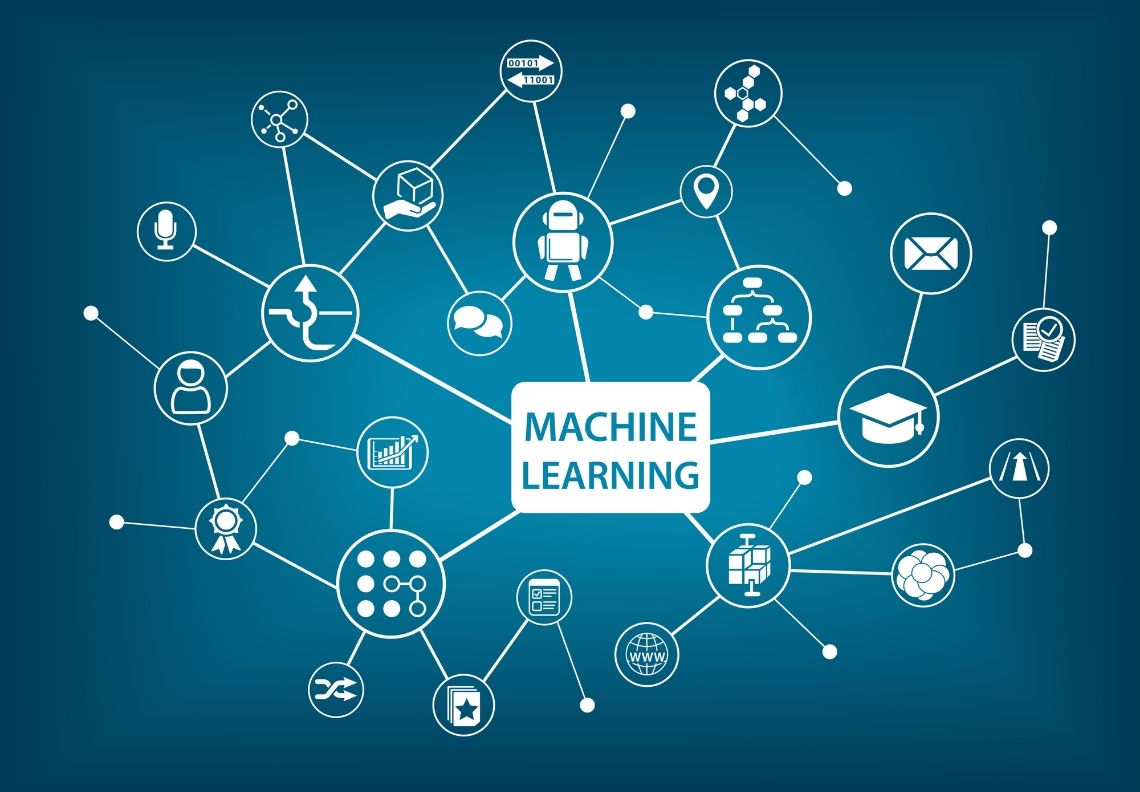 Skanderborg believes that machine learning can be a gamechanger on pumps.

Coupling data from smart meters is helping the company to algorithmically match supply and demand. Water is extracted from boreholes exactly when needed, meaning the pumps work only when they have to.

And of course less pumping means these assets can last longer, with less maintenance required. In a nutshell: combining new and old methods is enabling water utilities to run their operations more efficiently.

“Machine learning is all about the patterns,” adds Michael Pilc, chief operating officer. “We always look at numbers but patterns are more revealing. Once we have this, we can make the operations managers see something we don’t initially see.”

A third Danish environment, energy and climate company worth looking at is BlueKolding A/S, which covers the city of Kolding and its suburbs.

Ten years ago the water company starting working with Veolia subsidiary, Krüger. Then, in 2012 and 2013 three of its satellite wastewater treatment plants were fitted with Aquavista software. Four years later in 2017, BlueKolding then extended the use of the cloud-platform for the integrated control of the Agtrup WWTP.

The development led to less manpower being required to visit the satellite WWTPs and according to BlueKolding CEO, Per Holm, the “cloud-based solution means that our data security is on a very high level and that’s very important to us”.

If the statistics released from the projects are to be believed, then it’s clearly working: 40 percent saving in operation costs; 25 percent improved effluent quality; 80 percent increased hydraulic capacity leading to 67 percent reduction in CSOs, and 22 percent reduction in capital investment for retention basins.

Others believe digital tools could create a shift in how the industry uses the workhorses of water: pumps.

It’s well known that the upfront cost of pumps is not the biggest expense; their operation is responsible for up to 90 percent of the lifecycle costs. As a result, pump companies are being forced to generate more data, more insights and more actionable intelligence to help give them the competitive edge.

Global pump giant Grundfos opened its own Digital Transformation Office (DTO) two years ago to focus on these areas. The concept is to run it as a separate, nimble start-up but with the broad shoulders of the company’s channels to lean on when needed.

“Tools such as artificial intelligence (AI) can be used to optimise network efficiency, matching supply and demand and to ensure assets are maintained and serviced when they need to be,” says Marianne Kjledgaard Knudsen, group vice president, Grundfos global water utility segment.

She believes Denmark has historically led the way in various digital disciplines.

“The Danish companies are leading the way on digitalisation because of our heritage. We have a strong foundation in Denmark for working in digital. It ranges from introducing the first national credit card, to the first personal identification number. The government today is definitely supportive and engage in difficult discussions on data ethics and security.”

From Lego to water 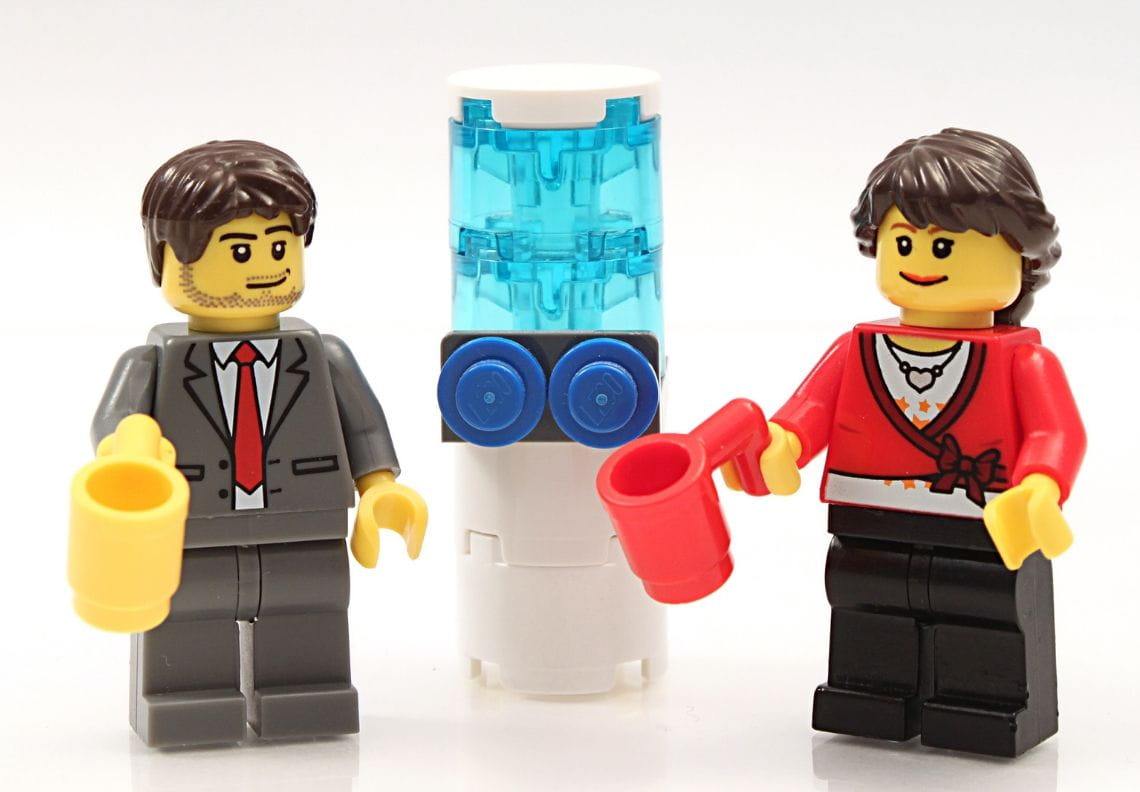 For a country with just shy of eight million people, Denmark has certainly punched above its weight with export successes. Lego is often voted as one of the world’s most powerful brands and Lurpak butter is sold in 75 countries globally.

But what do Lego bricks and butter have to do with water? The embedded water footprint to one side, not a great deal. But it could well be that the Danish ‘secret sauce’ applied to create these successes is being applied to its water market: efficiency, collaboration and modesty. It’s simply not the Danish way to shout from the rooftops over successes the way other nations feel somewhat obliged to.

In 2020 capital city Copenhagen will be the host city for the IWA’s 2020 World Water Congress. The eyes of the global water community will be firmly fixed on the country. With digitalisation efforts strongly underway, now is the time to open up and share the experience for the improvement of global water supply. And that would be one export success story to be proud of.

- The utilities Aarhus Vand and Skanderborg Forsyning, as well as DHI will be speaking sharing their digitalisation stories in the Innovation Forum, taking place on Monday 4th November. More information can be found here.