The third Aquatech BreakOuts live session brought together a mix of the public and private sectors to discuss circular economy innovations.

Discussions focused on developing one of the world's most water-efficient breweries, to turning a utility waste stream from a cost to a revenue and also generating energy from high strength wastewaters..

Tuning in from the Fredericia site, where one of the world's most water-efficient breweries is being developed by Carlsberg, Nøhr Bak outlined the group’s wider ‘Together Towards Zero’ ambitions. 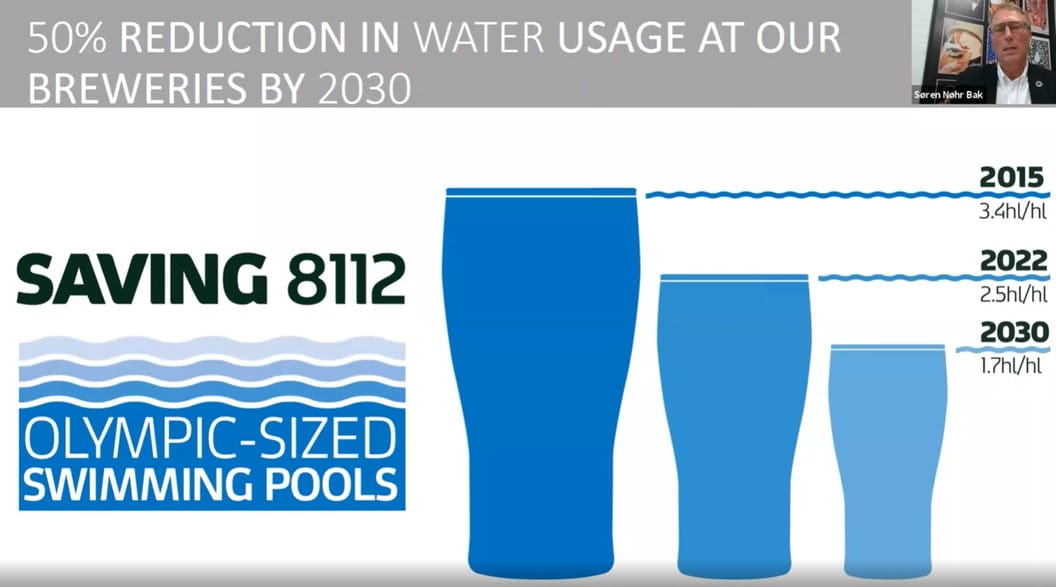 Across its 80 breweries globally, Carlsberg has set out the target to reduce water usage by 50 per cent, which Nøhr Bak said was “impressive”.

Driven by the Four Rs, including ‘Rethink’

“The way Carlsberg is working on improving water efficiency runs in parallel to the aims of a Circular Economy,” he said. “We are working with the four Rs: reduce, reuse, recycle and rethink.”

Nøhr Bak added: “What is new for the food & beverage industry in general, is the notion of recycling water – taking water that has gone down the drain and improving the quality to reuse it again.”

He asked the audience to think about “how and why you are using water?”, which he said could lead to more opportunities and symbiosis with other industries located nearby.

Once the developments are complete, the Fredericia site will result in the saving of 560,000 m3/year of water, as well as generate energy through biogas production.

“This demonstrates the circular ambitions of Carlsberg,” he added.

Rik Thijssen described how Vitens – one of the largest water utilities in the Netherlands dedicated to groundwater serving 5.4 million customers – turned a cost to a profit.

Water treatment and production by Vitens was generating 60,000 tons/year of waste products, costing €1.8 million euros in 2012 to “eliminate these waste products”, including the movement of 2000 trucks. 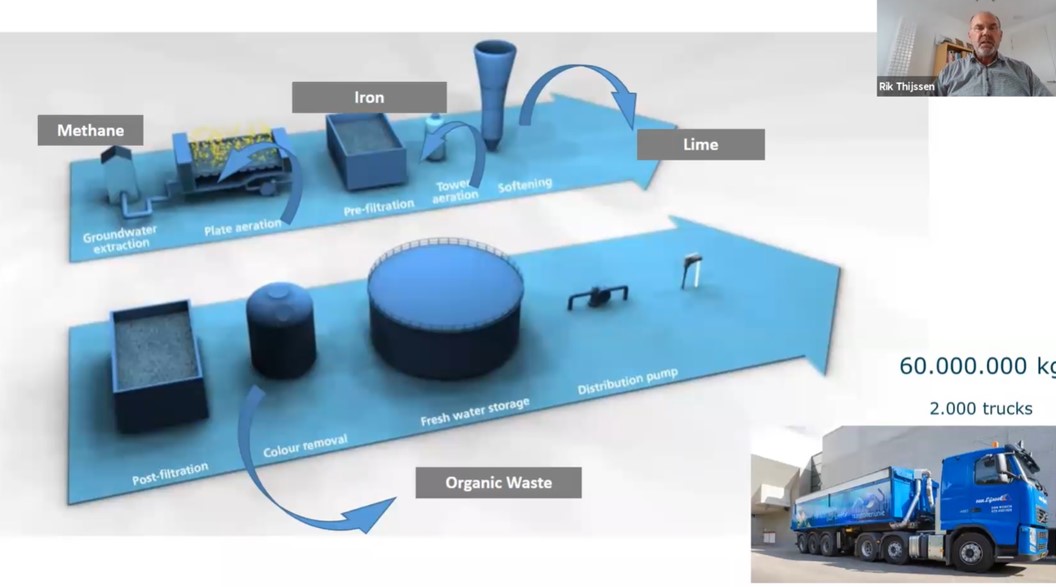 Following a detailed analysis within Vitens, the organisation shifted between to focus on developing resources. From 2014 to 2020, although the resource recovery was “initially driven by cost£, it moved to become value-driven and finally driven by socially impact.

Not just a water utility

“At the start, it was really about cost reductions – we were aware of circular economy discussions, but it was more handling the waste," said Thijssen. “We moved this to a value-driven process.” 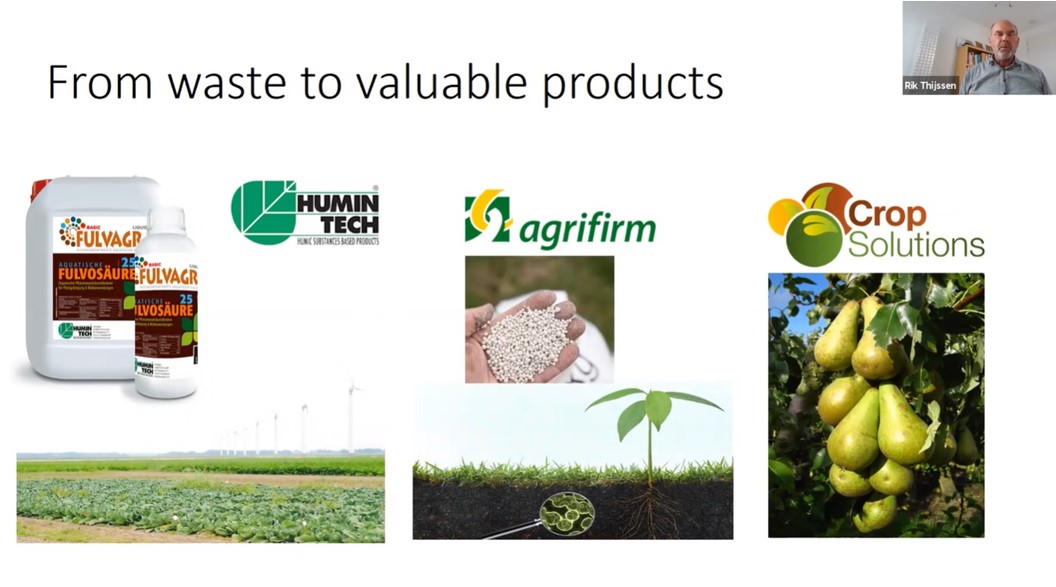 This included organic matter turned into high-value humic acid and fulvic acid compound sold by Humintech; lime pellets sold by agriculture company, agrifirm supplying lime to farmers for treating soils; and the third application on iron is focusing on improving fruit yields in the Netherlands, which will be expanded to Europe.

“We went from a high cost to a positive turnover. This was accomplished in eight to nine years' time, going from over a €1.5 million cost in 2011 to generating nearly half a million euros in revenue by 2019."

The business development manager said: “We became aware that a water utility was not just a water utility but in close connection with the surrounding environment, and soil and the wells. We were aware of our responsibility to extract water, but also the responsibility to bring back water to the source. We fully realised the nutrients that could be generated from our waste streams.”

Orianna Bretschger concluded by addressing very high strength industrial wastewater and developments to treat and create energy from this source.

Also called ultra high-strength wastewater, generated by food & beverage companies, soft drink and confectionary manufacturers, it can be up to 1000 times more concentrated in sugar than traditional municipal wastewater.

The Aquacycl CEO briefly discussed a plug and play, modular containerised solution, currently being demonstrated in the US with commercial partners, including a small brewery in Southern California.

The modules can be stacked together “like LEGO” in a shipping container, to process different volumes through the system.

While demonstration systems have been small, processing one cubic meter per day, the concentrations being treated were high (anywhere from 30,000 ppm of chemical oxygen demand (COD), up to 300,000 ppm of COD).

Interestingly, DC power is generated in the process – up to 1.6 kWh/kg of COD of wastewater treated, with “22 kWh/day produced for the confectionary company”.

"This has great potential for energy-neutral wastewater treatment for some of these really challenging waste streams."

Bretschger said: "This has great potential for energy-neutral wastewater treatment for some of these really challenging waste streams.

“We’re very excited to integrate with full solutions being that pre-treatment step that can enable reuse and circular economy, starting in food & beverage and scaling into other applications.”