The city of Detroit has the highest population in the state of Michigan and in recent years is seeing renewed optimism and investment. Since the 2000s, this has included the restoration of historic buildings and construction of new facilities, including sporting venues, offices and residential properties and a riverfront revitalisation project.

In June 2019, the DWSD announced it would invest $500 million over the next five years to begin to upgrade the water and sewer systems in partnership with engineering consultancy, AECOM. 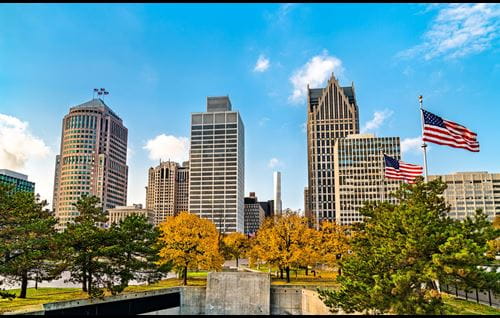 The US city of Detroit is seeing renewed optimism and investment.

Most of Detroit's water and sewer pipes are more than 80 years old, and there has not been a massive infrastructure upgrade since 1930. The KPIs of the city’s sewer upgrade programme include reducing inflow and infiltration (I&I) of the foul sewers, a common problem in regions with separate sewage and rainwater systems.

I&I occurs when rainwater and groundwater drain into the foul system, causing sewers to become overloaded, risking flooding to properties and overflowing of manholes into public areas.

As foul sewers age and deteriorate, groundwater can seep in through defective pipe joints, cracks and holes. At the same time, rainwater can enter the system through the misconnected roof or highway drainage.

“As foul sewers age and deteriorate, groundwater can seep in through defective pipe joints, cracks and holes.”

The combination can quickly lead to the foul system exceeding capacity, backing up and spilling sewage into basements, homes and the natural environment. Ageing infrastructure, growing populations and more extreme weather patterns are some of the issues that exacerbate inflow and infiltration.

The customer and environmental impact of sewer flooding and pollution can be devastating, potentially leading to legal action and fines from environmental regulators, as well as reputational damage and erosion of customer trust. 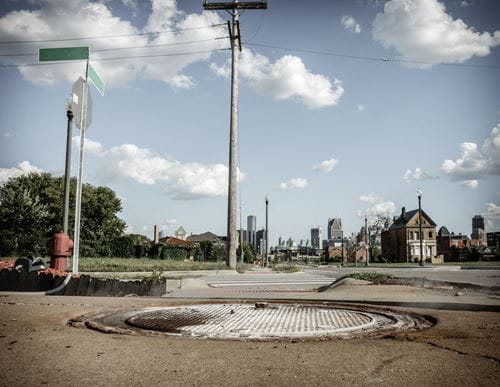 Detroit is making a US$500 million investment in water and sewer systems, some pipes are more than 80 years old.

The American Society of Civil Engineers estimates that inflow and infiltration cost cities in the United States around US$100 billion annually. Tackling the problem can be challenging; urban sewer networks are vast and complex, with thousands of pipe joints and potential defects.

Undertaking CCTV surveys on a regular basis is not cost-effective without data to pinpoint the precise locations requiring attention. Traditional assessment techniques, such as flow metering, dye testing and hydraulic modelling data, can help identify and prioritise work but on a reactive basis when the impact of I&I may already be building.

“Infiltration in sewer networks pose a significant risk for many utility clients.”

“Inflow and infiltration in sewer networks pose a significant risk for many of our municipal and utility clients,” said Andy Gibson, AECOM’s asset management lead.

As part of DWSD’s capital improvement programme, software from UK technology company Probit was integrated into a trial to reduce the inflow and infiltration of the foul sewers.

“The good news is technology has moved on, and by working closely with Probit and deploying their powerful modelling technology, we were able to bring a new, proactive approach to bear on this age-old problem,” added Gibson.

Probit's AIM 3.0 software provides a new approach that encapsulates the cornerstone of asset management: the ability to see, understand and respond to not just what is happening in the asset base now but also to what will happen in the future.

Sophisticated optimisation modelling enables utilities and municipalities to have a holistic look at their entire network so they can tailor subsequent work programmes and make the most of the resources available.

AIM works by deploying the powerful analytical capability to interpret dynamic relationships and optimise investment for specific operational requirements and performance targets over a given time horizon. It has the capability to:

The scenario builder within AIM enables the user to ask questions in an intuitive manner to assess the trade-off between risk, service and cost. Typical questions might be:

All scenario results can be exported from AIM at asset, or any aggregated level, to give short- and long-term programmes of work, identifying cost-beneficial projects. 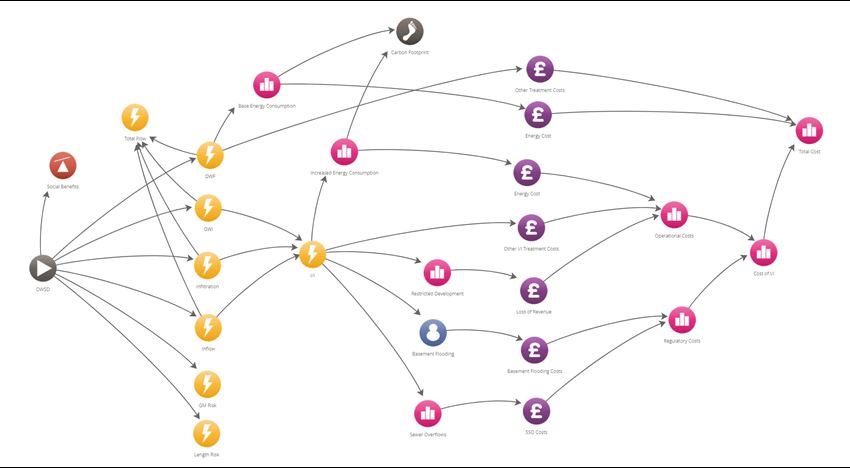 We are working in close partnership with a DWSD team led by systems planning officer Anil Gosine, AECOM’s Detroit project team first integrated AIM into the I&I programme on a trial basis in 2019.

Gibson was already familiar with the technology, having won an in-house AECOM innovation competition, the Global Challenge, in 2019, using the software to identify a way to model I&I using heavy-duty mathematical modelling.

On winning the competition, he was awarded funds to commercialise the idea and worked with DWSD to develop a six-month trial in two Detroit neighbourhoods, Corktown and Midtown.

“Being able to anticipate where a repair is needed makes maintaining assets more effective.”

“Utilising AIM, we created optimised inflow and infiltration models to identify where sewer flooding is most likely to occur across a whole network, targeting areas for further inspection. In the pilot area, we were able to ask if any I&I intervention would be worthwhile? The answer was no,” said Gibson.

“This was a good answer as it showed us that undertaking work in that area would not be good value. Being able to anticipate where a repair or replacement is needed – or not needed - makes maintaining assets more effective, optimising investment and focusing resources precisely where they are required.”

Gaining this insight through the trial saved DWSD US$30 million, and AECOM has calculated that this figure would translate to a US$4 million per annum average saving over the next 20-years.

The Department has asked AECOM to run a second trial using AIM in 2021, which will take place in a larger area and will consider impact of I&I on combined sewer overflow (CSO) spills.