Overcoming a myriad of problems

After years of economic, technical and political challenges, Venice's ambitious Mose flood defence system is set to be operational by 2021 after recent tests. 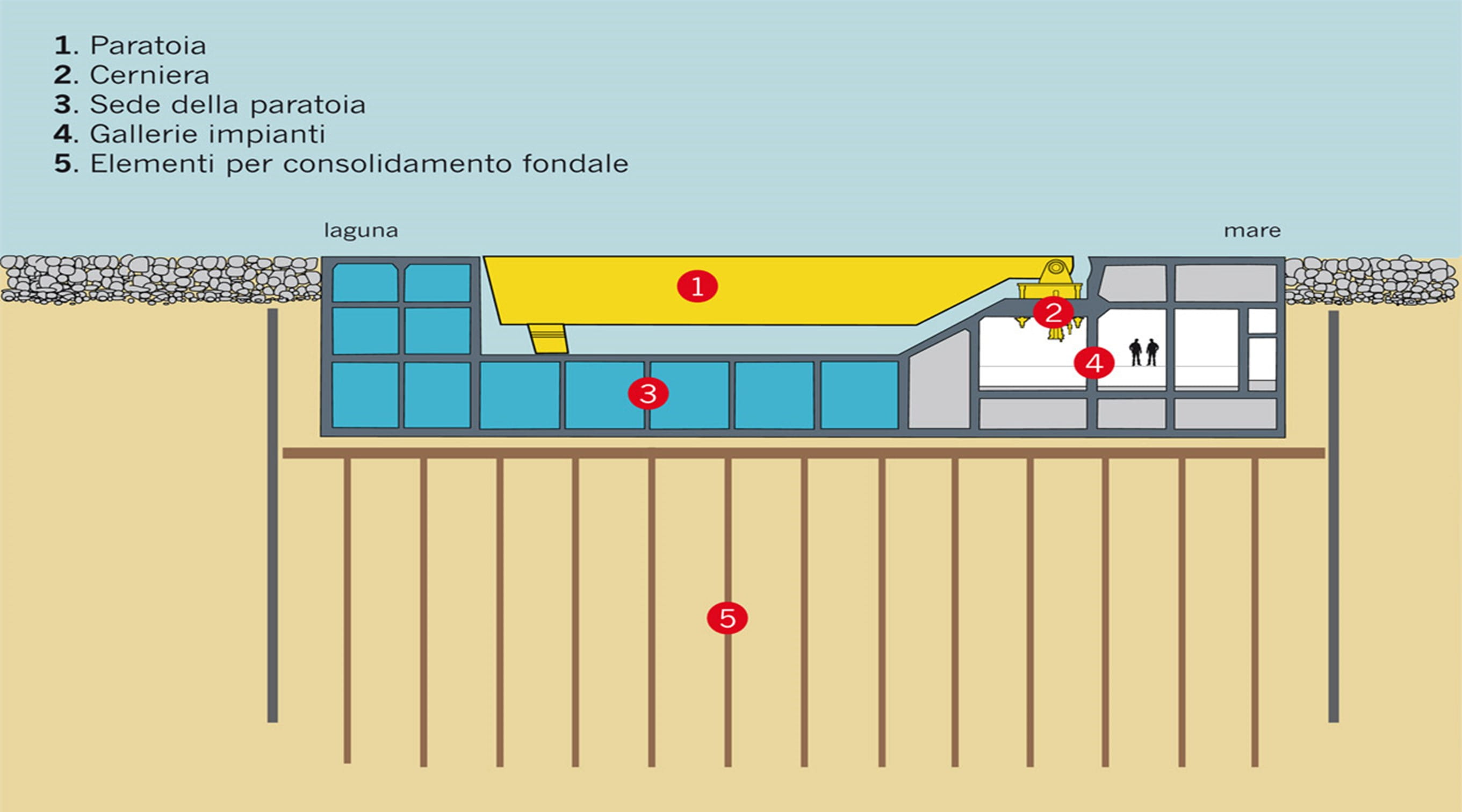 Named after the biblical prophet Moses who parted the Red Sea, the term is also an acronym, in Italian as “Modulo Sperimentale Elettromeccanico” and translated as “Experimental Electromechanical Module”.

The lagoon city is one of the most picturesque yet fragile cities from the threat of climate change, including rising sea levels.

In 1966, Venice faced the worst flooding in its history, with waters rising 194 cm above sea level, almost covering the entire city.

This prompted the Italian government to ask engineers to start designing a sea barrier that eventually resulted in the publicly financed mega infrastructure project.

In November 2019 the Italian city faced its highest water levels in more than 50 years with repeated flooding.

Two thirds of the city were underwater, including the iconic St Mark’s Square, with estimated damages totalling over a billion euros.

At the time Venice Mayor Luigi Brugnaro tweeted that the flooding would leave a “permanent mark”.

How does Mose work?

Construction started on the Mose project in 2003 with completion originally slated for 2011.

With a revised operational date set for next year, the Moses system is designed to protect Venice from tides up to 3 metres in height.

Consisting of 78 bright yellow mobile gates, the Mose system will be positioned at the inlets of Lido, Malamocco and Chioggia to help prevent rising sea levels eventually reaching Venice.

Below you can see more details of how the system will work.

When they are inactive, the floodgates are full of water and lie completely invisible in housings placed in the backdrop.

In the event of high tides, the floodgates would raise simultaneously, with compressed air introduced into the sluices which empty it from the water.

As the water exits the sluice gates, rotating around the axis of the hinges, they rise up to emerge and block the flow of the incoming tide in the lagoon.

Will it be enough?

A UNESCO report entitled 'The future of Venice' said that sea levels in the northern Adriatic could rise by 22 cm by 2100, but some experts have warned this is optimistic.

The report concluded: “With the projections given in this report there should be no doubt that the sea level will eventually rise to a value that will not be sustainable for the lagoon and its historical city.

"Even continuous closures will not be able to protect this city from flooding. The question is not if this will happen, but only when it will happen."

“The planned mobile barriers (MOSE) might be able to avoid flooding for the next few decades, but the sea will eventually rise to a level where even continuous closures will not be able to protect the city from flooding. The question is not if this will happen, but only when it will happen.”

Meanwhile, Reuters reported that “part of the submerged infrastructure has already started to rust” and that it could cost €100 million per year to maintain, which is more than expected.