Mexico City mayor pledges water for all by 2024

Over $7.4 billion could be invested to improve water and environmental services in Mexico City…

River restoration on the cards in major environmental cleanup

Presenting on World Environment Day, the Mayor announced goals for improvements to environmental services, including solid waste management and water.

At the cost of 145 billion pesos (US$7.4 billion) over six years, the CDMX 2019-2024 Environmental Program includes planting 15 million trees across the city, as well as reducing air pollution by 30 percent.

To improve water management, Mayor Sheinbaum set out plans to reduce pressure on a major aquifer in the eastern part of the city by closing 50 wells.

Furthermore, she also set out plans to recover major rivers, including the Magdalena, San Buenaventura and the National Canal.

Mexico Daily News quoted Sheinbaum as saying: “In the last 50 years we’ve dedicated ourselves to building pipes around the water that flows through our city. But now we want to rescue the rivers that are still alive.” 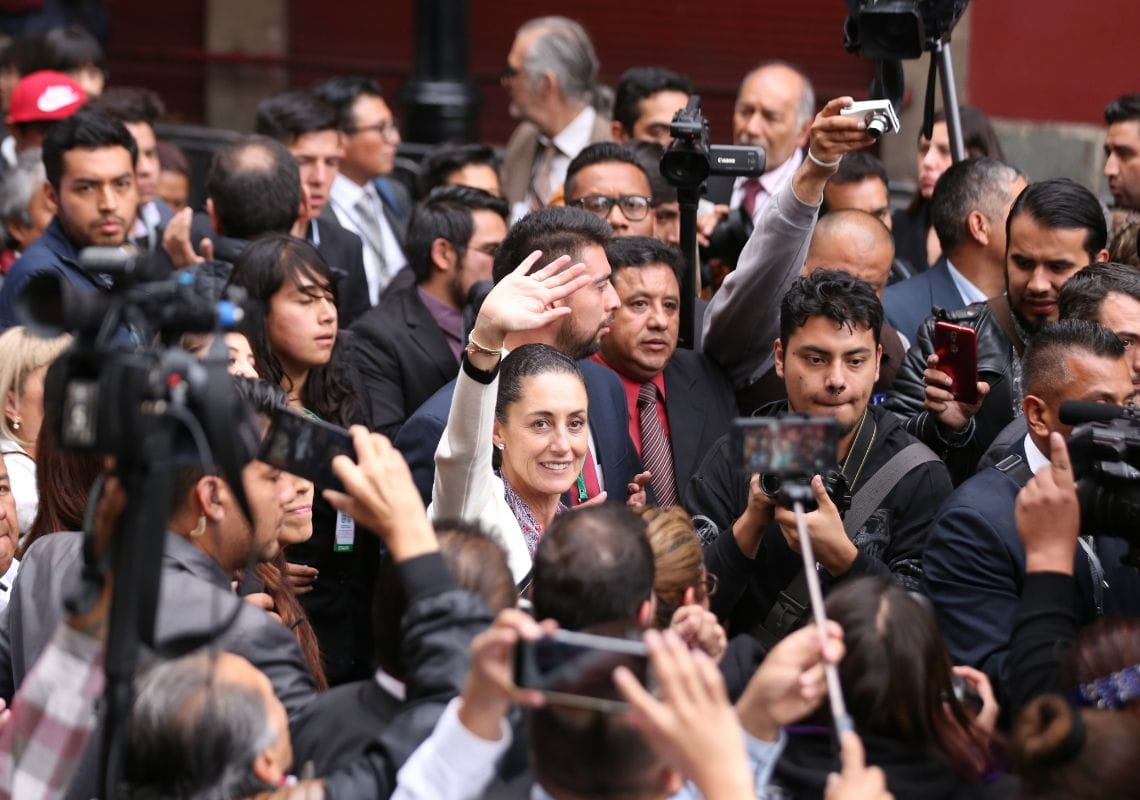 Currently, conservative estimates show that up to 30 percent of residents lack daily access to potable water supplies in Mexico City.

A combination of insufficient long-term planning and the population boom has led to challenges in water management and long-term sustainability practices.

Last year NPR reported that due to land subsidence following groundwater over-abstraction, parts of the city have been sinking as much as 15 inches in the worst affected areas.

This has led to further challenges on the city’s water network, exacerbating pipe breaks and leaks across the city’s 1000km of main pipes and 12,000km secondary network. Estimates suggest as much as 11 cubic metres of water is lost per second in the city.

The topic of water demand outstripping supply in Mexico City and the use of trucks, known as 'pipas', was also recently explored by the Waterlanders TV series.

As part of the wider CDMX resilience strategy, five pillars have been established, with the second focusing on water: ‘Promote Water Resilience as a New Paradigm to Manage Water in the Mexico Basin’.

Within this, four goals have been set out as part of the Comprehensive Management of City Water Resources process, including:

The investment of 145 billion pesos (US$7.4 billion) will be a monumental amount needed to meet the ambitious goals set out by the City Mayor. The responsibility of financing the Resilience Strategy falls to the Resilience Agency, a decentralised agency of the Ministry of the Environment.

However, the 100 Resilient Cities initiative has also provided financial and technical assistance to the country’s resilience efforts.

A mountain to climb for the Mayor

On leave from an engineering professorship at the Autonomous University of Mexico (UNAM), she jointly won the 2007 Nobel Prize as part of the Intergovernmental Panel on Climate Change.

The Berkeley-educated scientist outlined increasing more reliable water supplies in the city as one of her top priorities during her election campaign.

One of the promises was to add a further 7 billion pesos ($370 million approx.) to Mexico City's water department’s annual budget - a 50 percent boost increase over previous years.

“Environmental issues are getting more and more relevant,” she was quoted as saying as part of the World Environment Day speech. “Unfortunately, it’s because of degradation of the environment, which isn’t just happening in our country, but also around the world. A lot of the problems we have here, like air and river pollution, have been overcome in many other cities.”