Solving Earth’s greatest mystery: where did water come from?

A team of researchers from the University of Glasgow have discovered what they believe to be the origins of how water ended up on Earth.

In a paper published in the journal Nature Astronomy, researchers have uncovered 'persuasive' new evidence that the origin of water on our planet can be traced back to space dust particles that have been charged by the Sun.

“Over time, the ‘space weathering’ effect of the hydrogen ions can eject enough oxygen atoms from materials in the rock to create H2O.”

That's right, the Sun, the big red hot thing that we obit is now the number one suspect for water on Earth. But there's more to it than that.

Researchers from the UK, Australia, and America describe how a new analysis of an ancient asteroid proposes that extra-terrestrial dust grains carried water to Earth as the planet formed.

The water in the grains was formed by the effects of solar winds - the process by which charged particles from the Sun altered the chemical composition of the grains and created water molecules.

Solar winds, otherwise known as space weathering, are streams of mostly hydrogen and helium ions that flow constantly from the Sun out into space. 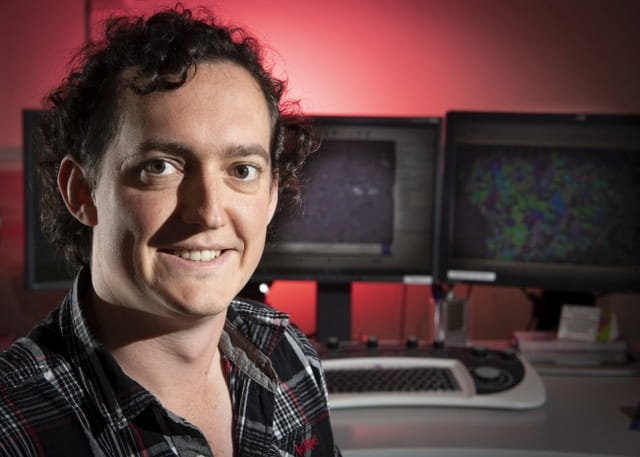 When these hydrogen ions hit an airless surface, such as an asteroid or a dust particle, they are able to penetrate a few tens of nanometres below the surface. Once these ions have penetrated that deep they can affect the chemical composition of the rock.

Speaking on how water becomes present in space dust, Dr Luke Daly, a lecturer at the University of Glasgow’s School of Geographical and Earth Sciences and the paper’s lead author, said: "Over time, the ‘space weathering’ effect of the hydrogen ions can eject enough oxygen atoms from materials in the rock to create H2O – water – trapped within minerals on the asteroid."

Scientists have long questioned just how water came to be on our planet.

It was previously thought that during the period of the formation of our planet, a space rock known as a C-type asteroid brought water to Earth some 4.6 billion years ago.

Since then, smaller C-type asteroids have fallen to earth and tests have been carried out to determine how their composition ratio compared to this theory. Results were not that conclusive as some contained hydrogen that matched and others did not.

This theory, therefore, posed another question: if some of our water came from this C-type asteroid, where did the rest of it come from?

This new theory is the 'rest' of the water.

Using a cutting-edge analytical process called atom probe tomography, the research team was able to examine samples from a different type of space rock known as an S-type asteroid, which orbits closer to the sun than C-types.

“Atom probe tomography lets us take an incredibly detailed look inside the first 50 nanometres or so of the surface of dust grains.”

This process enabled the team to measure the atomic structure of the grains one atom at a time and detect individual water molecules.

Their findings demonstrate that a significant amount of water was produced just below the surface of dust-sized grains as a result of the solar winds.

Prof. Phil Bland, a professor at the School of Earth and Planetary Sciences at Curtin University and co-author of the paper said: “Atom probe tomography lets us take an incredibly detailed look inside the first 50 nanometres or so of the surface of dust grains.

"It allowed us to see that this fragment of space-weathered rim contained enough water that, if we scaled it up, would amount to about 20 litres for every cubic metre of rock."

Why does this matter?

This raises the question of how knowing the origin of Earth’s water translates to actionable insights we can use today?

Firstly, by answering this question we are taking one step closer to understanding how our solar system came to be.

Secondly, the equipment used to examine the S-type asteroid is another example of how advanced technology can help us better understand the water on our planet.

For example, multiple organisations are now involved in using satellite-based data to help inform the industry on deterioration of their assets, such as dams and water resevoirs.

researchers from the University of Stirling recently developed a new remote sensor for analysing the health of water bodies using artificial intelligence (AI) from satellites.

And finally, this new discovery could help future space exploration missions to find sources of water on airless worlds.

So while it would be good to get the planet’s current water concerns under control, it's good to know there is a plan B.