Saur’s acquisition of Nijhuis forms part of its Initiative 2023 strategic project to build, through acquisition, a “reference player” in the industrial water treatment space. Tom Freyberg speaks to CEO Menno Holterman and others to find out more.

It was nine years ago, in 2011, when the Norit team sold their Clean Process Technologies division to Pentair for €715 million.

Fast forward to 2020, and it could be said history is repeating itself.

After buying into Nijhuis Industries in 2012, Menno Holterman steadily built the company up with references in over 130 countries, eventually doubling annual revenues between 2017 and 2019 to €90 million.

This month, the Dutch business was sold to French water technology organisation, Saur, for an undisclosed sum.

The combined operation, including Econvert and Unidro, will be known as Saur Industries and will be led by Holterman as the CEO.

Ronald Ruijtenberg, the current CFO of Nijhuis, will take on the role of CFO of the combined industrial water division.

'Deal of the century'

Following a joint project in Saudi Arabia, the two companies met in February, with due-diligence starting in April and the deal signed in mid-June.

Speaking to Aquatech Online, Menno Holterman said: "This was extremely fast-tracked, and that says something about the level of professionalism and the desire to make it work.”

He added: “I see a seismic change in the business coming to us and we’re just at the beginning. The talk has shifted to the need for clean water, instead of the equipment or technical solutions and the standard contracts are no longer EPCs (engineering, procurement and construction).

“We have been gaining experience on own over the last five years, quite successfully, but we needed a stronger balance sheet and partnership to accelerate in this direction.”

Commenting on his role at the newly established group, the CEO added: "We are heavily reinvesting into this venture - we are not running away. We have agreed that we are staying for at least four years. That also provides clarity to our own internal organisation.”

Maintaining a culture of innovation

Commenting on the need to maintain a “culture of innovation”, especially in a larger corporation following an acquisition, Holterman added: “It’s always a balancing act. The CFO [Ronald Ruijtenberg] and I will be positioned in-between the two companies, taking decisions in the best interest of our industry platform and the Saur group.

“We want to keep the entrepreneurial spirit and maintain that innovative leadership. Within the Saur organisation, there is also a lot of technology and knowledge available.”

The CEO said one area of collaboration will be working on existing Saur municipal projects to help make the plants “state of the art”, as well as “integrating their technologies into our extensive portfolio”.

Holterman’s team will remain responsible for the business development and growth of the industrial activities, also for the R&D, market introduction and launching new products.

He said the organisation will “still have that freedom to use the same methodology and adopt where we can – we are fully aligned.”

Pivoting within the industrial treatment space

It was a series of in-house technology launches, coupled with small acquisitions that enabled the company to bolster and broaden its order book in recent years.

In September 2019 Nijhuis acquired UK company, Deba UK, which specialises in legionella treatment of cooling tower systems, including the repair, refurbishment and replacement of evaporative equipment.

"With these additions, the company pivoted from the meat processing business into food & beverage, oil & gas and most recently, pharmaceutical."

With these additions, the company pivoted from the meat processing business into food & beverage, oil & gas and most recently, pharmaceutical.

The company was planning a €10 million investment to expand its fleet of rental units, according to a recent article by GWI.

Modular solutions, including treatment options packaged together in skids, box frames or in shipping containers, is another core part of the Dutch business.

One month later and it acquired a majority share in Dutch technology company, Econvert. The Water Alliance member specialises in anaerobic biological processes for industrial wastewater treatment and biogas recovery.

Holterman said that Nijhuis was the third acquisition to create Saur Industries but that the company is “in the middle”, with “more expected”. 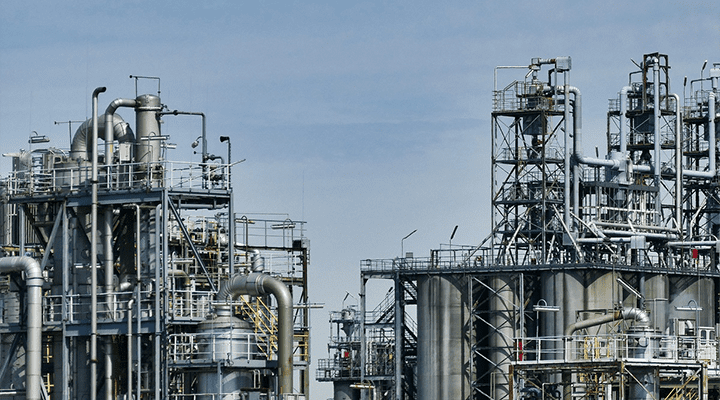 Creating a reference player in the industrial water market

Following the acquisitions, Saur Industries’ total revenue will be in the region of €200 million. The group has the ambition to exceed €300 million by 2022.

Patrick Blethon became executive chairman of Saur in January 2020 to help “accelerate” the execution of the group's Initiative 2023 strategic plan. This includes boosting annual revenue by €700 million to reach €2 billion by 2023.

Paul O’Callaghan, founder and CEO of BlueTech Research, believes the acquisition will catapult Saur's position in the industrial market.

He told Aquatech Online: “Previously, Saur wasn’t a high-profile company in the industrial wastewater space. Nijhuis will help to accelerate them to the forefront, as it is already a reference player in this market.

“Nijhuis’ name comes up as an approved vendor for some of the world’s largest corporations already, including L'Oréal, Pepsico, Heineken, Nestlé and BP."

O’Callaghan said Saur’s new division will be going head-to-head against Suez and Evoqua, who are very strong in industrial water treatment, and Dutch company Paques, if it’s biological treatment.

Commenting on the Nijhuis journey, he said that in the 1990s, the organisation was a solid, respected company providing DAF in the meat, poultry and fish sectors. When “Menno and Ronald” took over the reins in 2012, “everything changed”.

"From the yellow ties that became ubiquitous at trade shows, to the improved product launches and branding, their vision was flawlessly executed."

From the yellow ties that became ubiquitous at trade shows, to the improved product launches and branding, “their vision was flawlessly executed”, said the BlueTech CEO.

He added that the main concern over the years was Nijhuis taking on large, “lumpy” projects, such as the South Port Said Industrial Zone in Egypt – one of the 10 largest industrial wastewater treatment plants in the world.

Commenting on Nijhuis doubling its revenues between 2017-2019, O’Callaghan added: “A number of bonanza projects with revenues that were outliers in terms of the average, coupled with a few tuck-in acquisitions, contributed along with the company’s organic growth, to the doubling in revenue achieved.”

The Nijhuis acquisition is expected to be completed in H2 2020 after customary antitrust clearance.

Keith Hays, VP and managing director of Bluefield Research, said the timing of the acquisition is important due to a predicted downfall in industrial demand.

He told Aquatech Online: “The timing of the deal is very relevant. While Nijhuis may have been in discussions months before, the fact is that industrial water treatment demand has fallen off a cliff.

"Starting in early March when oil prices fell over 20 per cent, the energy industry and others have been hit hard by the pandemic, which is obviously slowing order intake for players like Nijhuis.”

Hays added: “My sense is Nijhuis is probably in good shape for this year, but 2021 may be tougher as the full impact of coronavirus is reflected on customer balance sheets."