A circular economy mindset and focus on “technological advancements” are helping Google with its continued efforts towards water stewardship.

The organisation’s Environmental Report 2020 released in early March documents how the company is reducing its global environmental footprint.

The report covers the US technology giant's sustainability efforts made during the 2019 fiscal year with some notable accomplishments from past 12 months.

Writing about the challenges of climate change, Ruth Porat, Alphabet and Google CFO, said: “We’re in the early innings of this fight. That’s why we’ve committed to building upon this solid foundation with our most audacious set of goals yet.”

Taking centre stage of the report was Google's progress towards operating solely on carbon-free energy, 24/7 by 2030.

By 2022, the organisation said it wants to help one billion people “make more sustainable” choices through its products, for example bike sharing and electric charging stations listed on Google Maps.

The report details the company's water stewardship efforts and follows the certification by the Alliance for Water Stewardship (AWS) in mid-2020.

One of Google's pledges was to reduce its potable water intensity at its Bay Area office by five per cent by the end of 2019.

Water-saving technologies, together with using reclaimed water, helped the company achieve a 6.5 per cent reduction of potable water use, compared to its 2017 baseline. This was equal to 22 million gallons of water.

Google is now turning its attention to its offices located in areas of high-water stress for its next water reduction projects. “Sustainable water management practices” are also being implemented across its data centres. 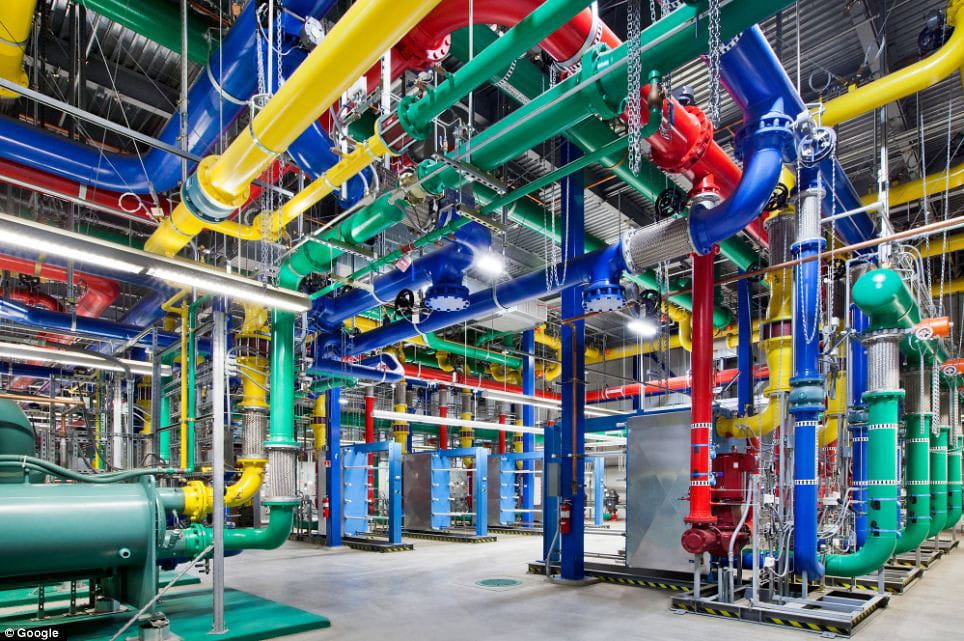 In its Hamina data centre in Finland, Google uses seawater in its cooling system as a way of reducing potable water use. Similarly in Douglas County in Georgia, recycled wastewater is used for this purpose and in Belgium, industrial canal water is being used as an effective alternative.

"We also recirculate water within our system multiple times to get more out of every drop we use," the organisation said.

Another notable development from Google is the technological innovation for surface water tracking.

In collaboration with the United Nations Environment Programme (UNEP) and the European Commission Joint Research Centre, Google launched a platform called the Freshwater Ecosystems Explorer. It allows every country to freely measure and monitor when and where surface water is changing.

The Freshwater Ecosystems Explorer provides statistics for every country’s annual surface water and shows changes from 1984 through 2019 via interactive maps, graphs, and full-data downloads.

“The Freshwater Ecosystems Explorer provides statistics for every country’s annual surface water and shows changes from 1984 through 2019.”

Before, only 80 per cent of approximately 200 UNEP countries were unable to measure national water statistics. Now with the Freshwater Ecosystems Explorer, 160 countries have access to this platform to officially report on the targets set out in the United Nations Sustainable Development Goals (SDG) for clean water and sanitation.

One of the biggest challenges facing the SDGs is the ability for countries to accurately track their water – Google hopes its new tool will help towards achieving these goals.

How much does Google drink?

Finally, the last piece of water data in the report is Google's overall water withdrawal figures.

Porat added: “We are committed to leading the fight against climate change and will keep working to help people, cities and governments make important choices that will result in positive change.”