So, does this mean the problem will be solved soon? Unfortunately, no. Most of the efforts today are making marginal impact at best, while the quantity of plastic production and waste continues to rise.

In fact, banning plastics without a viable alternative, or switching to certain ‘biodegradable’ bioplastics, could be worse for the environment, economy and consumers.

According to estimates, global production of plastics in 2015 was 407 million tons, of which over 150 million tons were discarded to landfills or litter. The bulk of plastic waste comes from single use packaging.

Plastics in water – part of a global puzzle

Scientists have estimated that eight million tons of plastic pollution enters the oceans annually, which is only 3.5 per cent of the total waste. Interestingly, more than half the plastic waste in the oceans is actually discarded fishing nets and other marine sources of litter.

You may have heard that 90 per cent of the plastic pollution entering the oceans emanates from 10 rivers, nine of which are in Asia. In fact, those nine rivers only contribute to 18 per cent of ocean plastic waste, and less than 0.5 per cent of total worldwide plastic waste.

Unfortunately, it has propagated the myth that attempts to regulate plastic waste in the US and Europe are misguided because they contribute marginally to the problem. The reality is that US generates more plastic waste than any other country and only recycles nine per cent of it.

Another misconception is that most of the ocean plastic waste is floating in a massive ‘gyre’ in the Pacific Ocean. The reality is that a tiny fraction of the plastic that has entered the oceans is floating in the gyre; possibly less than one per cent.

Plastic pollution is breaking down into tiny pieces called microplastics that are spreading throughout the planet, entering our water supplies, food chain and our bodies and we do not know what the long-term health impact is on humans or on the biosphere.

One possibility is that it interferes with the photosynthetic ability of phytoplankton in the ocean. They are estimated to produce 50–85 per cent of our planet’s oxygen, the element that keeps us all alive.

Plastic has become ubiquitous in our lives for a good reason. It is a lightweight, versatile, durable, and inexpensive material. It has a lower total environmental footprint than alternatives like wood, glass, metal or anything else.

If we had to replace the world’s plastic production with functionally equivalent materials, that would mean millions of tons of more resources and the carbon footprint associated with it.

The problem we need to tackle is some single-use plastics that are used for a few seconds or minutes, and then littered by consumers to persist in the environment for centuries, including plastic grocery bags, disposable cutlery and bottles.

Most single-use plastics can easily be replaced by reusable, refillable or environmentally friendlier alternatives. However, most consumers prefer affordable single-use products over the inconvenience of reusable items, and that greatly affects how corporations respond to consumer demand.

As an example, Coca-Cola has large manufacturing plants in India that produce returnable glass bottles. But fewer consumers are buying these packages because they are heavy, breakable and require a refundable deposit to take away.

By comparison, the fastest growing package is the single-use plastic bottle, that combines portable convenience with lower cost. This is exactly why the returnable glass bottle stopped selling in the US decades ago.

If Coca-Cola stopped selling plastic bottles and forced consumers to buy returnable glass, they would go out of business because competitors would win over their consumers with plastic bottles. This problem needs a systemic solution beyond just targeting individual companies.

Often the biggest sources of plastic pollution are communities that can afford single-use plastics but whose governments cannot afford to set up good waste management systems. Another challenge is the cost of bringing back to recycling centres small quantities of mixed plastic waste from small villages and remote communities.

The solution lies with corporations, consumers and countries

You will see much material on how educated consumers are making the right choices in greater numbers, but change takes time.

Many corporations hold up a few volunteer activities and donations to NGOs as examples of actions they are taking to solve the problem. Our research has uncovered hundreds of innovations in technologies that can help reduce the plastic waste of companies. Often innovators are small entrepreneurs, who struggle to find investors or markets for their products.

Sadly, most employees in big corporations are unaware of their existence. Platforms like ours are helping bridge that information gap, but a lot more needs to be done by corporations.

Every month more and more countries are announcing regulations, taxes and other measures to rein in plastic pollution. But government interventions should be carefully designed, resorting to bans only as a last resort, and using taxes only to level the playing field for the best market-based solution to emerge.

Governments need to establish baseline metrics of plastic pollution, and accurately measure the ongoing impact of their policies.

There should be periodic reviews by cross-disciplinary committees comprising representatives from industry, government and civil society. There is a dire need for a global organisation to help inform the debate through deep research, data and policy advocacy. The UN Environment Programme and some NGOs are playing this role but need more funding to grow their impact globally.

Reasons to be (more) cheerful

The first step to solving a problem is to acknowledge it. And once the world collectively agrees that a problem needs to be solved, then human ingenuity and market forces can drive transformative change. A case in point is the hole in the Ozone layer.

This was a serious problem 40 years ago. Thanks to all the actions taken, the Ozone layer is on the road to a slow recovery, with expectations that it will return to 1980 levels by 2070.

Given the current momentum, I am confident that 10 years from now there will be a global consensus on how to solve plastic pollution. And by 2050 we will not have “more plastic than fish in the oceans” as predicted by a leading NGO.

Until then, we invite you to join us and other organisations that are building a worldwide community of environmental change makers. 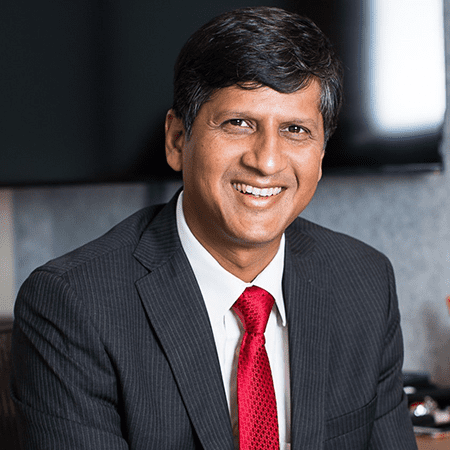