Through its Ibhayi brewery in South Africa, and another initiative called Project Eden involving the construction of artificial wetlands, SAB will develop a commercial scale drip irrigation system.

Wastewater generated from the brewing process will then be used to grow spinach - hence the project's nod to the classic cartoon character created in 1929 - that will then absorb the nutrients from the wastewater, effectively cleaning it

“We were able to double our impact to reduce our internal water consumption, and can now provide a source of food and income to our local community.”

The water can then be reused by the brewery. Another benefit of the system is that water and nutrients required for spinach to grow are all present in the wastewater meaning that zero additional water and fertilizers will be required. 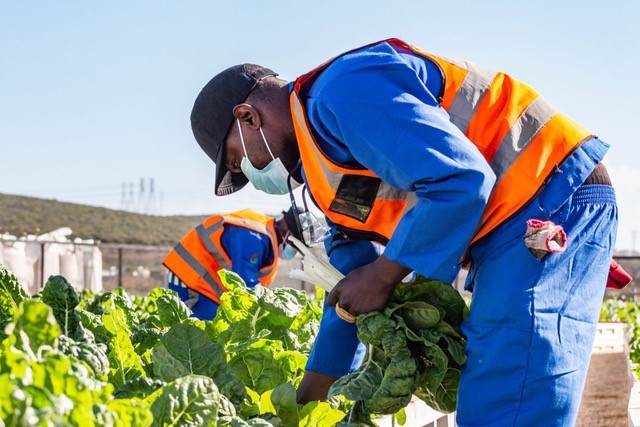 Josh Hammann, director of agricultural development at SAB, said: “Through Project Eden, we were able to double our impact to reduce our internal water consumption, and can now provide a source of food and income to our local community.”

According to SAB, spinach beds use 10 per cent of the water flowing through them, meaning that 90 per cent is still available for reuse.

SAB says that this is the "first fully biological treatment system for a brewery in Africa".

Together with Rhodes University, SAB developed a system whereby recovered water from the brewery's effluent using high rate algal ponding (HRAP) and constructed wetland technology to recover the water - it was able to harness the nutrient potential that was locked in the effluent.

SAB achieved this through several applications including aquaculture, hydroponics and algal biomass production.

This "polishing" of the water has allowed the Ibhayi brewery to recover more water through its water recycling plant, which in turn is helping to improve the site’s overall water efficiency.

The SAB is not the first brewing company to find a new use for its wastewater, five companies have even made beer out of their recycled water.

A project 23 years in the making

While this is a new announcement from the company it is in fact 23 years in the making.

Project Popeye can trace its roots back to 1988 when Rhodes University first pitched the idea to SAB. However, the idea was born ahead of its time until 2008 when Project Eden laid the foundations for Project Popeye to become viable.

“SAB also revealed that in the last six months, it has released 2.5 billion litres of water in rivers and basins as a result of its watershed investments.”

Hammann said Project Popeye "is a platform for the continuation of research and development at Rhodes University, and a source of job creation worth R2 million (US$140,000) of downstream value per year”.

SAB also used the announcement of Project Popeye to reaffirm its commitment that by 2025, 100 per cent of its communities in high-water stress areas will have improved access to clean water.

SAB also revealed that in the last six months, it has replenished 2.5 billion litres of water in rivers and basins as a result of its watershed investments.