A history of desalination in Saudi Arabia

In the sea of information about Covid-19, it can be hard to distinguish between facts and fiction, and between uninformed opinion and scientific hypothesis. Though it is disturbing that expertise is hardly valued in the discussion, it is understandable since the science around the subject is still very young. Desalination and its science, meanwhile, has been around for millennia. It has evolved from a niche application (very early ships used distillation to produce freshwater) to a globally applied process serving people in arid regions with fresh water.

"The first large scale desalination plant in Saudi Arabia was opened in 1908 and served pilgrims visiting the holy cities."

The first large scale desalination plant in Saudi Arabia was opened in 1908 and served pilgrims visiting the holy cities. Since then, Saudi Arabia has continued investment in desalination, fulfilling the needs of a growing population and growing number of visitors, both pilgrims and tourists.

According to the Saudi Water Partnership Company seven-year statement, expected urban water demand in 2025 is 14.6 million m3/day. This means the desalination capacity will double in five years.

Despite the continued developments in Saudi Arabia, where I’m based, I continually read and hear statements about desalination which have become engrained in the wider, public perception of desalination. Many of these are myths and are simply not true. So here is my attempt to go ahead and ‘bust’ these myths.

One of the most persistent myths about desalination is that it is ‘exorbitantly expensive’. In reality, however, the recently awarded contracts in the Middle-East show a steep decline in price per cubic meter.

Removing herbicides, pesticides and residual pharmaceuticals, as well as providing sufficient disinfection, comes at a price.

One of the main drivers is the increase in the electricity tariff in these projects. Saudi Vision 2030 states the intention to divert the subsidies for electricity and water to those who need it.

This made energy the main cost factor. As a result, new designs were focused on energy efficiency. The newest plants are designed for less than 3.5 kWh/m3, with Taweelah (UAE) as low as 3 kWh/m3. The race for the lowest possible energy consumption is ongoing.

Reducing energy consumption brought PV solar power in the picture as well. In particular, in the GCC region, this will have a big impact on a greener future for desalination.

The new Dubai SWRO plant will be running on PV, and more plants will follow, reducing both environmental impact and costs.

The third myth is that desalination produces ‘toxic’ brine. Unfortunately, there are many toxic brines dumped in seas and rivers. However, these brines are not desalination brines.

Desalination brine is not hypersaline either: the recovery of a desalination plant in the GCC region is about 40 per cent, meaning the salinity of the brine is around 1.66 times that of the seawater.

Furthermore, brine outfalls are designed to disperse the brine to maximise mixing with the seawater, minimising local impact. In the most recent plants, chemical consumption has been drastically reduced, leading to both less environmental impact and lower operational costs.

In Saudi Arabia, both NEOM and the Saline Water Conversion Company (SWCC) haven taken up the challenge of making brine mining technically and economically feasible.

Seawater contains valuable salts and metals that could be extracted from the desalination brine. In theory, water would become a free by-product of highly profitable brine mining. Obviously, there are a few challenges on the way, but when feasible brine mining will put an end to this particular desalination myths.

Myth 4: “Desalination is just for desert countries, funded by oil”

The final myth is that ‘desalination is only for oil-rich Middle Eastern countries’. While desalination has historically provided critical supplies in countries lacking natural water resources, it has grown way beyond the Middle East.

There are now 17,000 desalination plants worldwide meeting the daily water needs for more than 300 million people.

Countries including China, Singapore, Spain, Brazil and even the UK have desalination capacity. For the latter, the brackish water desalination plant augmented water supplies during the 2012 Olympic Games, in which London’s population boomed and increased water demand.

It’s estimated that by 2050, water scarcity could affect the lives of five billion people. That’s right – five billion. Freshwater can be poorly distributed and limited in supply.

Desalination should be seen as a valuable tool in the sustainable water solutions toolkit to ensure communities have access to water for generations to come.

Which other desalination myths have you heard that need busting? 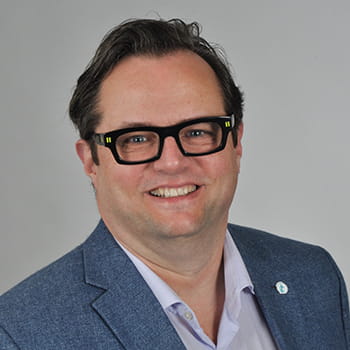