When we consider the idea of partnerships in the world of sport, we instantly think of the massive multi-million-dollar kit deals in football or giant soft drink companies buying the rights to be the main sponsor of international tournaments.

From Coca-cola, Pepsi Co., Audi, Chevrolet, Volkswagen to Ethihad Airways, Emirates, Samsung and Virgin Mobile, the list goes on, and on. But despite these massive corporations working in different industries, they all share one thing - they sell consumer products to the masses.

It makes perfect sense then for Chevrolet to pay football club Manchester United millions of dollars a year to have its logo printed on every player's shirt and every shirt it sells.

So why then, are water technology companies that assist in providing a largely unappreciated water service, starting to partner with high profile sports teams?

The company that was founded in 2004, provides industries with purified water and also designs, builds and operates systems to reuse rainwater, surface water and wastewater.

Deceuninck-QuickStep, otherwise known as the Wolfpack, launched the #ItStartsWithUs environmental campaign back in 2020 after announcing its intention to become carbon neutral, to recycle and reduce its plastic use.

Since then, the cycling team has been looking for a water treatment company to help them achieve these ambitions.

“We both want to grow internationally and be the leading example; without water, the riders can't win.”

Pieter Loose, CEO of Ekopak, said in a press release, “constant access to water is key in many industries. What binds The Wolfpack and Ekopak is our clear way of working: sustainable, international and performance-oriented."

Deceuninck-QuickStep team CEO Patrick Lefevere said in a statement, "We both want to grow internationally and be the leading example; without water, the riders can't win.

"It's an essential product that we constantly use. Quality by using recycling technologies is the future and we are happy to also take the next step in this direction.”

With many sporting teams then starting to take their water use seriously, it has opened a door for water technology companies to step onto a bigger consumer stage.

So what other water technology firms have turned to sporting partnerships? 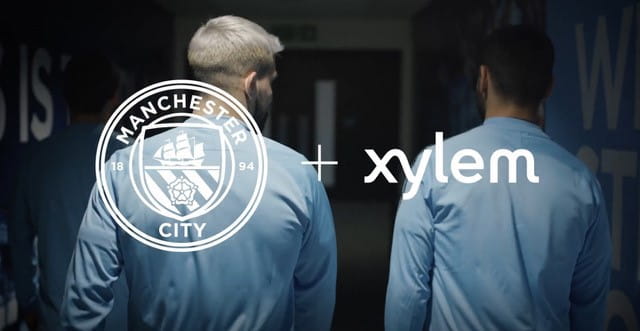 Xylem is helping Manchester City with its Cityzens Giving campaign – where the two have worked with delivering safe water projects in Bangalore and Cape Coast.

“Under the City Football group banner, Xylem and Manchester City are working together to raise awareness of global water issues as well as water challenges in the local community.”

Likewise, Manchester City is helping Xylem with its Watermark Foundation, by using its large fanbase to prompt Xylem’s water mission to provide and protect safe water resources for communities in need around the world and to educate people about water issues.

Under the City Football group banner, Xylem and Manchester City are working together to raise awareness of global water issues as well as water challenges in the local community. 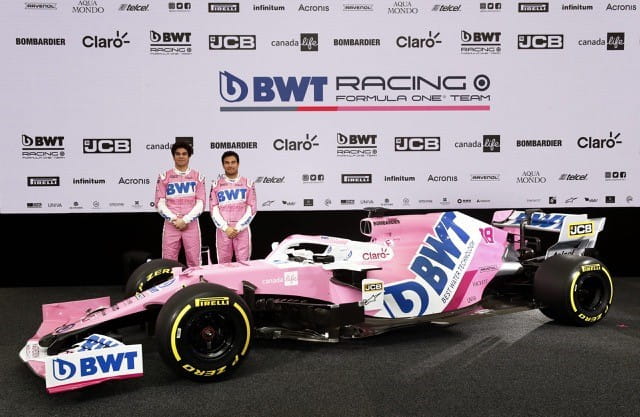 Entering the world of racing, Best Water Technology Group (BWT), partnered with one of the Aston Martin & Racing Point Formula One Team in 2021.

“So far in 13 Grand Prix, BWT has built 10 wells as part of this partnership.

Part of the AQUA Pearls For You and Planet Blue foundation, the partnership is helping to construct wells in Gambia and Tanzania.

Every time Sebastian Vettel or Lance Stroll achieve a top ten finish in a Grand Prix, BWT has pledged to build a well to provide local people with drinking water.

So far in 13 Grand Prix, BWT has built 10 wells as part of this partnership. 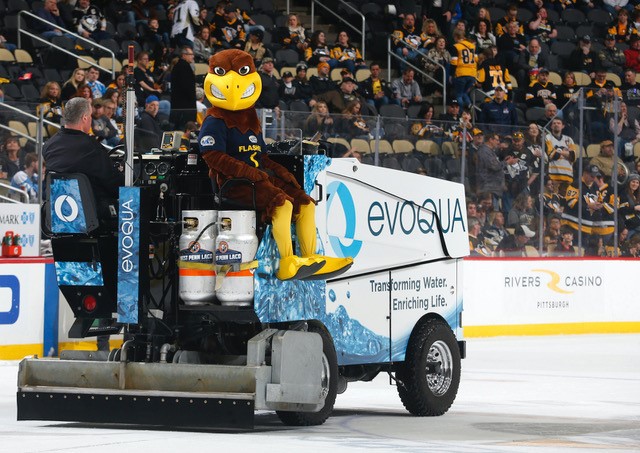 One of the first to enter the realm of sporting partnerships, in 2019, Evoqua partnered with the American ice hockey team the Pittsburgh Penguins.

The water treatment solutions provider worked with the NHL team (National Hockey League) on a joint community programme, A Great Day for Our Ice.

Its aim was to build a stronger connection with youth hockey associations across the greater Pittsburgh area and help people understand the important role water plays in all aspects of daily life.

Evoqua provided vials for local youth hockey associations to collect ice shavings from their home rinks. Once collected, the ice was then melted in order to be filtered and treated using Evoqua systems.

The treated water was then transferred to an official Evoqua Zamboni and smoothed into PPG Paints ice surface.