Turning up the music is not just only a way to annoy your neighbours, it now is being tested to see how effective it is at removing microplastics from water.

Dr. Dhany Arifianto from the Institut Teknologi Sepuluh Nopember in Surabaya, Indonesia, has created a prototype that uses acoustic waves to remove microplastics.

The solution works by placing two speakers that create acoustic waves towards a contaminated water stream. This creates a force that can separate the microplastics from the water by creating pressure on the tube of inflowing water.

“We believe further development is necessary to improve the cleaning rate, the efficiency, and particularly the safety of marine life.”

The tube then splits into three separate channels and the microplastics are forced by the acoustic waves towards the middle channels, allowing the now cleaned water to flow out of the other two outer channels.

After being tested with three different types of microplastic, the results showed it was able to clean 150 litres per hour of polluted water.

Acoustic frequency, speaker-to-pipe distance, and density of the water all were found to be contributing factors to the amount of force generated and therefore the efficiency of which the microplastics were removed.

While the technology is showing signs of promise, the current potential risk could be the damage the acoustic waves could have on the impact marine life if the wave frequency is in the range.

"We believe further development is necessary to improve the cleaning rate, the efficiency, and particularly the safety of marine life," said Arifianto.

Recently, the World Health Organisation called for further research on how to treat and measure microplastics.

So while there might be a way to go with this musical microplastic removal process, Aquatech Online looked into other novel ways currently being tested. 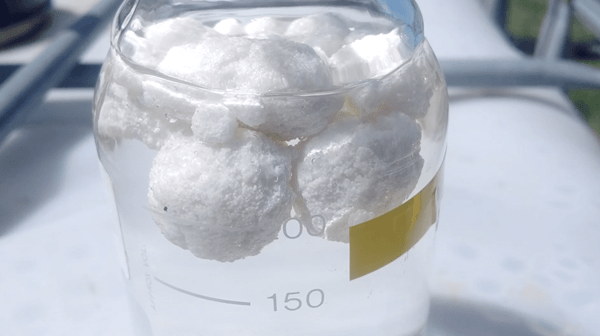 No this is not the kind of popcorn you might find at your local cinema. German non-profit start-up Water 3.0 has developed hybrid silica gels that use a physicochemical process to bind microplastic particles to their surface.

By forming fluffy agglomerates that look like popcorn, the hybrid silica gel acts as an adhesive on the plastic particles.

This microplastic popcorn floats on the surface of the water and can be easily fished off with a sieve or vacuumed from the surface. The longer the silica spends in the water, the larger the popcorn becomes.

Water 3.0 researchers say they have the ability to tailor the formulations for the hybrid silica gels for the respective wastewater, meaning they can directly target microplastics. In a UK marina located at the Plymouth Marine Laboratory, a group of mussels are hard at work removing microplastics.

Working as a water filter, mussels can suck bacteria, algae, and other items from their surroundings, including microplastics, out of the water and into their gills.

“The mussels filtered out more than 250,000 microplastics per hour..”

The mussels allow the clean water to then flow through, leaving behind a small microplastics package that can be removed from the water.

Researchers discovered that the mussels are able to filter up to 15 gallons of water a day.

At the Plymouth Marine Laboratory, the research team has set up a field of around 5kg of Mussels (around 300) in a flow tank that mimics currents, along with phytoplankton for food and microplastics to test their effectiveness.

Surprisingly, the mussels filtered out more than 250,000 microplastics per hour, equating to mussels being able to filter up to 25 per cent of the microplastics in the water. 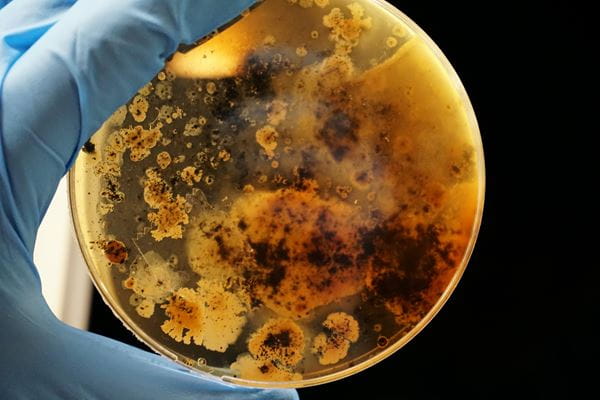 Yan Liu, researcher from the Hong Kong Polytechnic University is working on a solution that involves bacterial biofilms created by micro-organisms to trap microplastic particles.

Once these biofilms have gathered microplastics it causes them to aggregate together, eventually leading them to sink. This makes it easy to collect the biofilms once they have reached maximum capacity.

The biofilm is then collected, processed and dispersed, releasing the microplastic particles for processing and recycling.

It is hoped the solution could eventually be used in wastewater treatment plants to prevent microplastics escaping into the environment.