A mobile water recycling lab is being used convince people that water recycling is a viable solution to the current drought conditions in Colorado and the wider American West.

A viable solution to drought

How do you convince the public on the merits of water recycling, especially direct potable reuse (DPR)?

Colorado has turned to a travelling, mobile water recycling lab to convince people that water recycling is a viable solution to the current drought conditions in the American West.

Called PureWater, the mobile unit was created by a team of researchers at the Colorado School of Mines, led by Tzahi Cath, professor of civil and environmental engineering.

The designed lab demonstrates how wastewater can be treated to high-quality drinking water. Simply put: dirty water in one end; clean water out the other in a physical demonstration that people can taste, quite literally.

A PR campaign on wheels

As reported by The Lake Lake Tribune, there was some scepticism at first from people to drink the water but many others understood the importance of the innovation.

The 35-foot trailer, branded by the Tribune as a “public relations campaign on wheels”, includes six steps of filtration and purification, including ozone, carbon filters, chlorine and ultraviolet (UV) treatments. 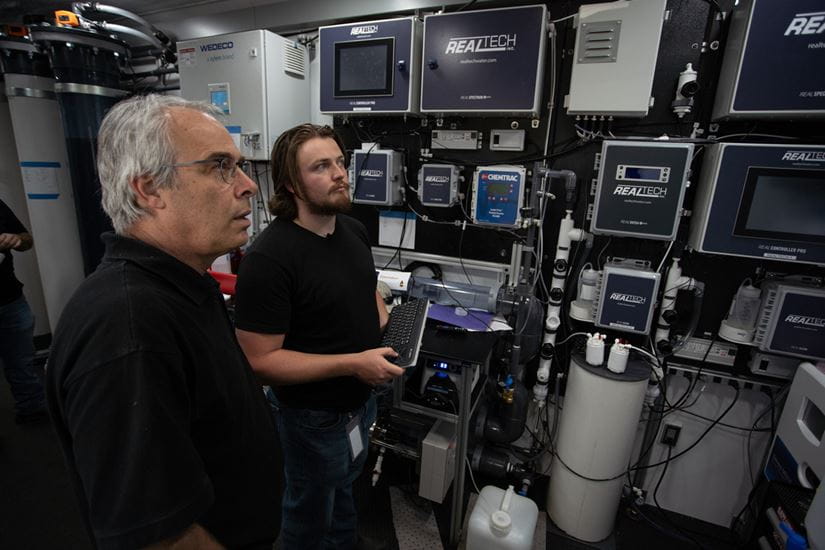 Interestingly, it does not include reverse osmosis (RO) membranes.

“Most DPR systems use reverse osmosis as one of the main barriers to stop small contaminants,” said Professor Cath. Speaking on The Conveyor podcast, he said: “Our system doesn’t have reverse osmosis system. It’s a non-desalination, non-reverse osmosis direct potable reuse, which is very unique.”

Data on temperature, flows, pressure and concentration of ammonium nitrate are measured and collected in real-time. Below is a video of Professor Cath explaining the concept of DPR:

To help build the lab, the School of Mines applied to the Colorado Water Conservation Board for funding, securing $350,000 to design and build the system. Collaborators included the Colorado Springs Utilities.

Let’s reuse it again and again

The development coincides with the $715 billion INVEST in America Act that could drive investment in new water reuse projects across the US.

“If we don’t have the infrastructure in place, we’ll be in trouble…Let’s reuse it again and again by treating the water to very high quality.”

Speaking on podcast about wider drivers, Professor Cath emphasised how important water recycling will be to inland states without access to natural water sources.

“If we won’t have the infrastructure in place, we’ll be in trouble,” he said. “We’re an inland state. We are not on the shore. We don’t have like Texas and Florida and California. We cannot tap the ocean to get water. And so where do we get water? Either it’s natural water that come from the sky, it’s groundwater and that’s it. So one of the option is here, we have water. Let’s reuse it again and again by treating the water to very high quality.”