Would you like soya or normal milk in your coffee? Fancy a breadstick? These are questions that you wouldn’t hear from most CEOs; but then Yousef Yousef from LG Sonic is not your conventional CEO.

“You have to offer good coffee and good food if you want to keep good staff,” he says, leading me to his office.

The Syrian-born businessman is on a journey to create a global empire from the Netherlands tackling the problem of algae, or rather, “algae management”.

Welcoming me to his office in Zoetermeer south of Amsterdam, the immaculately dressed Yousef has a warm, open and friendly demeanour but don’t let that deceive you from his tough business credentials or success.

His company now has 10,000 installations in 52 countries achieved over a 10-year period and is growing. So why algae?

“For me personally, it could have been algae, air or it could be aeroplanes…it was just a coincidence that I was thrust into the world of algae,” he says.

Stuck to one wall of Yousef’s office are several post-it notes, with words ranging from ‘united’, to ‘trust’, ‘positive attitude’ and ‘passion’. On another wall, hanging above the CEO’s boardroom table is a picture of his father.

To understand why he’s building a team based on these “DNA values” and why family is so important to him, we need to go back in time.

He was two when his father, also an entrepreneur and self-made man, passed away. His mother, 27, was left with three young children as a Christian in Syria. “It was quite a tough job for her to raise us,” he recalls.

At the age of 12 Yousef’s family travelled from Syria to the Netherlands as refugees. “When we were teenagers, we blamed our mother for about three years. We used to ask her: “Where is all the money my father left?””

While Yousef built LG Sonic, his brother and sister went onto create Yousef Law firm. To this day, the holding company is called Amalia, named after his mother who went on to be another big inspiration in his life.

“My mother told us we needed to study at university,” he says. “That was very important and also the last wish of my father – to finish university, because he never went. He always felt like education was important.”

How does algae come into the story?

It began in the period between 2003 to 2007 when Yousef was an intern at a company called Consultimex, while studying law the University of Leiden. After receiving his Dutch residency in 2007, he was offered a job in the company which at the time was “selling ultrasound for everything: swimming pools, irrigation…if there is water and sun, then we would have sold the product”.

After three years in a heavily competitive market, the company went nearly bankrupt with the owner admitting she wanted out.

“So we asked ourselves a different question: Who will value our product the most?” explains Yousef. “And it was the people which value the water the most. That was the drinking water company. They sell water.”

“And then we asked a different question. What do they need? What is the need of our customers? We literally put the customer in the middle of a circle, and I remember it on the white board. We said, "Okay, what are they doing?" And we started reading about it because nobody was dealing with the drinking water company at that time, nobody.”

After deciding to focus on water utility scale applications, the team came up with the concept of the MPC Buoy – a solar powered, floating ultrasound device that could also monitor water quality.

In order to live, grow and thrive, algae sinks to the bottom of water to consume nutrients and then floats to the surface to absorb sunlight. By emitting ultrasound waves to target the algae, the idea was for the buoys to “push” the algae to the bottom, so it can’t come up for sunlight and eventually dies. 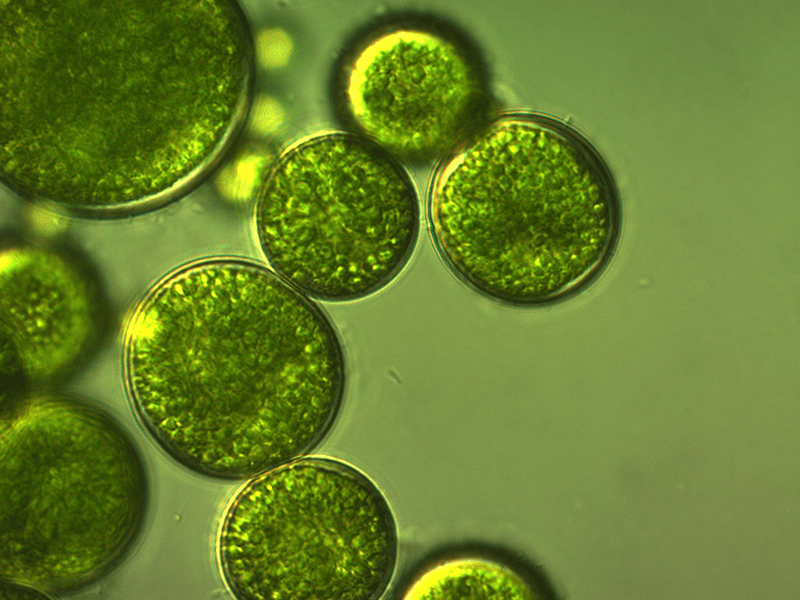 Yousef recalls every small decision had to be weighed up carefully, even buying a company laptop. In order to ensure LG Sonic remained focused, he even turned down orders of €2,000 for swimming pool systems, despite needing the money.

The hard work and stress paid off: four months later and the company had secured one million euros in EU funding to kickstart the building of its prototype and applied research to build the necessary algorithm for algae control.

“That was the most beautiful day in LG Sonic’s history – it was crazy hard working to get to that point. From that moment, we went into development.”

After prototyping in Poland, the first company to test the buoys was US water utility American Water, offering only 50 percent of the cost and then the remaining money if the system proved to be successful.

“We were the only ones who provided them with a problem-solving approach, not a technology approach; we really told them we are going to solve the algae problem.”

After one year of operation, American Water deemed the technology successful: algae had been reduced by 100 percent with an overall total chemical reduction of 18 percent.

Fast forward several years and the company has now installed over 300 of the MPC Buoys and has over 10,000 product installations, including its industrial offering.

Yousef is very keen to point out that growth of his firm is not down to individual efforts. Current chief technology officer and microbiologist, Lisa Brand, has been on the journey with him from day one.

Meanwhile, chief operating officer Rick Kaper was the first person hired by Yousef in 2005 and Saleem Adam has been the “production and quality guy” who Yousef describes as “very passionate about every screw in every unit”.

Another development for LG Sonic is using data, or rather Big Data in order to predict algal blooms.

Historically, the MPC buoys have been able to measure data such as pH levels, algae types and oxygen. The plan is to combine this with phosphate intake data, data from the European Space Agency (ESA) and then predict algae behaviour.

“We call ourselves the CIA of water because nobody knows algae like we do,” he explains. “We are experimenting with the model. We are building algorithms and prediction models using artificial intelligence (AI). It's very deep but we are using AI and deep learning to make our models stronger.”

In 2014, a European Union-backed consortium started work on a 30-month DRONIC project to develop an Unmanned Surface Vehicle (USV) to autonomously detect and dispose of harmful algae. Think drones that could independently target algae hot spots. LG Sonic was one of the partners involved. So what happened?

This wasn’t rolled out commercially with the company citing the high cost of military graded drones from a French partner. Yet, the businessman is keen not to let the idea sink to the bottom of the water like the algae treated by his buoys.

Instead, one of the future developments is looking at attaching a team of ‘drones’ to each MPC buoy. Like a team of loyal servants, they can then extend the 500m reach of the central buoy’s ultrasonic treatment which acts like a centralised hub. With a working name of “the floating hub”, the prototype model resembles a high-tech octopus, with the drones connected to the end of the tentacles.

The CEO has strong ambitions for this project although it is still in its concept stage. The current ultrasound “reach” of one of the MPC buoys is around 500m. In simple math, if you have a 2000m lagoon, you would effectively need four buoys to cover the area.

However, this new approach could effectively extend the “reach” of the centralised hub, meaning you would need less units.

Realising such growth, it raises the question of how well protected, from an IP perspective, is LG Sonic? According to the CEO, “we don’t have any competitors”.

His answer lies in the ability to truly understand algae, using music as an analogy.

Yousef claims the secret is in the ability to adapt to the ever-changing algae: effectively becoming the ultrasound, or music maestro, and playing the exact jukebox track that you know will make each individual in the room, or algae, dance.

“Algae becomes resistant to the CD, and that’s killing all of the competition. Last year my biggest competitor, who was once considered the ‘God of Ultrasound’, asked if I would like to buy his company. He surrendered.”

Showing me around his office, which is only temporary until a new site in Zoetermeer is opened, Yousef high fives one of the warehouse workers, wishing him a happy birthday. It seems very natural, not forced with banter being exchanged between the two. “I employ former Syrian refugees in the warehouse,” he says.

Often, successful entrepreneurs come from a tough upbringing and the fear of returning to poverty and hardship drives their success well into adulthood and retirement. This is the case for Yousef but he doesn’t want people’s sympathy, or to even play this card. Testament to this is the fact it took the majority of the interview to prise his Syrian history and journey out of him.

Even as we leave, Yousef’s continued hospitality never falters, offering a variety of breadsticks and tomatoes. I even consider asking for a soya-milked based coffee.

Just like a music maestro, Yousef is a man that is ridding the world of algae, a known menace in the water industry, one song and dance at a time. He’s bringing together the relevant tools, people and knowhow and reducing chemical usage along the way. And that can’t be a bad thing.