Lila Thomspon: Now is the time to create healthier rivers

A legacy of Victorian sewer systems

We welcome a UK parliamentary bid to improve river quality by reducing combined sewer overflow (CSO) releases. It is gaining strong support from many different quarters.

A legacy of our Victorian sewer systems, which were revolutionary in their day, CSOs are still needed to prevent flooding when volumes exceed capacity during storms.

While some of the infrastructure remains, priorities for environmental stewardship and public health have changed over the last 150 years. This is certainly true for discharges of untreated rainwater runoff combined with domestic sewage and industrial wastewater - into rivers and seas, requiring much better management.

Philip Dunne MP, chair of the environmental audit committee, seeks a private member’s bill that places a duty on water companies in England to ensure that wastewater is not discharged into rivers and other inland waters.

“While it is disappointing that the bill has been delayed, encouragingly it has support from more than 100 cross-party MPs.”

While it is disappointing that the bill has been delayed, encouragingly it has support from more than 100 cross-party MPs, as well as charities and NGOs.

British Water welcomed Dunne as a guest speaker at our ‘Better Together’ industry briefing in November 2020. Outlining details of the bill, he said he had been “hugely encouraged” by the support he had received from water companies, which will be required to progressively reduce their reliance on CSOs.

This reflects my conversations with utility leaders, who confirm a strong desire to reduce pollution, improve river quality and biodiversity and protect wildlife.

The risk CSOs pose to surface waters is becoming less acceptable to an increasingly engaged public, with activism around the water environment becoming more mainstream.

High profile activists discuss the issue in the national media, giving a bigger voice to grassroots campaigners and reinforcing long-standing messaging from organisations such as Surfers Against Sewage, The Rivers Trust, RSPB and Wildlife Trusts – which all support the new bill.

“A rise in popularity in open water swimming has strengthened communities’ connections with their local water environment.”

A rise in popularity in open water swimming has strengthened communities’ connections with their local water environment. There has been a drive, in some regions, to give rivers bathing water status.

Despite major investment in sewer networks and wastewater treatment, the Environment Agency’s 2019 environmental report made it clear that performance was unacceptable across the sector.

There have long been regulatory and financial barriers to meaningful progression around the use of CSOs and make no mistake - the challenge is huge and the solutions complex. Some, such as separation of surface and foul water systems, will take decades and require major investment.

Innovation as a new hope

Dunne’s bill sets out a series of measures that could be taken and the multilateral support currently on display offers new hope.

The development of nature-based solutions to absorb rainwater, increased use of sustainable drainage systems (SuDS) and improved monitoring and real-time reporting of river quality - already in place along many coastlines - should be achievable in the shorter term.

Suppliers have many solutions ready-to-go and are continually innovating to expand capabilities. The launch of Ofwat’s £200 million innovation fund – its Innovation in Water Challenge officially opened on 18 January 2021 – should encourage further progress.

Other measures in the bill, such as increased efforts to prevent wipes and fat being disposed of down the drains, are already a priority for utilities. The Grease Contractors Association, which British Water administers, has highlighted the need to widen the educational programmes' scope to ensure messages reach all corners of society.

The current spotlight on CSOs provides the sector with the opportunity to engage further with customers and tell the important story of water and wastewater.

“A customer base that is more informed about CSOs and the wider network can only help utilities when it comes to willingness to pay.”

A customer base that is more informed about CSOs and the wider network can only help utilities when it comes to willingness to pay and the allocation of capital funds.

Now is time for a collective drive to create healthier rivers that can be enjoyed by future generations. 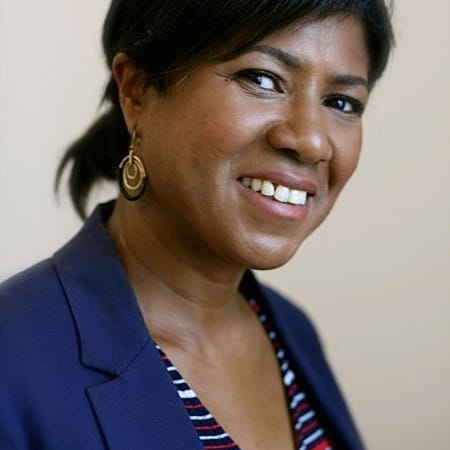