Researchers from Rice University in the US have found a way to boost solar desalination efficiency by 50 per cent.

Widespread, direct solar-powered desalination may still be in its infancy yet researchers in American claim to have found a way to increase the efficiency by 50 per cent.

Called 'nanophotonics-enabled solar membrane distillation’, or NESMD for short, the process has the potential to be used in applications in remote areas lacking access to electricity, according to the university.

Researchers from the Laboratory for Nanophotonics (LANP) claim this method can inexpensively redistribute the power while increasing the rate of purified water production.

“The big difference here is that we’re using the same among of light,” said Pratiksha Dongare, a graduate student in applied physics at Rice's Brown School of Engineering.

The International Desalination Association’s (IDA) Global Clean Water Desalination Alliance has set the wider goal for 20 per cent of new plants to be powered by renewables between 2020-2025.

To date, there have been several small trials that combine seawater desalination and concentrated solar power.

The challenge has been to scale these minor operations up in an environment where a large-scale solar-powered desalination plant can run 24 hours per day.

Decentralised solar desalination is being seen as one way for Greece to provide a reliable source of water for its 600 islands, scattered in the Aegean and Ionian seas.

Battery storage is being viewed as critical to help run desalination plants throughout the night when the "sun isn't shining", but high costs have prevented mass roll out. 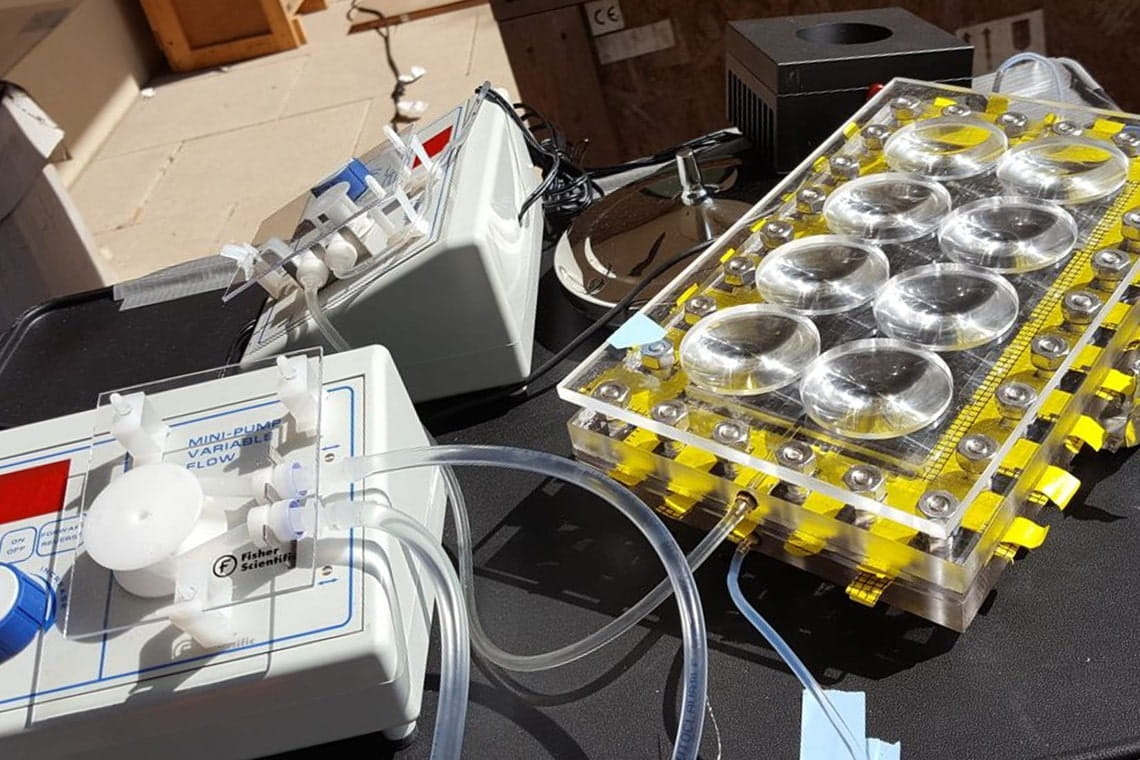 One notable large-scale development is a Metito-led project to build a seawater desalination plant powered by solar energy in Saudi Arabia.

To be built in the King Abdullah Economic City (KAEC), the 30,000 m3/day is relatively small in the grand desalination landscape yet enormous in the solar-desalination development timeline..

Costing US$58.7 million, the project is slated to start in the first quarter of 2020 and will eventually be expandable to 60,000 m3/day capacity.

Solar power will be used to feed into the major desalination equipment, with a grid connection used for backup power.