Going behind the sewer scenes

Well, now you can find out as two UK television documentaries are taking people behind the scenes to see wastewater operatives at two major water utilities.

The first documentary, called Sewermen follows the trials and triumphs of United Utilities men and women whose job it is to keep the taps flowing and loos flushing across the North West of England.

A small number of the company’s 5000 employees were featured in the television programme that unearthed what it takes to keep almost 120,000 kilometres of pipes running.

The utility referred to the featured employees as its sewer superheroes. This included Charlene Huxley, water quality officer, who said: “I have a 15-year-old daughter and I wanted to show her that if you put your mind to it, you can do anything.”

Below you can watch a trailer for the eight-part TV series that featured on channel 5Spike:

Before the documentary aired, United Utilities made the headlines after signing an eight-year agreement to operate an automated part of its network using Artificial Intelligence (AI).

Incase one behind the scenes documentary wasn’t enough, and a second two-part TV programme also called ‘Sewer Men’ with a variation on the spelling has also been shown on UK channel, ITV.

This documentary instead follows water utility Severn Trent workers as they unblock toilets and drains, fix leaks and bursts and welcome visitors to the company’s reservoirs.

Filmed during the heatwave of 2018, the programme “lifts the lid on what it takes to keep the UK’s water and waste pipes flowing”.

The utility hopes that the programme will encourage customers to be smarter about water usage, as well as a better understanding of what can and cannot be flushed down the toilet.

With the UK market previously facing multiple accounts of fatbergs clogging sewers after people continue to flush fats, oils and grease (FOG), not to mention wipes, down the drains, this last point is very timely.

“Sometimes, it does turn your stomach a little bit. It’s the fat that’s the worst, rather than the pony,” said Mark Davies, site engineering for Lanes Group. “Pony – yeah, that’s another word for the poo. It’s just a nice word in front of the customers, not all of them like us calling it poo and other choice words, if you get me.” 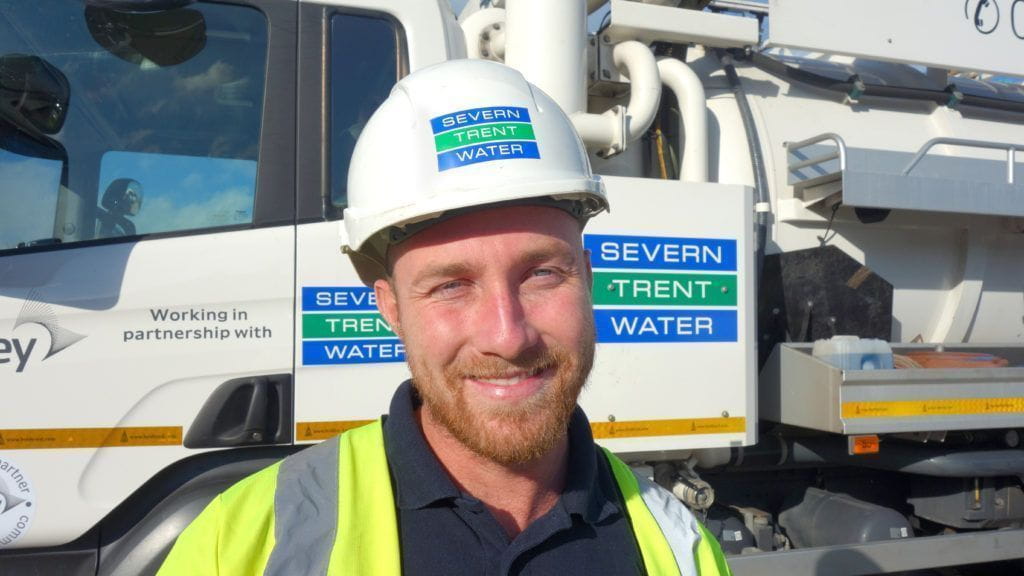 In the first episode of Sewer Men, Davies can be seen delving into some of Birmingham’s most congested pipes, including encountering the ‘grisly spectacle’ of a drain full of condoms, according to his company.