New documentary tells the story of ‘The Thirsty City’

A new documentary showcases the major water issues Mexico City is facing at the moment and how the city has to cope with the consequences.

The 18-minute mini-documentary asks the question: How can Mexico City learn to live with water again?

Called ‘Mexico City: The Thirsty City’, the video was commissioned by the World Water Atlas which was an initiative by the Dutch Special Envoy for Water Affairs. 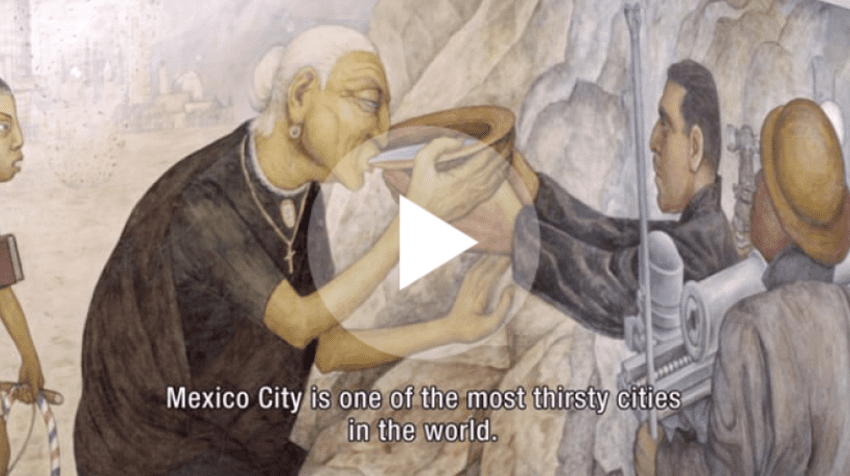 Mexico City: What has happened?

Tenochtitlan was situated on an island in a valley with countless lakes. Since the appearance of the Spanish conquistadors, the city has developed bit by bit without good water management while the lakes were constantly being drained.

At this point, there are just a couple of spots of open water lakes left, dispersed all through the valley. The city has in truth become an unshakable prop, because the city had to deal with situation with either too much or too little water.

The heavy rains cause flooding, however water can't be held and drinking water must be taken from somewhere else. On balance, the water shortage is expanding and, what's more, the ebb and flow water extraction system of the city is causing a critical reduction of water. Therefore, Mexico City isn't just a dehydrated city, but is also one of the quickest sinking urban areas on the planet.

By what method can the city figure out how to live with water once more?