Anusha Shah: This is our last chance

Resilience: An important part of growth and change

Anusha Shah believes now is our final chance to rethink and reset every aspect of our society in the post-Covid-19 world. She tells Tom Freyberg why we need to rebuild with green growth fuelling economic growth.

To fully understand mega challenges, such as climate change, it helps to have faced them personally.

Politicians and ministers are often accused of being out of touch with their demographics, and consequently, decisions made on education and healthcare sometimes lack understanding of how they impact frontline workers, in schools or hospitals.

Can the same be said for climate change professionals and consultants? How many can claim to have felt the true force of climate change, including drought or scarcity, before advising stakeholders on how to be more resilient?

Anusha Shah, the director of resilient cities at consultancy Arcadis, has first-hand experience of the devastating impact of flooding.

It started in 2005 in Northern England when the city of Carlisle experienced some of the worst floodings in its history. Over 1800 properties in the city were flooded, resulting in road and rail networks being closed.

Facing power and telephone lines being disrupted – “you don’t think the electricity will ever go”, she recalls, a local retired group took her to a local church as a sanctuary during one of the evenings.

Fast forward nearly a decade, and it was while visiting her home state of Jammu & Kashmir, India when she faced another life-changing event: flooding affecting over 2500 villages, including the capital city of Srinagar. It’s estimated at least 460 people died.

“It really caught the government off guard, and resulted in everything grinding to a halt,” she reflects.

After landing in Mumbai, Shah didn’t hear from her immediate family for over a week. While they were safe, her extended family and friends had been stranded, along with almost a million people being displaced. An unimaginable and for those involved a devastating experience.

Yet Anusha Shah can still see the positive in these stories of tragedy: a common theme of togetherness and community spirit.

“I really saw the community spirit bouncing back in the time of adversity and not just relying on some external system,” she recalls.

Approaching climate change as an emergency

A Fellow and succeeding vice president of the Institution of Civil Engineers (ICE), Anusha Shah is a partner of the London Climate Change Partnership (LCCP).

She also holds a master’s degree in science, water and environmental engineering from the University of Surrey and is a Royal Academy of Engineering - visiting professor on climate resilience, sustainability and inclusive design at King’s College, London.

Her understanding of ‘resilience’ in terms of how it relates to infrastructure can also be applied to how society should aim to bounce back from the current Covid-19 pandemic.

“Resilience is the ability for communities, organisations and businesses to survive, adapt, recover and return to a better state than before the event,” she says.

She believes that our current ‘pause’ is a rare opportunity to prioritise the building of healthy communities, where “green growth will fuel economic growth”.

Addressing the question of whether people will revert to business as usual, with a capitalist culture driving “profit over people”, she strongly believes we need to ask the question: “What is good economic growth?”

Along with the much-needed rethink, Shah argues that the current “procrastination” on fixing the environmental and climate issues will fall onto and affect the coming generations, “which isn’t right”, she adds.

“We have to address the elephant in the room and be bold enough to ask what defines good economic growth for society? Let’s change the narrative here and the way we consume resources. Until we do, people will go back to their offices, to the old normal and resume how things were before the pandemic.”

Doughnut economics and the resilience dividend

Shah references two major models as beacons of hope for the restart. The first is “doughnut economics” by Kate Raworth, which comprises a visual framework for sustainable development.

“This is fascinating,” she adds. “Something has to change in the economic models, one that operates within the means of the planet, and keeps the wellbeing of people at the heart of it.”

“We need to reset what good economic growth is – we need to bring in the social and environmental growth as a package, and then look at it differently.”

The second model is the resilience dividend valuation from the Rockefeller Foundation and the RAND Corporation.

“Building resilience means everyone preparing better for a disruption and improving current systems. It also enables people to build new relationships, take on new initiatives, and reach out for new opportunities - ones that may never have been imagined before – that is the resilience dividend,” states Shah.

The need to invest in scenario planning

To link pandemic planning to resilient cities, Shah believes we will have to invest time in “scenario planning”, adopting an “adapted pathways approach” and preparing for multiple scenarios.

“In reality, I do understand you can’t be 100 per cent protected against a perfect storm, but we can really minimise the risk, the disruption, loss of lives and livelihoods.”

“The “perfect storm” could even include the triple whammy of ecological, climate and agriculture emergencies at the same time.”

She says the “perfect storm” could even include the triple whammy of ecological, climate and agriculture emergencies at the same time, with a complete breakdown of food systems.

“Bring in the right people who have the real stories to say what happens in a real-life situation and then prepare and do scenario planning,” she suggests.

Shah is in the fortunate position to work for a company that works on resilience with cities around the world, giving her an overview of varying levels of maturity.

However, when answering the question of which city is leading in resilience, she says this has changed.

If you asked her before the pandemic, she would have said New York in the US.

She credits the “Big U” storm defence programme, part of the East Manhattan Resiliency Project in which Arcadis is involved.

She’s impressed with the speed with how the city responded to Storm Sandy and in putting together the feasibility and conceptual design to provide flood protection and social infrastructure.

“Now we have unfortunately seen the huge loss of lives and New York wasn’t prepared for that,” she says. “It remains to be seen how they put public health into resilience plans in future.”

In terms of a country-level resilience, Shah is impressed by The Netherlands; not only because “they’ve had to do it because so much of the country is below sea level and have had floods in the past”.

The consultant points out that despite building a world-class flood management system, with multi-level protection, the nation isn’t complacent and is constantly reinventing.

“What is most impressive is how the government talks to all of the stakeholders, the farmers and the way the whole country is involved in the planning,” she adds.

“I would rate them number one in terms of resilience. Even at a city level, there are schemes in Amsterdam that catch, hold and release downpours – they take blue-green infrastructure very seriously.”

One of Shah’s favourite expressions is “fortune favours the prepared”.

“We need to put people and wellbeing at the heart of what we do, not as an adjunct. In the past, we have genuinely tried to design the infrastructure for society thinking we know what they need. This needs to switch to ‘Let’s ask the society what they need?’”

Clearly, the world as we used to know it has been rocked to its very foundations because of the pandemic and it clearly will no longer be a case of ‘business as usual’.

If new models are needed, such as doughnut economics for a more circular society, then people like Shah will be essential to ensure the brave new world is resilient in more ways than ever before. 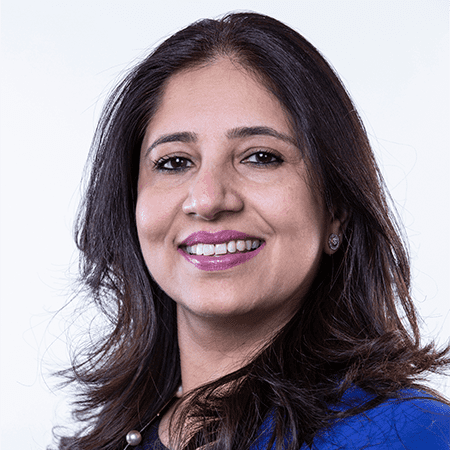