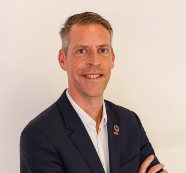 Alexander S. Lane is the Europe, Middle East and Africa (EMEA) Commercial Director for Water Solutions, a global leader in sustainable separation and purification technology. By leading the regional development and implementation of business strategies, Mr. Lane oversees the application of DuPont’s water treatment technology and its impact on the sustainability of water supply across EMEA. He became Commercial Director for Dow Water Solutions (now DuPont Water Solutions) at the beginning of 2015. Under his leadership, DuPont Water Solutions has focused on growing its franchise across region. Before joining Dow Water Solutions, Mr. Lane held several international management positions in the UK, Nordic countries, Germany and Switzerland. Alexander holds a first-class honors degree in Chemistry & Polymer Science from the University of Lancaster, UK. 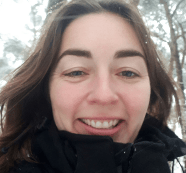 The Weather Makers are a group of passionate and pioneering engineers, with a background in coastal engineering and multidisciplinary projects. Social awareness inspired us to use our technical knowledge, skills and professional network in hydraulics, morphology, meteorology, ecology, hydrology and economy to start The Weather Makers and act against the climate issues the world is confronting today. Maddie is the Managing Director and Co-founder of the Weather Makers. 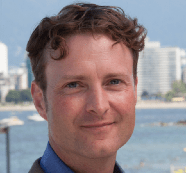 After being awarded a bio-chemistry degree, Paul’s first role was for the Body Shop working alongside the pioneering environmentalist Anita Roddick. Paul then volunteered for the World Wildlife Fund in Malaysia, and after completing a Master’s degree he later returned to research the effects that deforestation was having on water quality. Paul’s next role was with Atkins, one of the globally leading engineering management consultancies who are pioneering in their approaches to projects.

Whilst working as an engineering consultant, he observed the prolonged length of time it took to bring water technologies to the marketplace, so he founded BlueTech Research in 2011 to support innovation.

Paul’s latest project “Brave Blue World” is designed to increase awareness of existing solutions to the water crisis, he co-produced the documentary that has attracted support from a host of A-list celebrities. It is available to view in 29 languages on Netflix. Paul regularly lectures and has recently spoken at Davos 2020, Web Summit 2020 and at Harvard and Cambridge Universities. Paul now advises many global Fortune 500 corporates including L’Oréal, Microsoft and PepsiCo on their water strategy policies and has completed a PhD in Water Innovation.